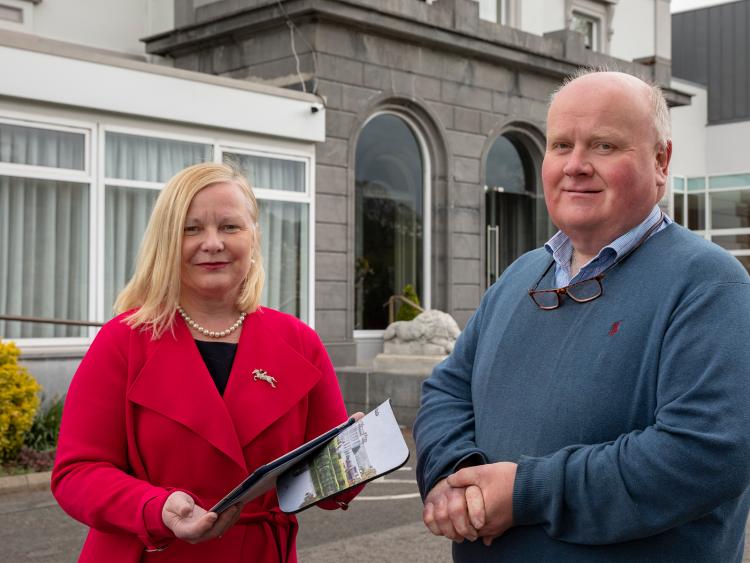 A hotel on its knees because of the Covid pandemic has been given a welcome lifeline by the victories of Minella horses in Cheltenham and Aintree.
Since the extraordinary exploits of the Minella horses there has been a massive surge of bookings at the Clonmel hotel.
The Minella name is now a global brand after the Gold Cup victory of Minella Indo was followed up by the historic achievements of Killenaule jockey Rachael Blackmore on Minella Times in the Aintree Grand National.
Prior to that remarkable Minella double taking place bookings for the Minella Hotel had been slow and hopes for a strong pick up in business post Covid were low.
All that has changed for the better following the scenes from Cheltenham and Aintree.
The phones have not stopped ringing at a hotel reception overwhelmed by flowers, cards and messages of congratulations.
Songs have been written about the Minella double, messages of congratulations from Tánaiste Leo Varadkar who has stayed at the hotel on a number of occasions, was received among many others and the requests from print and TV media in Ireland and England continue to flow in.
“As soon as the Grand National was over the phone has not stopped ringing,” said Elizabeth Bowen who owns the hotel with her brother John Nallen.
“The interest from people who want to stay here now is just phenomenal, people who were here previously want to come back and so many new people are also in touch,” said Elizabeth. “There are bookings for July, August and September. That would have been unthinkable a few weeks ago when there was very little happening. Accommodation in the courtyard houses are now booked out for August and bookings for the hotel are up significantly,” said Elizabeth.
“The business was just wiped out by Covid. Things were very difficult in the hospitality industry. Everything was gone - conferences, weddings, parties, Communions , Confirmations, funerals - everything. It was heartbreaking. A few weeks ago we had people ringing making enquiries but you would realise we were just on a list and nothing would come of it but now because of the two Minella wins we are a destination. People are ringing, making bookings and they wanted to come here and book their dates. Their minds were made up and this was the destination they wanted now,” said John Nallen.
Elizabeth said that the people ringing want packages inclusive of hotel stays linked to visits to Minella Racing at Lavally and other recreational activities such as the Blueway.
“We are seeing a big pick up now since the Grand National which is not only good for the Minella but also for Clonmel and Tipperary as a whole.
“The Rachael effect is huge and Tipperary is going to benefit from that. She made history and Killenaule is only down the road as well.
“People will want to visit the county, it is going to have a knock on effect for the horse museum in Fethard as well and people will want to tie it all together,” said John.
“The two Minella victories at Cheltenham and Aintree have had such a huge reach. Within half an hour of the finish of the Grand National I had a lady on the phone from Kentucky.
“The calls came from all over the world,” said Elizabeth.
“We have had calls from people who stayed here 30 or 40 years ago, they want to come back. The Minella double has generated such a huge amount of excitement,” added Elizabeth.