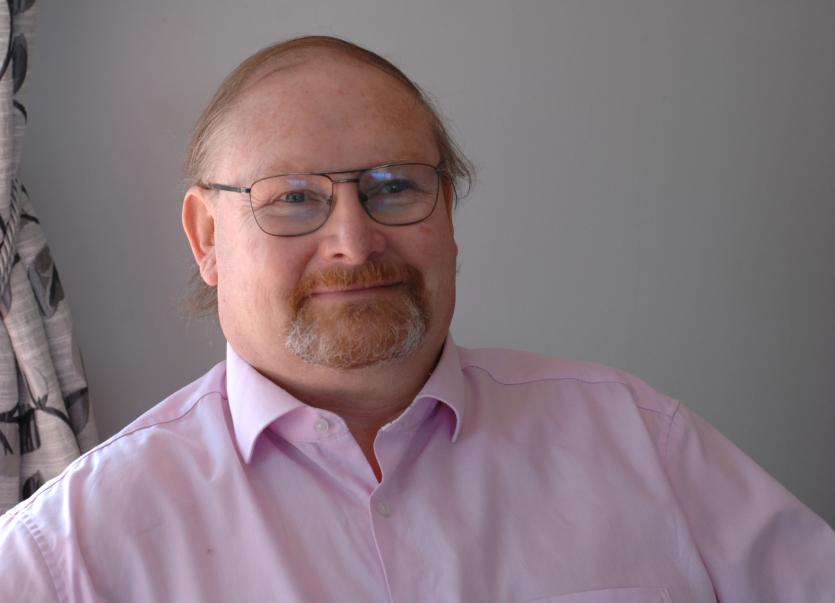 It’s often said “if you want something done, ask a busy person to do it”. It’s a well-known quote that easily springs to mind when talking with New Inn native John Hally.
Here is a man who has spent a lifetime of community involvement, and who now, even in his retirement years, intends to continue with all of that and indeed take on more.
It’s admirable to see that driving energy in someone and it’s a great attitude and philosophy to have in life, to serve and to help others. John Hally has those attributes in spades.
Currently John holds two very important local positions. He is chairman of the New Inn-based Rockwell Rovers GAA Club and he is also chairman of the New Inn Parish Council. He is well-known widely, firstly through his GAA involvement but also through his huge interest in drama.
However, since his retirement from the Support Staff in South Tipperary General Hospital in Clonmel two years ago for personal reasons John has found time to take on yet another role, that of a “Celebrant”.

TAKING ON A NEW ROLE

Somehow allowing for such a heavy schedule John had enough time, energy and enthusiasm to take on more assignments and hence his new role as a celebrant.
“Becoming a celebrant was something that has appealed to me for a long time and it was something I kind of wanted to do even when I was working,” said John.
“I applied to the Irish Institute of Celebrants (IIOC) and completed their training course which can be done over two years but, due to the lockdown, I got through my training in eight months,” he added.
Like many others I guess, I needed John to talk me through what’s involved in being a “Celebrant” and what exactly will be the service that he provides around marriages and weddings.
“As a family celebrant I can do quite a lot, I can help sort out celebrations for couples who want to get married but I can’t actually marry people - not yet anyway - that is the one thing I cannot do, I can’t solemnise people. Your marriage has to be solemnised by the registrar in a registry office,” John explains.
“But I can do everything else after that involving the celebration of a marriage. I can do the vows, I can do the rings, etc. It’s a service I provide for people who do not want to get married in a church,” he adds.
“Usually the couple go to a registry office to get their licence. The registry office is the official part of the ceremony, but just one part of it. All couples will want a celebration afterwards, maybe not immediately, but when they do want to mark their big day then a celebrant, like myself, can help with their plans, be it in a hotel, on a beach, or even in their own backyard,” said John.
“The celebrant can help organise the celebration, do the vows with the couple, preside over the exchange of rings, tell their love story in the form of a sermon should the couple want to do that. I suppose you could call it a “mock wedding” in so far as the couple are already legally married,” said John.

EXTREMELY POPULAR
“It is all very popular now in England and it is extremely popular in Australia and America and is slowing coming in here,” he continued.
Times are changing constantly in the world we live in today and many of the traditions of our parents and grandparents with regards to sacraments and ceremonies, weddings and funerals, are changing also.
“It is the same way with funerals. A lot of people do not want to go to a church anymore for funerals. A celebrant can help organise a funeral ceremony in conjunction with an undertaker if a family so wishes.
“The celebrant would be standing everywhere that a priest would stand, except of course, obviously not in a church. I would not be allowed inside a church door to do a service but that does not mean that I do not believe myself in my faith, of course I do,” added John.
I asked him would it not be seen by some as a conflict of interest in ways for him being chairman of the Parish Council and yet also providing the services of a celebrant.
“Some people have said it to me already. But it is not a conflict actually. Coming down the line we are not going to have the number of priests required for all ceremonies. Already 40% of funerals in Dublin and Cork at the moment are by civil celebrants with no priests present. I can do a funeral in any cemetery that is owned by the county council but I cannot do one in a church graveyard,” added John.
A practising Catholic and with a strong faith, the Parish Council chairman doesn’t see any issue with providing the service which he has been trained to do.

BIG CHANGES COMING
“If there is a backlash, I have already said it to one or two members of the council that if they have any issues with it I will step down from the Parish Council. But coming down the line there are big changes ahead and there will be a greater need for many different types of ceremonies in the future,” added John.
“I am going to call myself ‘Premier Celebrant’ and hope to be fully up and running next year. This year has been a write-off for weddings with Covid but I am now looking to 2022. I can do same sex marriages and also second marriages - I am after getting a couple of enquiries from people on second marriages already,” concluded John.

(A full interview appears in this week's edition of The Nationalist)