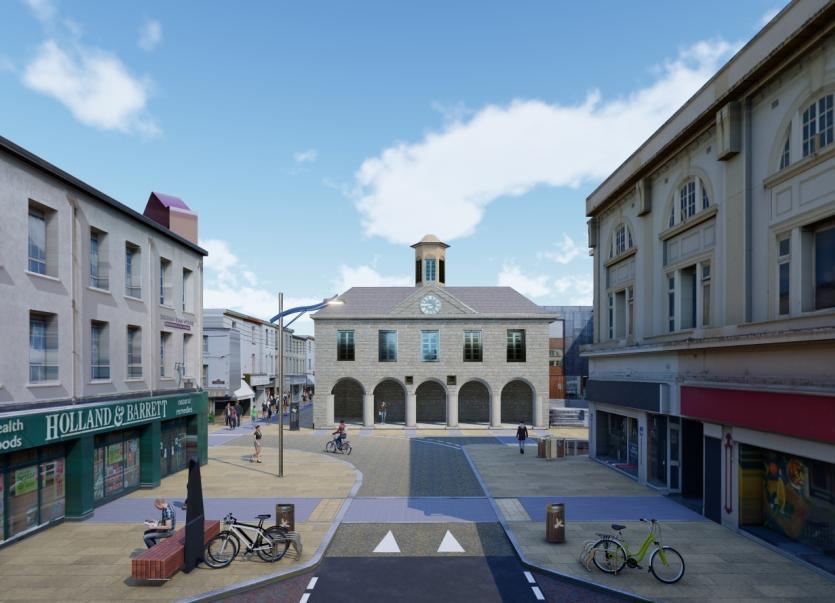 District Manager Sinead Carr has pledged that the ambitious €9.5 million urban design project planned for Clonmel will be delivered.
The plans suffered a setback when the town was excluded from the latest round of the Government’s Urban Regeneration and Development Fund (URDF) grant funding announced in March.
However Ms Carr told a meeting of Clonmel Borough District “we will deliver on that”, whether it was through the URDF or some other funding source.
“The concept for the town is the right concept and it has gone through a significant amount of consultation with people,” she stated.
She said the council was continuing with the design element of the project and she hoped it would go to tender before the end of the year.
Even before Covid-19, Ms Carr said there was “a change in focus in terms of the functionality of the town centre”.
She said it was about utilising the streets as an additional business space for the town and not just as a channel to get people from A to B, but as an economic function in themselves.
That was a key purpose of the plans.
She said the town was changing and its function in the future would include more outdoor dining and “active use of the space”.
District Mayor Siobhán Ambrose said that while Clonmel hadn’t been successful in the latest round of URDF funding, Tipperary County Council was engaging with the Department of Housing, Local Government and Heritage.
Cllr Ambrose had previously stated that the project could be a game changer for the town centre.
Under the scheme, major improvements are planned for the streetscape in the town centre including Irishtown, O’Connell Street, Wolfe Tone Street, Bridge Street, Old Bridge, Hopkin’s Lane, Blue Anchor Lane, Sarsfield Street, Mary Street, Mitchel Street, Abbey Street, Bank Lane, Gladstone Street, Market Street and Elbow Lane.
Clonmel’s exclusion from the last round of URDF funding has also delayed the Flights of Discovery tourism project, which includes the Bulmers visitor centre, the development of Suir Island and an interpretative centre at the West Gate; and the second phase of the redevelopment of the former Kickham Army Barracks.