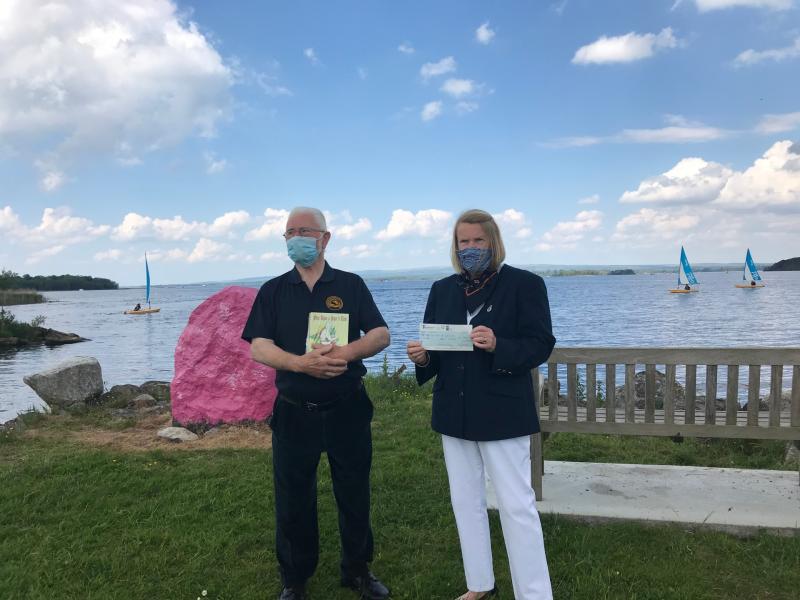 Joe Barry presenting Niamh McCutcheon with a cheque for the RNLI

On Sunday last Joe Barry presented Niamh McCutcheon, Chairperson of the Lough Derg RNLI Fundraising Committee with a cheque for €2,600 for the RNLI - the proceeds from the sales of his third book 'Once Upon a Piper’s Time'.

At 11am on Sunday morning, May 30 (and in compliance with Covid-19 guidelines regarding outdoor gatherings), members of the Lough Derg RNLI Fundraising committee and Lough Derg RNLI Lifeboat station welcomed Joe Barry, famed uilleann piper and writer, to their Lifeboat Station.

A long time supporter of the RNLI, Joe presented a cheque for €2,600, proceeds from the sales of his third book Once Upon a Piper’s Time, to Niamh McCutcheon, Chairperson of the Lough Derg RNLI Fundraising Committee.

Joe, whose book was first published in November 2019, had intended to present the cheque in 2020, but the pandemic prevented him doing so. He was accompanied by fellow musicians, Martin Shot and Cillian Roche, from the Thomas MacDonagh Pipe Band.

As a founder member of the Thomas MacDonagh Pipe Band in 1962, Joe and his band have performed around the world. They have played for President Higgins at Áras an Uachtaráin, at the St.Patrick’s Day Parade in New York and at a commemoration ceremony on the beaches at Normandy.

Closer to home, Joe, who plays the uilleann and highland pipes, led the Thomas MacDonagh Pipe Band at the opening ceremony for the Mirror World Sailing Championships at Lough Derg Yacht Club.

Joe says he first started fundraising for the RNLI following a Christmas visit to Kilmore Quay twenty-five years ago. He went there to hear the famous Kilmore Carollers and learned that the choir were all volunteers with the Kilmore RNLI lifeboat. After the service, Joe says he was invited by RNLI volunteer, the late Jack Devereux, to see the station and learn about lifeboat launches. He says since that time he has had a ‘deep respect for the brave men and women of the RNLI’.

On behalf of her fundraising committee and all the volunteers at Lough Derg RNLI, Niamh McCutcheon thanked Mr. Barry for his ‘ongoing generosity and support’. Niamh noted that although the pandemic had restricted fundraising activities, the RNLIs lifesaving operations have continued without interruption.

Niamh told Joe that his donation supported ‘volunteers training and equipment, and ensures our crew have the very best kit’ to perform a rescue and to then bring them home safely to their families, whom they must leave every time they respond to a Shout.

Niamh reminded the assembled group that in 2009 Joe donated €3,000 to Lough Derg RNLI; the proceeds from his first book Ate Mate and Follow the Band. Niamh commended Joe’s cousin ‘John Crowe and his wife Phyllis who underwrote the total printing costs of the book and Joe’s previous books so that all funds raised are benefitting the RNLI’.

Celebrating a big birthday recently, Joe asked that instead of gifts, friends and family made donations to the RNLI. Niamh has since received a further €100 after another ten copies of the book were sold.

Prior to the presentation, the fundraising committee provided refreshments, with kind permission, on the balcony of Lough Derg Yacht Club. Crew arrived back to station just as the presentation was being made and Joe was delighted to meet the volunteers and to see the lifeboat Jean Spier on the water. 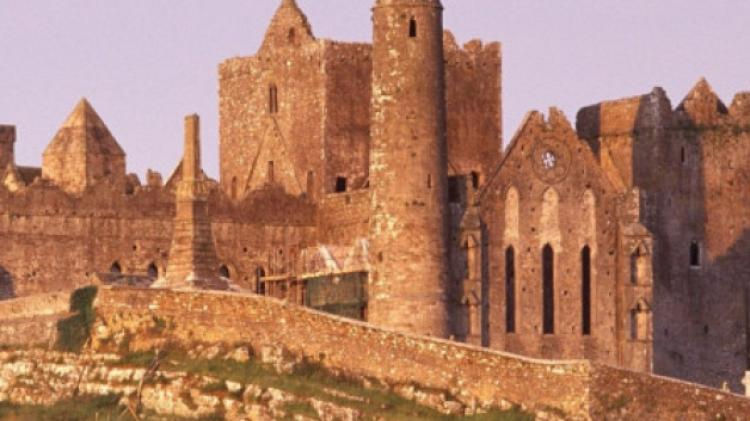 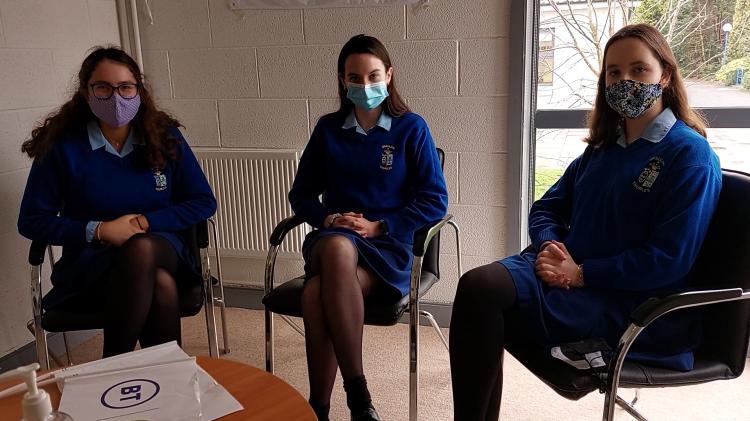