ARE YOU GOING FOR A PINT? 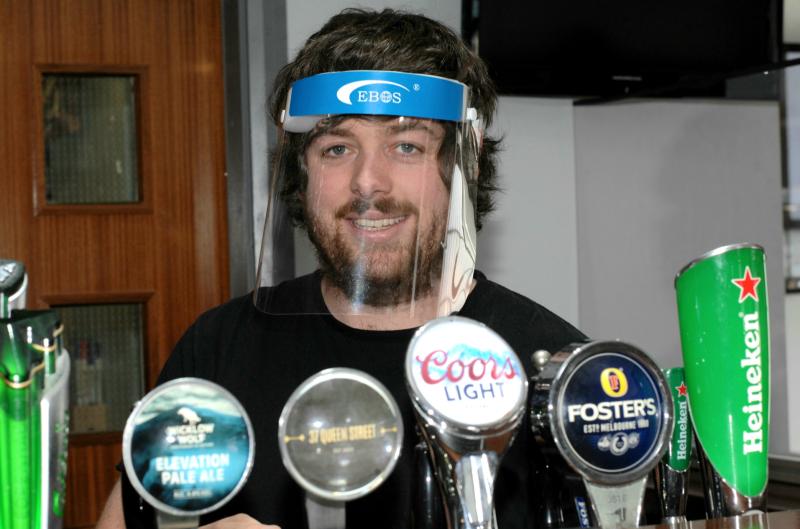 Ronan Walsh, manager of Clonmel pub “37 Queen Street,” is excited at the prospect of reopening on July 5

The Government’s announcement on Friday last that pubs could reopen from Monday, July 5 was broadly welcomed by Ireland’s hard-pressed publicans including Clonmel’s Ronan Walsh who manages the family-run business now known as 37 Queen Street (formerly Chrissie’s).

Welcome as the news is, and as excited as publicans are in general, this development can’t come soon enough in an industry where vintners’ backs are to the wall in trying to survive. Indeed pubs have now been closed so long that Ronan, in the spur of the moment, wasn’t exactly sure of when they last actually traded.
“We have been closed since last March with the exception of 16 days or so in September, I can’t even remember it seems that long ago. But we are really excited to be getting back to opening now.
“To be honest I don’t think it should be later than July because everything else is open. If you go down town today the place is packed, there is traffic everywhere, people everywhere,” he added.“But what I really want to say now is that when we do open we want to stay open this time even if that did mean a couple of more weeks which would be tough to take but we’d get over it. What happened the last time is that we had stock in hand and some of it we couldn’t send back and we were stuck with the loss on that. Other stock that we could send back we weren’t getting the full value back which was obviously a total disaster. It was another hit on top of everything else,” added Ronan.
“It is backs to the wall now for publicans. The bills keep building up all the time and they don’t disappear. And we need to get open as well because people’s habits are changing. I talk to people now that I know are regular pub-goers and some of them are saying that they are never going to go back to pubs. You know yourself with things in life if you don’t do something for so long you forget about it. So it is essential that we open now especially in the summer when people are out as well because the summer is our best time of the year so we need those couple of months. If the summer was gone it would be a total disaster,” said Ronan.
Outdoor dining is resuming from Monday next, June 7, but for most pubs and publicans that is a non-runner in many ways, in Ronan’s eyes.
“To be honest it’s not worthwhile for most places. And even the places that have the outdoor no one has a big huge area that’s needed like some of the city pubs. The outdoors is probably more work also in the sense that it’s all table service now so you have to have more staff on, you have less people coming in and less money coming in. It just doesn’t make financial sense. You need the indoor business running,” he said.
Now that the green light has been given for pubs to reopen once again, there is a certain anxiety in the trade regarding its future according to Ronan. Will all pubs reopen? Will habits have changed?
“Most places say that they are going to reopen anyway. But for a lot of them it is really backs to the wall now and they are really struggling. And if people don’t come back to the pubs - and there’s no guarantee they will - I think they will, I hope they will - so places could go under. They mightn’t go under straight away but it could easily happen in the future. But I am under the impression that people will be back to the pubs and that we will get back to the way we were and that the pub will be the centre of the community once again,” he said.
For Ronan, his mother Patricia and aunt Michele, proprietors at 37 Queen Street, the family-run business has continued to operate throughout the pandemic through their off-licence which is located next door to the pub. “It has been a help, no doubt, but that part of the trade is tough business too,” said Ronan.
“We are lucky in that sense to have an off-licence. But the thing with the off-licences is that the profit margins are so small that you are not making a lot of money as there is a world of competition out there in the market. Thankfully minimum unit pricing is coming into effect next January and we are greatly looking forward to that legislation being put in place. That will level up the playing field for everyone,” said Ronan.
“All that said, we are really excited again to be getting back open on July 5. We have all the staff back in training now learning how to make new cocktails, learning about craft beers, gins and whiskeys for the menu. It is an exciting time at 37 Queen Street and I think everyone is just eager to get back at it, get open and welcome people through the doors once again,” concluded Ronan.