Anger over removal of €250,000 from Clonmel's roads budget for next two years 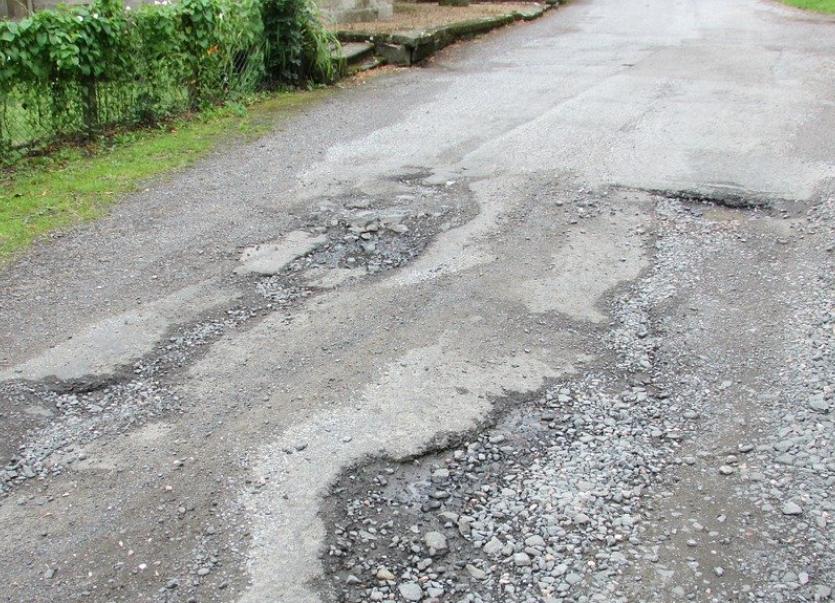 The fight to ensure that €250,000 wasn’t removed from the budget for road repairs and maintenance in the Clonmel area would continue, District Mayor Siobhán Ambrose has stated.
“Clonmel cannot be the fall guy or the fall girl for the county,” Cllr Ambrose said at a meeting of Clonmel Borough District.
While works for the Clonmel District including litter and waste management, drainage, lighting and burial grounds maintenance would be approved, all the Borough District members were “extremely annoyed and frustrated” with the proposed reduction in the roads budget, said the Mayor.
She stated that 20% of the budget for the towns around the county was being diverted to the overall budget for the worst roads in the county.
Clonmel would take the biggest hit and this wasn’t something they were happy about.
The Clonmel District had the smallest roads network and received the smallest allocation but had the largest population in Tipperary.
If the budget was cut it would have major implications for Clonmel’s roads. It was also creating a towns versus rural areas situation, she said.
Cllr Michael Murphy said he didn’t support the reduction in the roads budget but it would be discussed again at the next meeting of Tipperary County Council.
He didn’t want to hold up the other works planned for the Clonmel Borough District and proposed they would proceed.
There were roads in the Clonmel District that were in a bad condition and he wondered why they were being penalised.

“This is town versus rural, north versus south and it’s the wrong approach,” he stated.
Cllr Pat English said it was proposed to take €250,000 each year for the next two years from the Clonmel roads budget and for how long would that continue, he asked. He also said there was no guarantee that the money going into the central coffers in the county would be returned to the Clonmel district.
There were local roads all over the Clonmel area that were in poor condition.

The money was being diverted to areas including Thurles and Nenagh that had the worst roads in the county but those areas should be looking to central Government for funding, said Cllr English.
Cllr John Fitzgerald said there were five parishes around Clonmel that were part and parcel of the District and there were plenty of bad roads in those areas of Rosegreen, Lisronagh, Clerihan, Kilsheelan and Kilcash.
Clonmel shouldn’t be viewed as a large metropolitan area because it had plenty of rural roads that needed investment.
“We are becoming victims of our own success,” he added.
Cllr Fitzgerald seconded Cllr Murphy’s proposal that the other local works in the District should go ahead.
District Manager Sinead Carr said she believed there would be “movement” on this issue, although she wasn’t making any promises.
She said that Joe McGrath, Chief Executive Officer of Tipperary County Council, was giving serious consideration to the genuine concerns expressed by the members, and was trying to come up with a solution regarding funding for the roads.
However, while it was clear that none of the members were happy with the roads allocation, she said that the District Engineer needed to “drive on” with the programme of works for the Clonmel Borough District.