William Quinlan is a former student of Kilcommon NS 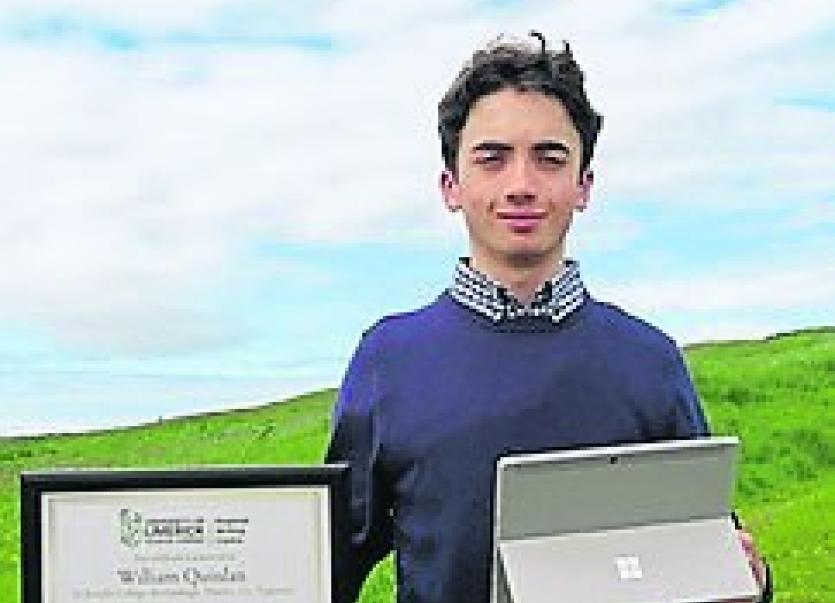 The competitors were asked to discuss the topic: "To what extent is the current one exam system of the Leaving Cert suitable and fair for students? Is there a better system that could be implemented in Ireland?"

The primary purpose of the nationwide competition is to give students the opportunity to engage in a social debate through writing and to prepare them for argumentative writing at third level.
In addition, the competition highlights the University of Limerick’s commitment to supporting the educational advancement of prospective students.

Three finalists are selected after a lengthy selection process and the winning essay is distinguished from the runners up in the degree to which a persuasive original argument has been developed, the depth and sophistication of the argument's framework and the level of familiarity with/understanding of relevant social issues and implications.

William was announced as the overall winner at an online prize-giving ceremony hosted by Professor Kerstin Mey, President of UL.

The event was chaired by Laurence Cleary, director of the UL Regional Writing Centre alongside Professor Mary Fitzpatrick. William was awarded a Microsoft Surface Go Tablet and Winner Certificate. Professor Mey congratulated William and the two runners up for the excellent standard of their writing.

William is a former student of Kilcommon NS and attends St Josephs College, Borrisoleigh. The runners up were Oscar Murphy, Ranelagh, Dublin and Kate Owens, Galway.