From Tipperary to Tahiti - Fergal O'Keeffe's advice on how to spot the scams! 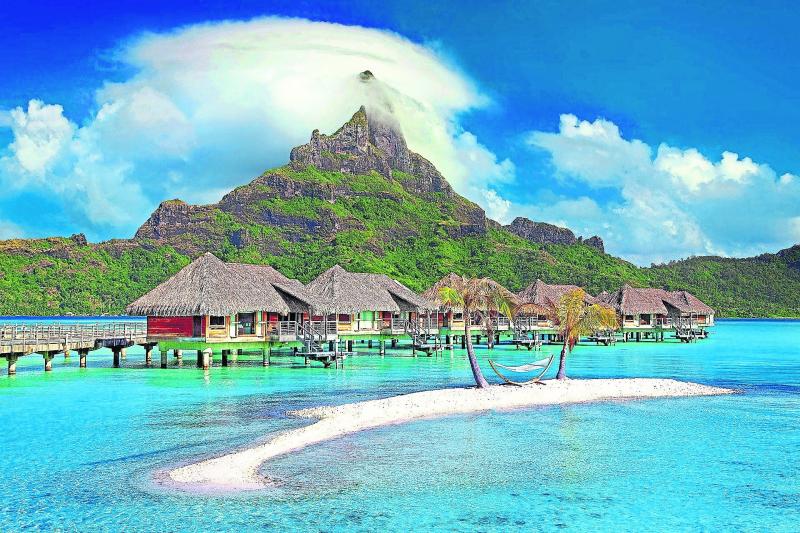 The villa was next door to Marlon Brando’s old house and had a huge tropical garden going all the way down to a small coral beach.

At the end of the 90s I went travelling with my girlfriend (now wife) for a year around the world.
Prior to departure I had been given sage advice by a seasoned traveller to be trusting of locals and be open to taking up offers of hospitality as this would lead to the best experiences of our trip.
That great advice did lead to some of my most memorable adventures like the time we were in Tahiti trying to get a place on a boat to Bora Bora but it was full, as it was the Christmas holidays.
A French man in the queue overheard us struggling to explain ourselves in French to the clerk and helped to get us the last two places on the boat for the next day.
He then kindly offered for us to stay at his house for the night.
We took up the offer remembering the “be open to offers” mantra.
But as we drove in his old pickup truck, out of the capital Pape’ete, to his house in the countryside, I became conscious that no friend or family knew where we were going. There were no mobile phones in those days.
My worries were immediately dissipated when we arrived at his villa and were met by his lovely Tahitian wife.
The villa was next door to Marlon Brando’s old house and had a huge tropical garden going all the way down to a small coral beach. We picked fresh pineapples, mangoes and coconuts from their trees for supper.
We experienced a wonderful evening listening to stories about when Marlon Brandon lived on the island. We were driven back to Pape’ete to get the boat to Bora Bora the next morning.
That wonderful experience in Tahiti reinforced my belief to be trusting of locals when travelling. But the flipside of that trust is people interpreting our openness as being gullible and thus trying to scam us.
Everywhere we went we seemed to attract dodgy locals, out for a scam, like moths to a flame.
There is a balance when travelling to being open but also having your guard up, so you aren’t taken advantage of.
The trick to a successful trip is recognising that. Our first stop had been to Lima in Peru which is one of the biggest cities in South America. We were buzzing with excitement and anticipation on the first day of our year long adventure.
That first night we went to a nice restaurant for a celebratory dinner. I had the “be open” mantra in my head and told the friendly waiter all about our travel plans. I paid for the meal with a crisp $50 note I had gotten that day in Miami airport.
As we were walking back to the hotel the waiter came chasing after us shouting to stop.
He produced a $50 note and said it was regrettably a fake. I apologised and gave him a new €50. He said there was no need to involve the police as he could see we were nice people and he kindly wished us the best on our travels.
The next day I was recounting our lucky escape to my brother by email when he replied: “You know you were scammed, don’t you?”
I had been scammed on the first day and didn’t even notice. It was the best thing to happen to us, as from then on, we vowed to never be scammed again.
But not only did we vow to be ever vigilant, but we also weren’t going to let it stop us being open and trusting.
That was tested in India.
When we flew to New Delhi we arrived in the middle of the night.
We had accommodation booked but when we stepped out into the arrivals hall we were hit by the oppressive heat and the constant hum from the crowds.
We found a taxi and as we drove to the hotel, we were followed by over ten tuck tucks weaving in and out around our taxi. When we eventually got to our hotel the tuck tuck drivers blocked the entrance to the hotel door saying it was closed and they could bring us to another better hotel. I had to push my way forcefully through them to buzz the door and get to safety inside.
The next morning we eventually worked up the courage to venture out after the unsettling experience from the night before.
We were no more than 100 yards from the hotel when a small boy came up to me and said: “Sir, look, a bird has dirtied your shoes.” I looked down to see white blobs on my shoes.
“You’re right. What do I do now?” I asked the boy. With that he produced a shoeshine kit from behind his back and with a big smile said: “I can help you, sir, for a dollar”. “Deal,” I said.
As he cleaned my shoes we chatted, and he gave us great tips on where to go and what to see. The trick was to see the scam but not retreat into your shell.
We were continuous targets for scams, but by the end of our trip we had learned to spot them a mile away and if a story was too good to be true then it usually was.
People tried to sell us cheap diamonds in Bangkok because it was allegedly the Queen’s birthday. In Bali, we were told we had won a two week holiday.
We just had to buy a timeshare first. We had come a long way in a year from novices to scam spotting experts, but it didn’t stop us keeping our trust in people and we had many great adventures as a consequence.
All the episodes for Travel Tales with Fergal are available now on www.traveltaleswithfergal.ie.