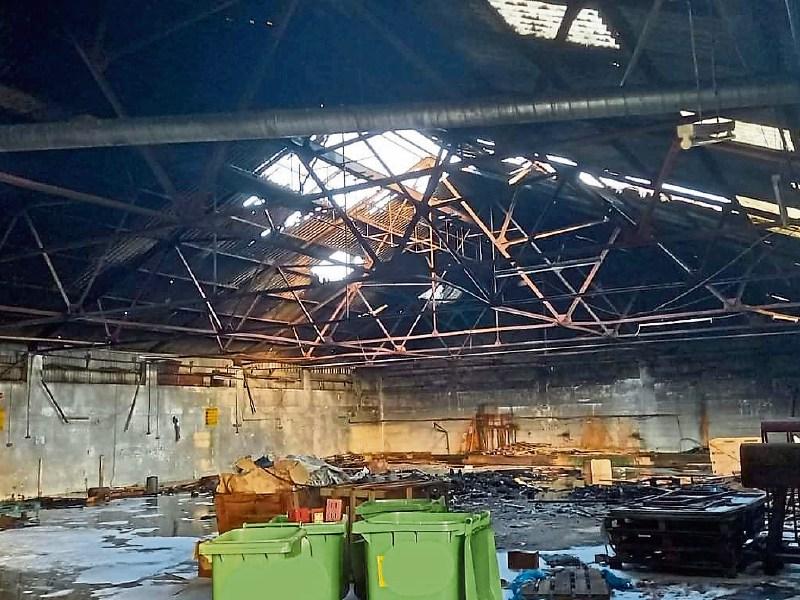 The aftermath of the fire at the warehouse at North Quay, Carrick-on-Suir

Gardaí arrested a youth last week in connection with their investigation into an arson attack on a derelict warehouse in Carrick-on-Suir a month ago.

The youth was arrested last Wednesday, September 9 and questioned in relation to the fire  on Carrick-on-Suir’s North Quay on Friday, August 13.

A garda spokesperson said the youth was subsequently released from garda custody pending the submission of an investigation file to the National Juvenile Office and further arrests are expected in the coming weeks.

“Carrick-on-Suir gardaí would like to thank the public for their assistance with this matter,” the spokesperson added.

A significant amount of damage was caused to the derelict warehouse as a result of the fire, which was put under control by Tipperary Fire Service personnel.

“Gardaí have sealed off the premises and surrounding area. Witnesses state they saw a number of youths run from the building prior to the fire starting,” continued the garda spokesperson.

“Gardaí have on two previous occasions attended fires in this location and believe all fires were started deliberately.

“We will conduct a technical examination of the scene once it is safe to do so. We are treating this incident as suspected arson.”

Gardaí are appealing to anyone who may have been in the North Quay area between 4pm and 4.30pm on August 13, particularly drivers with dashcam footage to contact Clonmel Garda Station on (052) 6177640, the Garda Confidential line on 1800-666-111 or any Garda station.