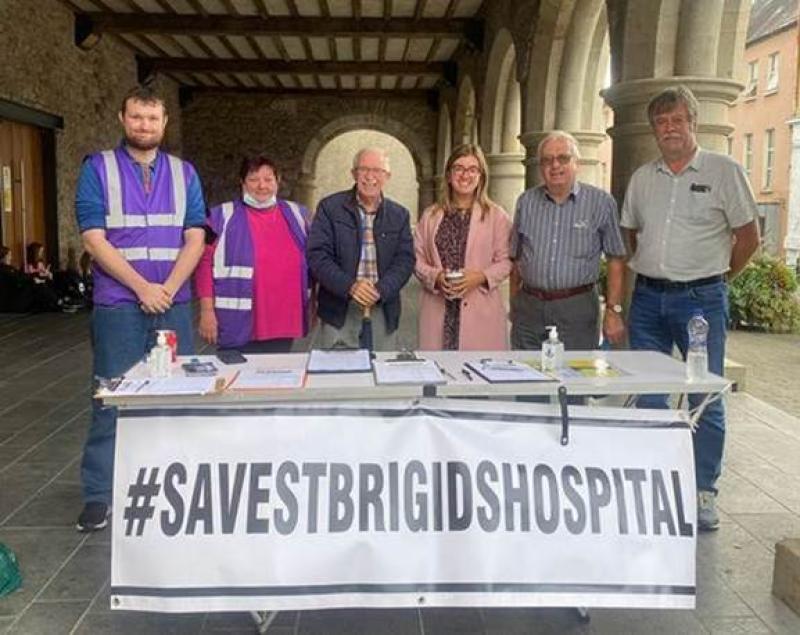 Tipperary TD Mattie McGrath accused the HSE of "betraying" the people of Carrick-on-Suir by closing their town's district hospital last year during the pandemic.

And the Independent TD says they have been "badly let down" by the Government parties who have failed to instruct the HSE to keep the hospital open.

Deputy McGrath issued his strongly worded statement supporting the Save St Brigid's Hospital campaign ahead of the local action group's protest over the hospital's closure outside the Dáil from 1pm to 3pm today.

“The save St Brigid’s Action Group has so far collected almost 11,000 petitions calling for the retention of services, which they are planning to present to the Oireachtas Public Petitions Committee. They are to be highly commended for their steadfast efforts.”

“Thousands of people who have signed this petition have faith in the staff, the management and indeed in the nursing care in St Brigid’s Hospital.

"The people of Carrick on Suir and South Tipperary and into Waterford and south Kilkenny fundraised to put hospice beds in place in this hospital.

“This is an issue that I have consistently raised since April 2020 with the HSE, the Minister for Health, the Minister of State with responsibility for Mental Health and Older People, the Tánaiste and the Taoiseach.

"Last week in the Dáil, I again appealed to Taoiseach Micheál Martin to meet with the campaign group when on his visit to Ardfinnan, Tipperary last Friday.

“The Government have allocated an additional budget of over €3.84 billion to the HSE for pandemic related measures," deputy McGrath continued.

"Despite this enormous extra allocation, the HSE proceeded to close this hospital in the middle of the pandemic, even though financial resources were available and were being thrown around like confetti.

“The people of Carrick-on-Suir, east Waterford, and south Kilkenny have all been betrayed by the HSE actions pertaining to this issue. Furthermore, they have been badly let down by the government parties, who have utterly failed to give an instruction to the HSE to keep the hospital open.

“I will continue to do everything in my power to support the local action group and look forward to meeting them in Dublin tomorrow.” concluded Deputy Mc Grath.