Take a look back! 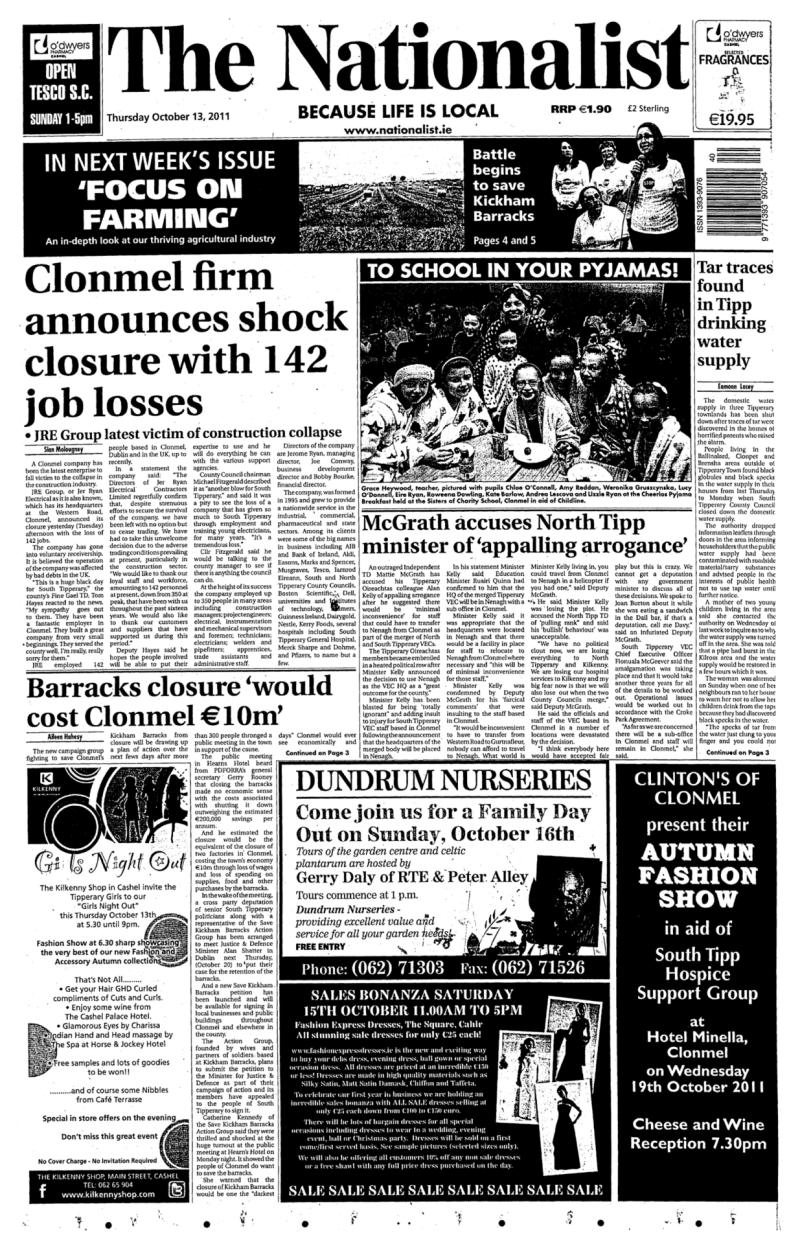 The JRE Group, which had its headquarters on the Western Road, Clonmel, announced its closure on Tuesday, October 11. Sian Moloughney’s report said “the company has gone into voluntary receivership. It is believed the operation of the company was affected by bad debts in the UK”.

Also on the front page that week Independent TD Mattie McGrath accused his Tipperary Oireachtas colleague Alan Kelly of appalling arrogance after he suggested there would be “minimal inconvenience” for staff that could have to transfer to Nenagh from Clonmel as part of the merger of North and South Tipperary VECs.

The Tipperary Oireachtas members became embroiled in a heated political row after Minister Kelly announced the decision to use Nenagh as the VEC HQ as a “great outcome for the county”.

Aileen Hahesy had a story that week about a new campaign group fighting to save Clonmel’s Kickham Barracks from closure who were drawing up a plan of action after more than 300 people thronged a public meeting in the town in support of the cause.

The public meeting held in Hearns Hotel heard that closing the barracks made no economic sense and that it would be the equivalent of the closure of two factories in Clonmel costing the town’s economy €10 million through loss of wages and loss of spending on supplies.

Also we carried a front page piece about tar traces found in Tipperary drinking water in the Ballinalard, Clonpet and Brensha areas outside of Tipperary Town.