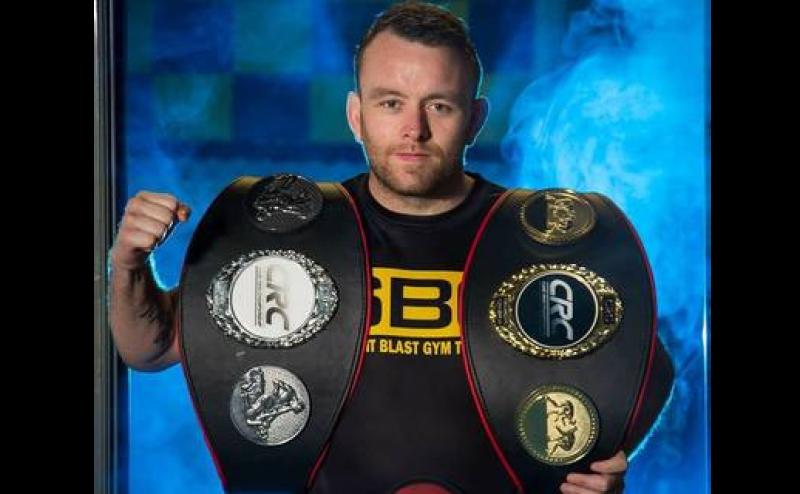 Roscrea was en fete on Saturday night celebrating a local fighter who saw off staunch opposition to win the title of Battle Arena World Welterweight Champion.

Roscrea's Adrian Elbert put on powerful display to bring Jordan Sood to the mat early in the second round, and the referee had to stop it with a minute remaining

Cllr Michael Smith led congratulations at this month's Thurles Templemore Roscrea municipal district meeting, saying the town was ecstatic at Adrian's win. “Everybody in Roscrea was delighted that a Roscrea man is a world champion, and last night we celebrated that”.

Cllr Michael Smith said he had been delighted as Cathaoirleach to support Adrian’s hard work, commitment and dedication to his sport. “A world champion means so much to Roscrea. It’s something we should acknowledge as a municipal district in the coming weeks. It’s a world champion that has done so much with his academy. It was huge. It was lovely to be part of that last night.”

Cllr Shane Lee paid tributes to the world welterweight MMA champion. “It was great to see people getting out and supporting Adrian and his family. It was very well received.”