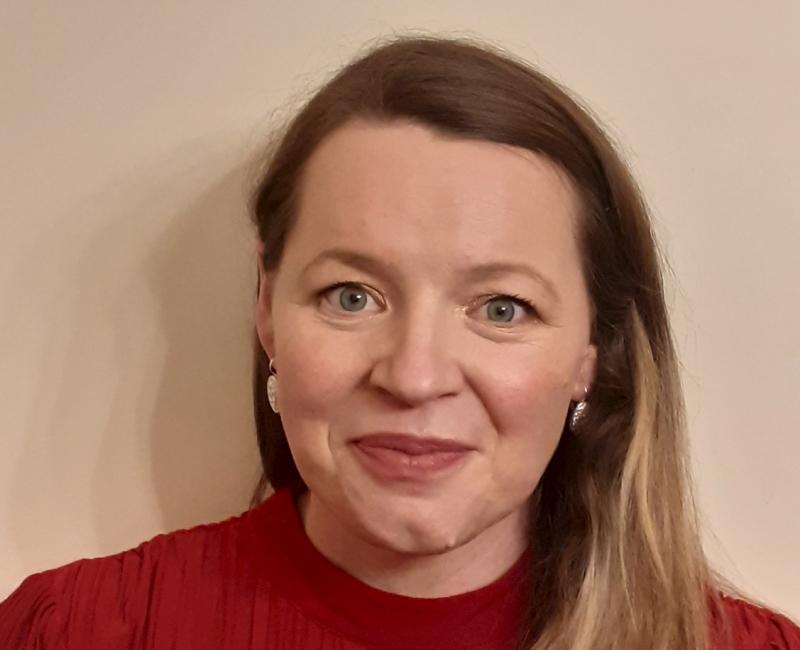 The Fine Gael members in the Thurles Local Electoral Area selected Peggy Ryan as their nominee to fill the casual vacancy on Tipperary County Council - Peggy is the sister of former Councillor Peter Ryan, who resigned his seat last month.

At a virtual Co-option Convention held on Monday night, Peggy was unanimously proposed by all 4 Fine Gael branches, Thurles, Moycarkey, Upperchurch and Drombane.

Peggy is a graduate of the Ursuline Secondary School in Thurles. She was the chairperson of the school council, participated in school musicals, and was a school orchestra and choir member.

Peggy has a degree in History, Politics and Social Studies, a Masters in Theoretical and Experimental Linguistics. She has recently completed a Postgraduate Diploma in Social Policy and Practice.

As her academic qualifications show, Peggy has always been interested in politics. She is passionate about social policy and its impact on people's quality of life. She is eager to bring her skills and knowledge to use as a public representative.

As Peter Ryan's sister, Peggy is well placed to carry on the many projects he started and ensure completion. Peggy will work closely with Peter to ensure a smooth transition without disruption to the work of Tipperary County Council.

Both Peter and Peggy thanked the Fine Gael members and the community for all their support Peter received for the last two years and Peggy for the good wishes since seeking the nomination.

Peggy thanked Peter for the work he has done during his time as Councillor.
"I am incredibly proud of the work that Peter carried out, and I want to thank him for the support he has offered and will continue to offer me as I take on this role. I also want to thank all those who have been so encouraging towards me within the local branches since the nomination process began," she said.

Peggy is passionate about housing, disability awareness and the facilitation of needs, especially in educational settings. She is very well aware that locally, issues connected to roads and environmental concerns, e.g., rubbish dumping, are core issues.
Peggy is expecting her first child in December, which brings added motivation to work tirelessly for the people of Tipperary.
"I will be so proud to represent my child locally and demonstrate the capacity of women to succeed in politics," she said.

Speaking at the selection convention, Senator Garret Ahearn welcomed Peggy to the Fine Gael Team. "Congratulations to Peggy Ryan on being selected tonight by the Fine Gael members in Thurles to go forward as their choice to fill the vacant seat on Tipperary County Council. I know Peggy will continue the excellent work achieved by her brother Peter since 2019.
“These are challenging times, and the role of a local councillor is even more important. I know given the opportunity, Peggy will represent her community with immense pride.

Councillor Noel Coonan spoke of Peggy's temperament and ability, adding that Peggy will prove to be a progressive voice for the people of Thurles and its environs- also well placed to understand both local and national challenges. Her nomination will enhance the gender balance in the District as it has been all men up to now. He wished her well on behalf of his councillor colleagues and offered his support.