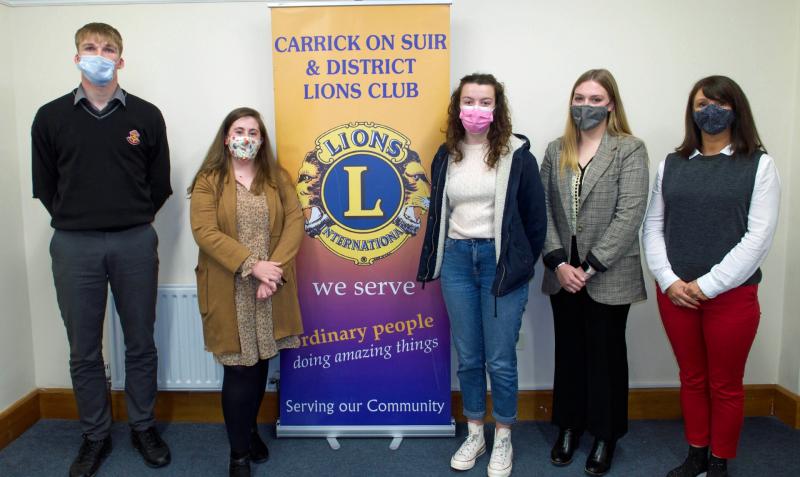 A Scoil Mhuire Secondary School student will represent Carrick-on-Suir Lions Club in the All-Ireland final of the Lions Young Ambassador of the 21st Century Awards next week.
Kendra Watson was chosen by a panel of judges as Carrick-on-Suir Lions Club’s Young Ambassador after putting forward an impressive proposal for a communal sensory garden as her community project.

She now goes forward to the national final in the NewparkPark Hotel in Kilkenny on Saturday, January 15.
Kendra was one of four nominees for the local final of the awards scheme that recognises young people aged between 15 and 19 for their outstanding community service, leadership accomplishments and communications skills.
The other local nominees were Caoimhe O’Shea, Scoil Mhuire, Carrick-on-Suir; Joni Hunt, Red Cross and Oscar Geoghegan, Edmund Rice Secondary School, Carrick-on-Suir and the local final took place in the Nano Nagle Community Resource Centre in Carrick on November 16. Carrick Lions Club said all four students were winners and were highly commended by the judges for their great work in the community.
The judging panel included John Connolly, St Vincent de Paul; Patrick Lannen, Haven Pharmacy and Linda Fahy, Tudor Artisan Hub. The Young Ambassador Award competition was organised locally by Emer Barry, a new member of Carrick Lions Club.