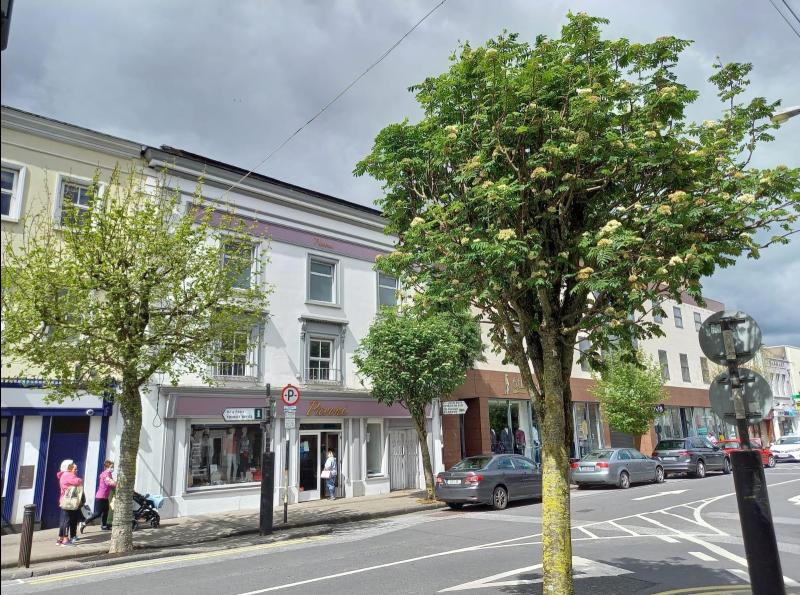 There appears to be quite a bit of opposition to the removal of the trees in Clonmel town centre.
The ‘Save the Trees' campaign has received over 2000 signatures. People like the trees and I include myself in that. I think they are nice and in an ideal world they would continue to form part of the infrastructure of Clonmel town centre. Unfortunately, we don’t live in an ideal world and we need to work within the constraints presented to us and with a certain amount of pragmatism.
With that in mind I believe the reason for removing the trees are well considered and justified.
The trees on several streets in the town including O’Connell Street and Gladstone Street are to be removed as part of Clonmel’s urban redevelopment plan. This is a €9.5 million redevelopment of the town centre which forms part of the series of redevelopment projects planned for the town.
It is a development that most people would agree is badly needed in our town. Tipperary County Council employed expert consultants to carry out a scheme design including the necessary ancillary studies.
CONSULTATION
This then went for public consultation in September 2020 and was subsequently accepted by the council. Included in the design proposal was a detailed topographical survey of the entire project area mapping the position of all services, existing street levels and natural features including trees.
A traffic study, archaeological impact assessment and an environmental impact report were carried out.
RADAR SURVEY
A ground penetrating radar survey was carried out in 2019 and showed a high presence of existing electrical, communication and fibre optic cabling at shallow depth.
With the input of various expert consultants and having taken on board public feedback through the public consultation process the council did not include retaining the current trees as a condition when it published the Chief Executives report.
I accept this decision. I believe the council followed the necessary process and had all the necessary information at hand to make an informed decision on the fate of these trees.
In the design report the reasons given for removing the trees is as follows: “As kerb lines will be redefined to allow for greater footpath space, the existing trees and planting throughout the town will become obstructive to the clear throughway of footpaths which will require the existing trees to be removed.”
The redesign of the town centre complies with design standards such as the Design Manual for Urban Roads and Streets commonly referred to as DMURS.

BEST PRACTICE
This document is published by an multidisciplinary expert group for the Department of Transport, Tourism and Sport and the Department of Housing, Planning and Local Government and provides guidance on all aspects of a urban streets design including tree planting, traffic management, footpath design, urban drainage etc.. “It presents a series of principles, approaches and standards that are necessary to achieve balanced, best practice design outcomes with regard to street networks and individual streets.”
COHERENT PLAN
The trees in Clonmel are sporadically positioned such that integrating them into any kind of a coherent plan and complying with necessary design standards would be unachievable.
The roots of trees can be several times the size of the canopy, the roots of these 40 year old trees likely extend for several metres and can lift sidewalks, invade sewer pipes and crack building foundations.
It would be a shame to re pave the whole town and then see it damaged after a couple of years by heaving tree roots.
The existing water mains are over 100 year old cast iron pipes that will need to be upgraded. New stormwater pipes are proposed throughout the town centre and existing eir, electrical and fibre optic cabling needs to be extended to greater depths in order to comply with current standards. Carrying out these works would be made unnecessarily complicated and costly if they have to be rerouted to avoid tree roots.
The scheme proposes replanting the street with trees that are more suited to an urban environment. I believe this is a reasonable thing to do.
These trees would be planted in tree pits which encourage tree roots to grow downwards and prevent them from spreading wildly, interfering with underground services and damaging the new pavements.
Of course, it will take time for new trees to reach full maturity but there are other benefits to replanting that are also worth mentioning. For instance there is provision for Sustainable Urban Drainage design (SUD’s).
HARMFUL POLLUTANTS
This would see flowerbeds and tree pits used to filter harmful pollutants from water before discharging it to the stormwater drains.
While there is much about the urban redevelopment plan that I don’t like, there is also much to be celebrated. New CCTV cameras and improved street lighting will add a sense of security, widened pavements with tactile finishes will improve access for people with impaired mobility, the addition of seating areas and flower planters will make the town centre a more pleasant place to spend time.
SUIR ISLAND
Separately, the project to redevelop Suir Island is currently in consultation and would give people access to a really nice new space which has old native trees much nicer than those trees currently in the town centre in my opinion.
ENTHUSIASM
I think we should welcome these developments with enthusiasm and provide feedback by engaging in the public consultation processes but thereafter we should trust the people employed to improve our town to make the right decisions.
Clonmel received no funding from the Urban Regeneration and Development Fund (URDF) when it was last awarded in March 2021. I can’t help but think that funding is more likely to be awarded to projects for which there is widespread support from the public.
I believe the people of Clonmel are in favour of the redevelopment of the town centre. Of the 156 respondents to the public consultation process 89% responded “yes” when asked if they are in favour of urban realm improvements to Clonmel.
While I don’t doubt the sincerity of the people supporting the “Save our Trees” campaign I trust that the due process was followed by the council in their decision making process and I worry that the negative publicity of this campaign has an adverse effect on our towns ability to win funding for the redevelopment.