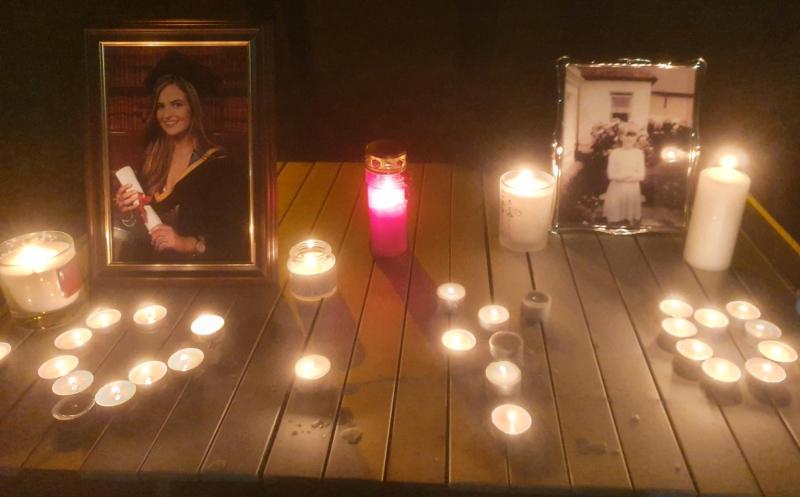 Vigil in Memory of Ashling Murphy R.I.P.
A very moving and sincere reflection took place to remember Ashling Murphy who was brutally murdered last week in Tullamore while out jogging. Mass was celebrated in Clogheen church on Saturday last and  this was followed by a candle lit procession to nearby Lios Mhuire Green where the people were greeted with beautiful sombre Irish music performed by Bobby Gardiner and his daughter Linda and a number of other musicians joined in to remember Ashling.
A great crowd gathered and the reflection of the candles made this very poignant.
On the night we also remembered Carmel Cahill, a local Clogheen girl just 13 years-old, who was murdered in Clogheen 52 years ago.
We remember both victims at this very sad time. May they rest in peace.
Please keep safe and lookout for each other, thank you.

Also a concerned community in New Inn, in solidarity with everyone throughout the country, held a vigil on Saturday. Comhaltas Cahir played at the remembrance at Lagganstown Christmas Crib. Local man Paddy Belvue recited a poem and a few more locals sang some lovely songs with Fr. Bobby. All in memory of Ashling Murphy.