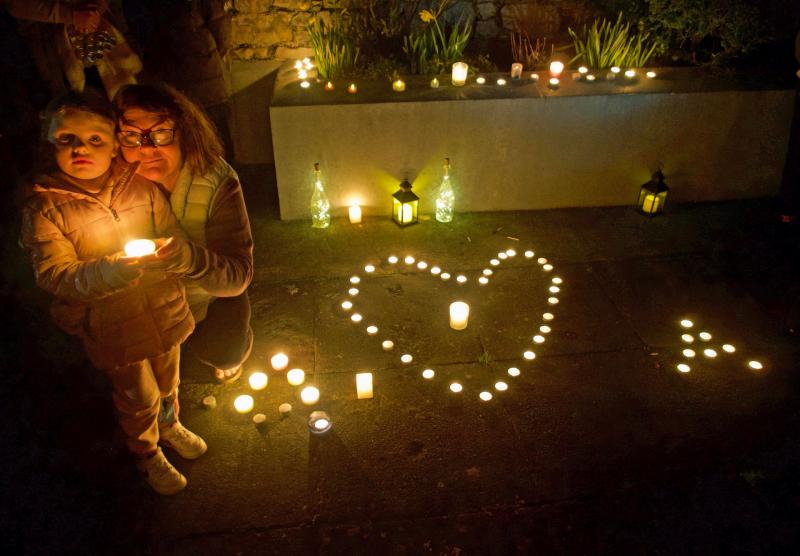 Pictured above is Tina Walsh with her little granddaughter Lottie attending the vigil held at Ballylynch Memorial Garden in Carrick-on-Suir on Friday, January 15 in honour of the late Ashling Murphy, who was murdered in Tullamore, Co Offaly last week.

The vigil was organised by members of the Ballylynch Residents Committee Pamela Power and Tina Faulkner and also local resident Elaine Wall.

More than 40 residents attended and prayers were said at the Memorial Garden site which was illuminated by a beautiful display of candles.

A spokesperson said that even though they had not known Ashling, everyone in Ballylynch was deeply touched by the tragedy and sad loss.