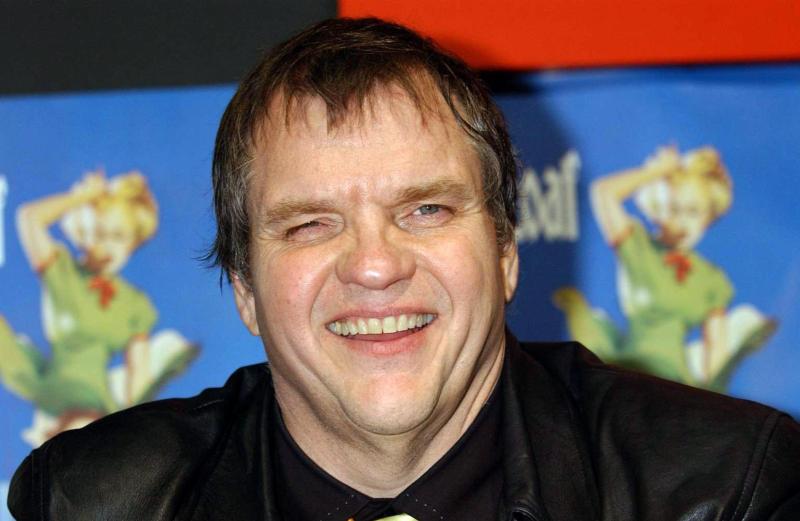 The death of rock legend Meat Loaf last week at the age of 74 brought back fond memories to his many Tipperary fans of the concert he performed at the Golden Vale venue in Dundrum over 30 years ago.
The Texas born singer, famed for anthems like Bat Out of Hell and Dead Ringer for Love, sang his heart out to a packed audience of close to 3,000 people in the Golden Vale Ballroom and Bar in February 1990.
It was part of a nationwide concert tour that Meat Loaf embarked on during a period when his music career was in the doldrums in the US.
It brought him to many smaller music venues in towns around Ireland where thousands of fans of his music and flamboyant showmanship flocked to witness his intense, feverish style of operatic rock. One of those fans who remembers vividly Meat Loaf’s concert in Dundrum is Willie Crowe whose family owned the Golden Vale and Dundrum House Hotel where the rock star stayed during his whistle-stop visit to county Tipperary.
He recalled that 2,800 tickets were issued for the Meat Loaf gig and at £12 a ticket they cost two and a half times what a ticket to a similar gig by an Irish artist like Joe Dolan would have cost.
“They sold like hotcakes and I even had difficulty getting a few tickets. The concert was electric, possibly one of the best gigs I was ever at.” Willie, who is now proprietor of the Pallas Bar & Bistro in Pallasgreen, was head chef at Dundrum House Hotel at the time and had the privilege of cooking lunch the day after the concert for Meat Loaf.
“He came down for lunch at 2pm and proceeded to have broccoli and crushed almond soup and rare fillet of beef,” he recalled.
The singer, whose real name was Marvin Lee Aday, enjoyed the meal so much that he asked to see Willie afterwards.
“He asked me to sit down and said ‘what a great lunch – the best food in Ireland’. He was quite entertaining to say the least.” Meat Loaf even gave Willie a photo of himself that he personally autographed. “He was a lovely, lovely man, very gracious and very nice. Since we heard of his death, a few of us were on the phone talking about our memories of him, and we all concurred that he was such a nice gentleman. It was a great honour to meet him.” Willie recalled that Meat Loaf wasn’t the only famous music star to visit and perform in Dundrum during that period. Johnny Cash and Nancy Griffith were other big names who performed in the Golden Vale and stayed in the hotel. The Crowe family sold the Golden Vale in the mid-1990s and it continued in business up to about a decade ago. The building is now vacant and derelict. “It’s a pitiful looking sight now compared to all the great days it had,” said Willie remembering the night when one of the world’s top rock stars graced its stage.