EDITORIAL: Putin underestimated the determination of a free people to stay free

In this week's Nationalist on shelves from Wednesday 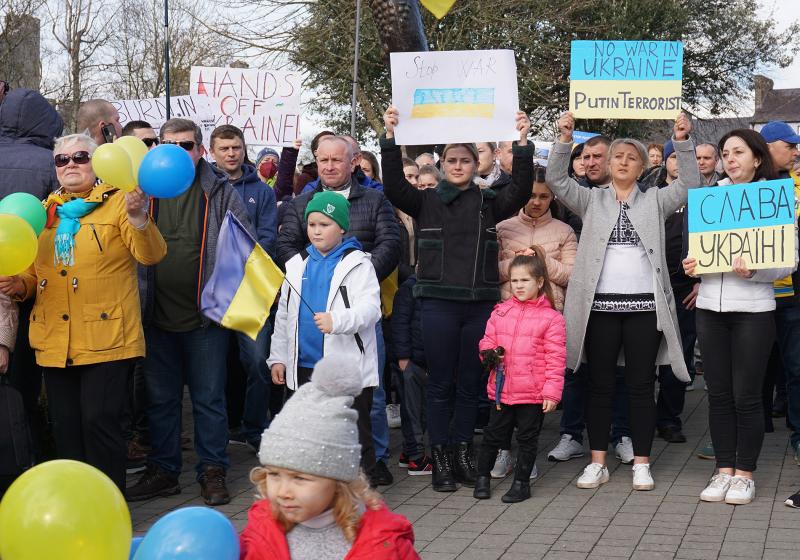 Vladimir Putin, President of Russia, made one fatal mistake when he launched his illegal and barbaric invasion on the sovereign nation of Ukraine. He underestimated people’s love for their country.

He underestimated the determination of a free people to stay free and to hold on to their nation’s independence.

Ukrainian nationals around the world have rallied with some returning home to fight for their homeland.

And it seems that the whole world is behind them too in their fight.

As we watched the war develop on our TV screens over the last few weeks it became clear as the days went on that Russia would not take Ukraine too easily.

Putin seems to have underestimated the patriotism of the Ukrainian people.

He seemed to have an opinion that the Ukrainians would be happy to have his regime take over, but by God, the Russian is getting his answer now.

The dictator is indeed going to come out the wrong side of this war and if anything, it is weaker and weaker he is looking as the principles of freedom and nationhood stand defiantly against the tyranny of an evil man.

The courage Ukrainians all over the world have shown - from Kyiv to Fethard - has been inspiring.

And people here in Ireland and across all the main towns in Tipperary have been inspired and have come out in support of Ukraine’s fight against the Russian invasion.

An estimated 450 people took part in a gathering to show solidarity to the Ukrainians in our community last Sunday in Cahir.
People queued up in Fethard at Alla’s Patisserie.

The Ukrainian-owned cake shop was open and all proceeds were going to support the Ukrainian army.

There is solidarity in Tipperary for the country’s cause as locals here try to help their homeland in their fight against this horrific and disgraceful invasion.

We say to the Ukrainian people, we are with you! Your fight is our fight!