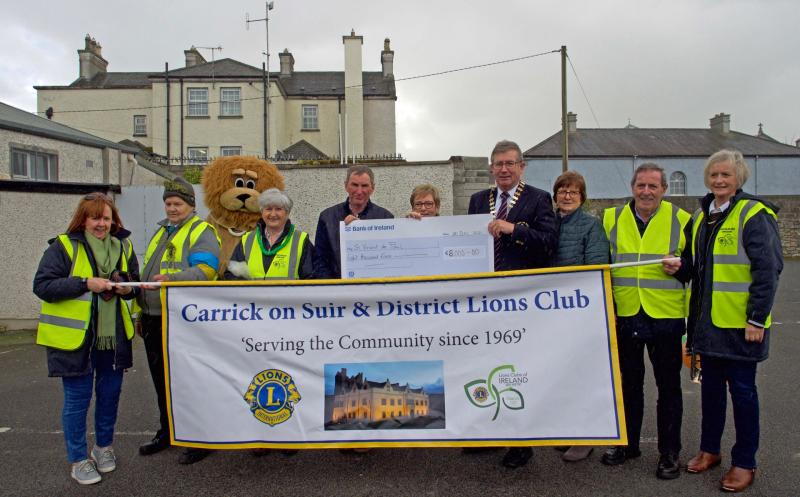 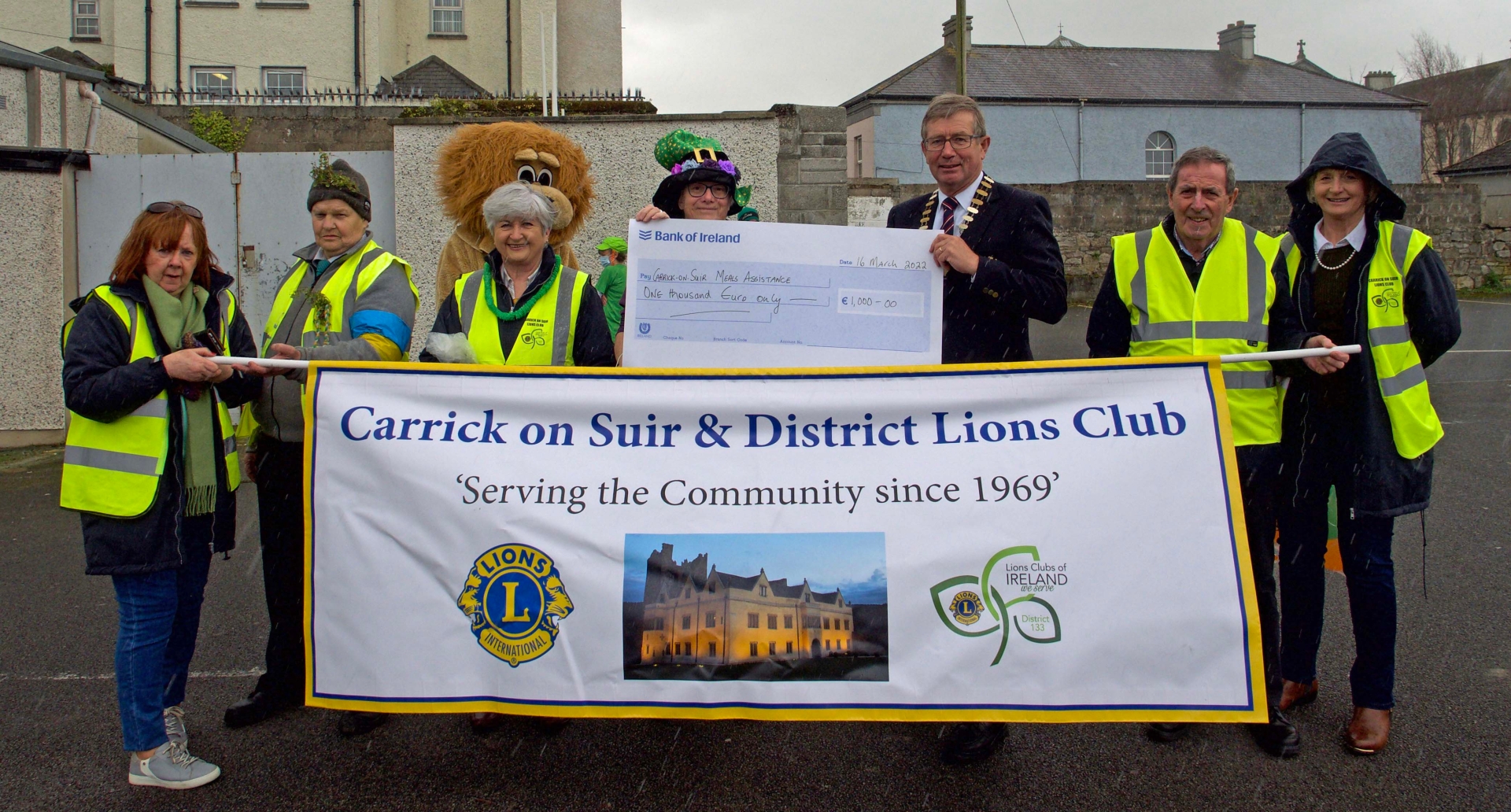 The presentation was made at the St. Patrick’s Day Parade in Carrick-on-Suir. Also pictured are Carrick Lions Club members. 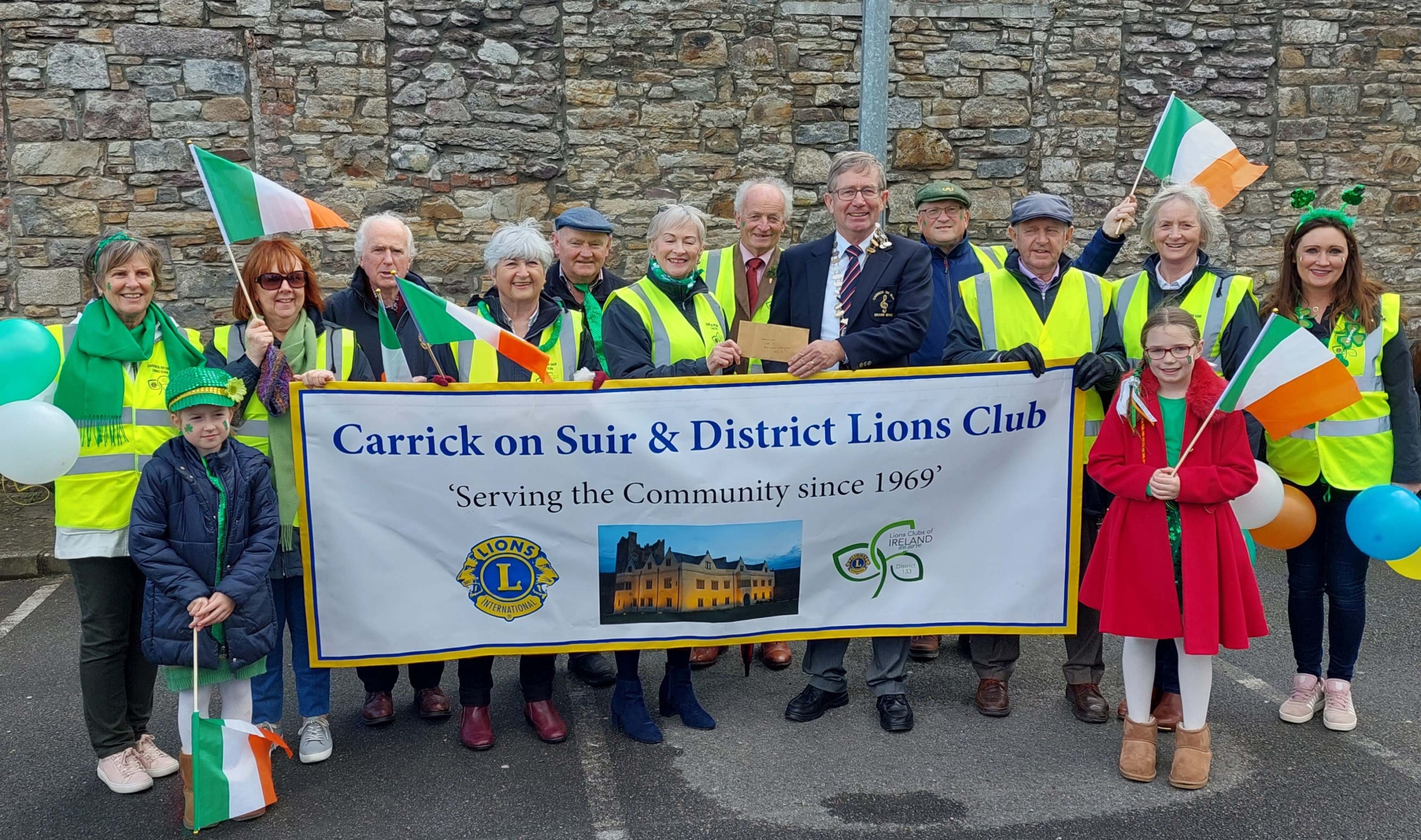