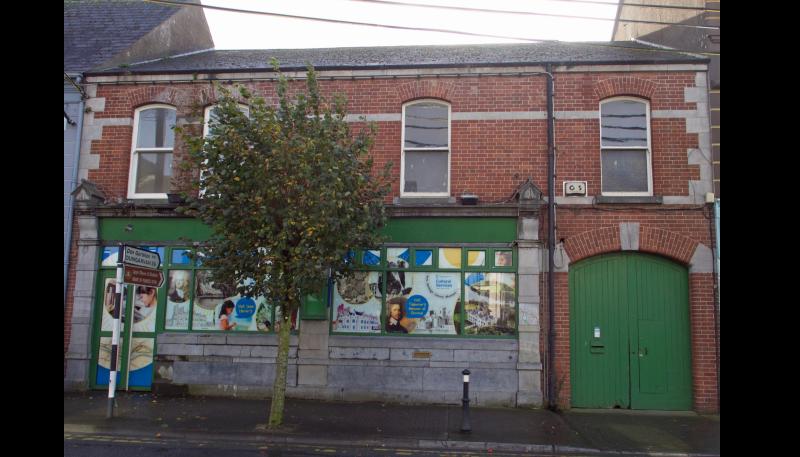 Final preparations are being made by Tipperary County Council to apply for funding to transform Carrick-on-Suir’s former post office building on Main Street into a digital hub for remote workers and small firms after the project secured planning approval last week.
Carrick-on-Suir Municipal District’s councillors unanimously approved the Part 8 planning application seeking permission to change the use of 43 Main Street at their monthly meeting on Monday, March 28 after Carrick-on-Suir councillors Kieran Bourke (Fianna Fáil) and David Dunne (Sinn Féin) proposed and seconded its adoption.
The planning application was approved following the presentation of the Chief Executive’s report on the proposed development to the meeting of councillors.
County council senior executive planner Jonathan Flood outlined to councillors that the planning application attracted one public submission from William Foley.
Mr Foley suggested, in his submission, that part of the premises would better serve the town were it to be used as a sports memorabilia museum, showcasing Carrick’s cycling and GAA successes.
The Chief Executive’s report noted Mr Foley’s proposal but concluded the proposed use of the building as a business hub required the entirety of the building floorspace and it was not possible to incorporate this suggested alternative use.
The change of use of the old post office into a digital hub will involve the conservation and repair of the premises and demolition of two sheds in the rear garden.
It’s intended to carry out minor adjustments to the layout of the ground and first floors that will include the installation of a lift. It’s also intended to convert the building’s carriage arch into a reception/public entrance.
Marie O’Gorman, District Administrator of Carrick-on-Suir Municipal District, said the approval of the planning application means the council can proceed with applying for Rural Regeneration Development Fund (RRDF) grant aid to redevelop the former post office building.
Tipperary County Council must submit the RRDF funding application for the digital hub to the Department of Rural & Community Development by April 29.
It will be one of a series of regeneration projects proposed for Carrick-on-Suir the council is seeking funding for in the RRDF application.
Number 43 Main Street has lain vacant since the town’s post office moved out of the premises in 2011.
If the council secures RRDF funding, the former post office building will become the town’s second digital hub providing office spaces with high speed internet for start up and small enterprises, remote workers and larger businesses wishing to set up outreach offices in the town
The Stable Lane Digital Hub based on the top floor of Carrick-on-Suir Town Hall opened in autumn 2020 and an extension of that hub called Stable Lane Enterprise Town House, located close by in a period building on New Street, opened last October.