Declan Mulligan’s passion, energy and creativity were recalled at a moving ceremony in the Augustinian Abbey on what would have been his 84th birthday 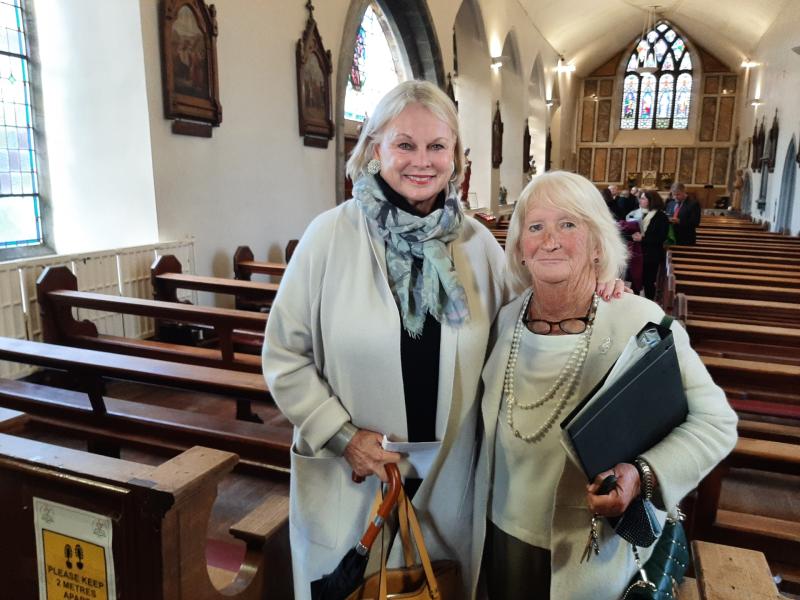 At the memorial mass for the late Declan Mulligan were his widow Tanya, who travelled from the United States with family and friends, and his sister, Marian Gilpin, The Valley, Fethard

A Tipperary singer who became a rock star in the United States in the 1960s was remembered at a memorial mass in his native Fethard last Friday night.

Declan Mulligan’s passion, energy and creativity were recalled at a moving ceremony in the Augustinian Abbey on what would have been his 84th birthday.

Declan (pictured below) left his family home in The Valley in the late 1960s to travel to San Francisco to make a career as a rock star. And he achieved his ambition, becoming a member of the California band, The Beau Brummels, described as the American answer to The Beatles at the time, and pioneers of the ‘San Francisco sound’. 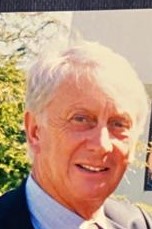 Music had been part of his life from his earliest days, playing at venues throughout Ireland, but the call of the United States was great and he headed off, telling friends he was going to become a rock’n’roll star and become famous.

In later years he became a counsellor and involved in music therapy and passed on his love of music and instruments to adults with intellectual disabilities. He died on November 2, 2021.

At Friday night’s mass in his home town, celebrated by Fr Gerry Horan OSA, his ashes were blessed, his music played and tributes paid by family and friends. His sister, Marian Gilpin, organiser of the mass, read the lesson, her daughter Jodie recited a poem she had written in his honour, while a long-time friend and former bandmember, Tony del Favero, recalled his many years of friendship with Declan.

Fr Horan said it was a special occasion on which to give thanks and praise for Declan’s life, especially on what would have been his 84th birthday, and he welcomed his widow Tanya, and members of her family who had travelled from the US for the celebration.

Apart from the tributes, music played a central role in the mass, with wonderful singing from Ann Barry and her choir, including soloist Patrice Davern. The ceremony began with the choir singing ‘Let it Be’ from The Beatles, one of Declan’s favourite bands, and ended movingly with a recording of Declan singing his own composition, ‘Kiltinan’.

His friend Tony del Favero, who attended along with his wife Cindy, said he would love to have a little of Declan’s joie de vivre and his passion. “I will always admire Declan for what he gave to us all, his talent, his creativity, his passion and I want to thank him for all the great memories we have of him”, he said.

He recalled that he had first met Declan in 1975 and by that time the Fethard man had become an established rock star, but that he was humble and never bragged about what he had achieved, unselfishly giving his time to others.

He continued - “When I met Declan he had a very nice gig with his band that could have lasted for many years. But then he got invited to go on the road again and do a reunion tour and he asked me to replace him on the gig – although Declan was irreplaceable. The tour was not as successful as he wanted and when he returned most musicians would say, you’re done, I want my gig back, but Declan was welcoming me, was complimentary and was encouraging me and that started a friendship that lasted forty-five years”.

Mr del Favero said he always admired Declan’s passion and energy and recalled how on stage he would fall to the floor, singing and with guitar in hand, and do the splits. “If you ever saw that you know what I mean about his energy and fire”, he told those present.

And then later in life he showed a remarkable gentleness and kindness when working with disadvantaged adults, introducing them to music and showing them how to play instruments.  “They all loved him for his kindness and generosity. He was such an admirable person”, he added.

Later that evening many of those present attended a music session in McCarthys Hotel with local band, The Pheasant Pluckers, a group that Declan often played with during his visits home to Fethard.