Laurann O'Reilly: Breathe it in - Top nutrition tips to help you optimise your lung health 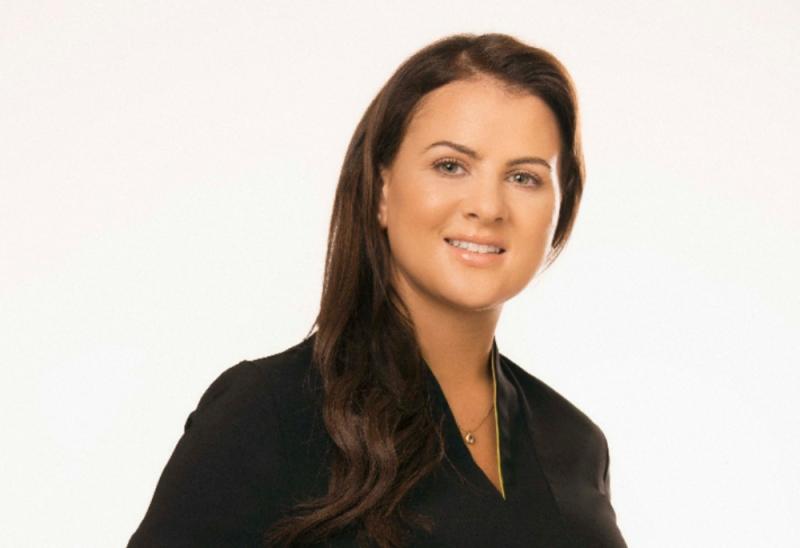 We can often underestimate the very important work that our lungs do, so it’s important that we take care of them. Did you know that what you eat can have an impact on our lung function too?

Here, nutritionist Laurann O’Reilly and owner of Nutrition by Laurann, brings us through her top foods and supplements to help you optimise the health of your lungs, like a breath of fresh air.

- Garlic: Containing the active ingredient ‘allicin’, has shown a number of health benefits due to its anti-inflammatory, antioxidant and antiviral properties.

Tip: So versatile it can be added to many dishes such as stir fries and curries. Recommended Supplement: If you don’t like the taste of garlic, the Sona Odourless Garlic is a good option.

- Omega 3 Fatty Acids: Studies have shown that omega-3 fatty acids can help decrease the amount of inflammatory chemicals produced by the body and this reduce lung inflammation. Sources: Fish (such as salmon, mackerel, tuna, herring, and sardines).

- Leafy greens: To support overall lung health and protect the lungs from inflammation and infection, leafy green vegetables, like spinach and kale, are natural anti-inflammatory food powerhouses. Chlorophyll, which gives them their green colour, helps support blood flow to the lungs. They also contain compounds called lutein and zeaxanthin which act as antioxidants in the body, removing free radicals that could cause lung damage.

- Ginger: It contains many vitamins and minerals including potassium, magnesium, beta-carotene and zinc. It is also a natural decongestant that helps to clear up clogged air passages and improve circulation in the lungs.

Tip: Why not try a ginger tea or grating fresh ginger into dishes like stir-fries.

- Beetroot: Have been shown to benefit lung function. It contains nitrates that help relax blood vessels, reduce blood pressure, and optimise oxygen uptake. Beetroot and beetroot supplements have been shown to improve physical performance and lung function in people with lung conditions such as Chronic Obstructive Pulmonary disease (COPD) and are commonly used by athletes. Beetroot is also a rich source of magnesium, potassium, vitamin C, and carotenoid antioxidants, all of which are essential to lung health.

- Blueberries: Are packed with vitamins and minerals and have been associated with a number of health benefits, including protecting and preserving lung function. Blueberries are a rich source of compounds called ‘anthocyanins’, that have been shown to protect lung tissue from oxidative damage.

Tip: Why not add to your porridge or yogurts for a nutritional boost.

Tip: Why not make a brew of green tea for an easy remedy to cleanse your lungs.

Tip: Add to a smoothie or to your main meal for a delicious healthy boost.

- Tomatoes: Are among the richest dietary sources of lycopene, an antioxidant that has been associated with improved lung health. They have been shown to reduce airway inflammation in people with asthma and improve lung function in people with COPD.

Tip: Whether grilled on wholewheat bread, or added sauces, there are so many ways of incorporating this one into your meals

Tip: Why not add to stir-fries, curries, casseroles or omelettes.

- Raw Cocoa: Products like dark chocolate are high in antioxidants and contain a compound called theobromine, which helps relax the airways in the lungs.

Tip: Why not add to your porridge, yogurts or into smoothies. Recommended: Nua Naturals Cocoa Powder

- Carrageen Seaweed: Is a type of Irish mossy seaweed available in many Irish supermarkets and in all good health stores. As well as having powerful anti-inflammatory effects, it is also packed with protein, fibre, selenium, iodine, potassium, magnesium, calcium, phosphorus, and zinc. It is also a rich source of omega-3 fatty acids, iron, folate. In terms of lung health Carrageen moss is an expectorant it can break up mucus and help clear out the lungs of any phlegm that builds up with a common cold, alleviate inflammation of the nasal passages, ease sore throat or dry coughing and also can treat other respiratory problems such as bronchitis and even pneumonia. It is especially effective for pulmonary (lung) complaints with its ability to absorb liquid and eliminate it from the body.

Tip: Why not boil with some water to make a lung healing brew.

- Apples: Are rich in a phytonutrient called quercetin, which has been clinically shown to be beneficial for the lungs as it decreases lung inflammation.

Tip: Why not add the humble apple to one of your five a day or stewed apple as a healthy dessert.

- Broccoli: Contains a compound called sulforaphane. This increases the activity of a gene found in lung cells, that protects the lungs from damage caused by toxins. Broccoli, along with other cruciferous veggies like kale and Brussels sprouts are also rich in vitamin C (see below).

Tip: A versatile veggie, why not add to stir-fries, casseroles or blend into a nutritious green juice.

- Coffee: In low doses of course, the caffeine and antioxidants in coffee are beneficial for our lung health. Caffeine acts as a vasodilator, which means that it helps open blood vessels.

Remember: Our upper limit of caffeine is 400mg per day, which is the equivalent of approximately four shots of coffee.

- Mint: Commonly used to treat respiratory issues. A hot peppermint tea can cure your sore throat by breaking up the mucus deposition and inflammation caused by lung infections.

- Honey: Known for its antibacterial properties, it can also help to reduce the discomfort caused due to respiratory issues. Tip: Brew up a delicious honey and lemon drink to soothe sore throats and coughs

- Vitamin D: A key nutrient for lung health, vitamin D has been linked to improved immune health and lung function. Vitamin D is known to assist in fighting bacteria and viruses and reduce acute respiratory infections. An international study (the Jolliffe papers) showed “a 25% reduction of the risk of respiratory infections in those taking a daily vitamin D supplement”.

1) Sun exposure: via our skin, specifically ultraviolet B (UVB) rays, which is why it’s also known as ‘the sunshine vitamin’. The World Health Organisation advice is to get 5 to 15 minutes of casual sun exposure to hands, face and arms two to three times a week during the summer months and

2) Food Sources: Vitamin D can be found in oily fish such as mackerel, sardines, tinned salmon, herring and kippers and a small amount in sources such as red meat, liver and eggs Fortified milk such as super milk and cereals are also great sources. Recommended Supplement: Pharma Nord Vitamin D Pearls.

- Magnesium: A new study has found that high dietary intakes of vitamin C and magnesium are associated with improved lung function in adults.

- Selenium: It’s an essential micronutrient that plays a vital role in various biological processes, on the immune system as well as having anti-inflammatory processes. Sources: Common in foods such as corn, garlic, onion, cabbage and broccoli.

- Zinc: Not alone does it have inflammatory and antioxidant properties, but studies have shown that supplementation of zinc can reduce the occurrence of acute respiratory infections by 35%. Sources: Red meat, poultry, baked beans, chickpeas, and nuts (such as cashews and almonds).

- Ivy Thyme: Helps to soothe spasms in the respiratory tract. Ivy works by relaxing the bronchial tubes and thyme works by loosening mucus. The combination of both ingredients working together can help reduce and soothe coughs.

- Propolis: Is produced by honeybees and known to have a broad spectrum of biological properties, such as being anti-microbial and anti-inflammatory, Recommended Supplement: Bee Health Propolis Drops