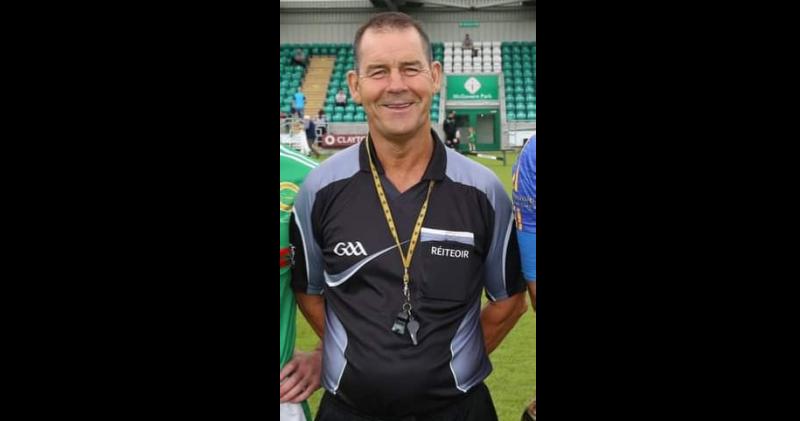 Tributes are pouring in for Mattie Maher, a Tipperary native who passed away after falling ill while refereeing a GAA match in London on Saturday.

London GAA confirmed Mr Maher’s death in a statement, saying it was "extremely saddened" to report the "absolutely awful news" that referee Mattie Maher passed away.

He had been refereeing a provincial match in Watford when he took ill, but passed away en route to the hospital, a statement from London GAA confirmed.

London GAA described Mattie, a father of two as a "larger than life" character.

"Mattie, a prominent referee and known to all involved in any way with GAA in London, was a larger than life character.

"He refereed numerous county finals in recent years, a clear indication of how valued he was and had become a popular figure among players and spectators alike.

"Mattie was also an esteemed club delegate at county board meetings, and frequently contributed to varied discussion on important GAA matters...often wrapping things up with a witty, tongue-in-cheek remark," a statement from London GAA read.

The Tipperary native was described as a devout family man who often had his two beloved children alongside him on his way into the grounds for matches.

"It is them and his wife Denise that the board wish to pass on their most heartfelt condolences to at this desperately sad time.

"Due to this tragedy and as a mark of respect to Mattie, all London GAA fixtures are called off this weekend."