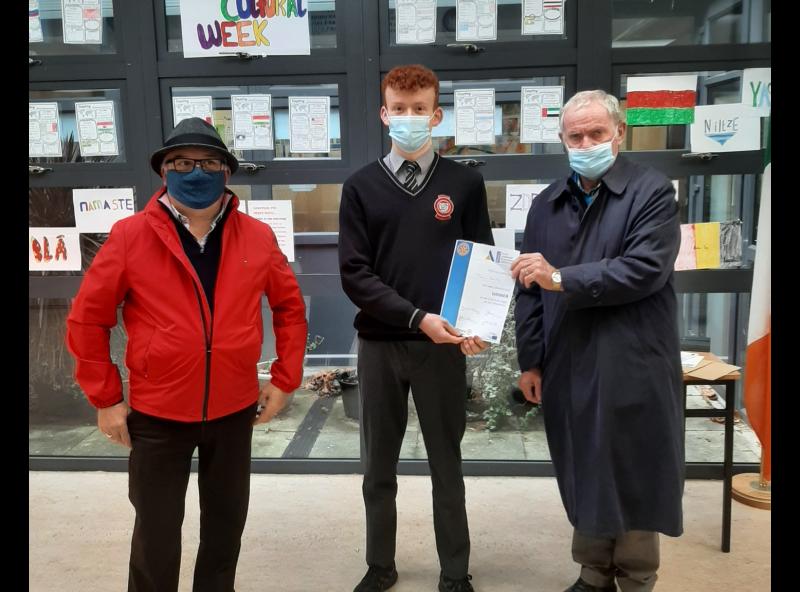 Carrick-on-Suir student Thomas Smith was one of just 14 teenagers from all over the island of Ireland to be conferred with a Rotary Youth Leadership award at the European Parliament’s offices in Dublin recently.
The competition, which is one of Rotary Ireland’s longest running youth projects, rewards young people with clear leadership potential based on their extra-curricular activities.
It is run in conjunction with the EU offices in Dublin and Euroscola in Strasbourg.
Thomas, who is a student at Edmund Rice Secondary School, Carrick-on-Suir, was sponsored by Clonmel Rotary Club.
He won Clonmel Rotary Club’s Youth Leadership award last December.
David Murray, District Governor of Rotary Ireland said the standard of the presentations and the winners’ contributions throughout this year’s competition were hugely impressive.
“I have to compliment Thomas and all of this year’s winners for the extremely high standard of their interviews and presentations.”
The Rotary Youth Leadership Development Competition is open to 16 and 17-year-olds who are living on the island of Ireland.