A meet and greet Information meeting for aspiring cast members takes place this evening (Thursday, May 5) 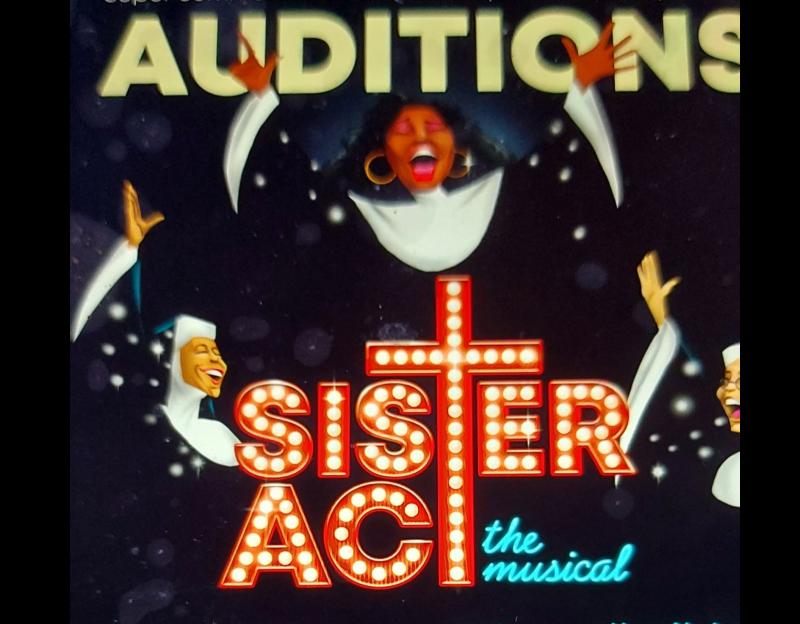 The Excel Youth Theatre Group Tipperary will stage the hit musical Sister Act at the Simon Ryan Theatre in the Excel Centre in Tipperary Town from August 10 to 13 with auditions taking place this month.

A meet and greet information night for the show takes place at the Excel Dance Studio this Thursday, May 5 from 7.30pm to 9.30pm while auditions take place on Saturday, May 21.

The meet and greet night will be an introduction session for all aspiring cast members.

Sister Act and its requirements will be explained and a run down will be given on the character roles, dance and movement and chorus details. Information will also be given on the auditions.

The Excel Youth Theatre Group was established in 2015 to introduce Tipperary youth to the wonderful world of the performing arts.

Its debut production of Les Misérables was a huge success and was followed in 2016 by Hairspray, in 2017 by Broadway, in 2018 by Children of Eden and in 2019 by West Side Story.

Nicole Kennedy is currently studying music at third level, and has been involved with the Excel Youth Theatre Group since Les Misérables in 2015. She is currently musical director of Chicago, her college production.

Nicole Butler has a degree in drama and a senior cert in singing. She is a great performer and has taken many roles on stage, most recently as Mama Noah in Children Of Eden and Anita in West Side Story, both with the Excel Youth Theatre Group.

Henry Fitzgerald did a marvellous job on Sister Act with Creative Minds in Clonmel a few years ago.

He also worked on West Side Story for St Mary’s Choral Society in Clonmel.

Henry comes from the On Your Toes Dance School in Clonmel, so a great pedigree here. At the moment his Little Shop Of Horrors is opening in Firkin Crane for UCC Music Theatre. The Excel Youth Theatre team is delighted to welcome him.

Sister Act is the feel-good musical comedy smash based on the hit 1992 film that has audiences jumping to their feet. It features original music by eight-time Oscar winner, Alan Menken (Newsies, Beauty and the Beast, Little Shop of Horrors). This uplifting musical was nominated for five Tony Awards, including Best Musical.

The musical is about disco diva, Deloris Van Cartier, who witnesses a murder. She is put in protective custody in the one place the cops are sure she won’t be found - a convent.

Disguised as a nun, she finds herself at odds with both the rigid lifestyle and uptight Mother Superior. She uses her unique disco moves and singing talent to inspire the choir, Deloris breathes new life into the church and community but, in doing so, blows her cover. Sister Act is filled with powerful gospel music, outrageous dancing and a truly moving story.

The cast is full of amazing roles for women of all ages, making this a perfect choice for high schools and community theatres.