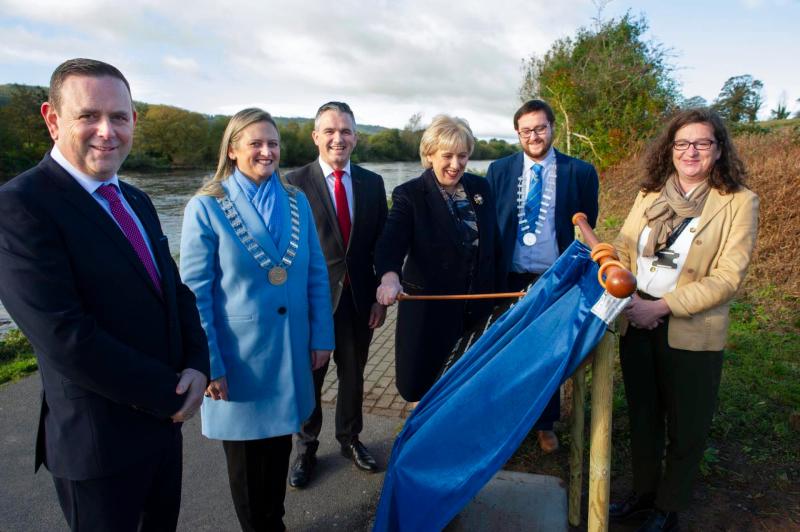 Minister for Rural & Community Development unveiling a plaque at the Suir Blueway in Carrick-on-Suir last November. Further widening of the walk/cycle way near Carrick is planned this summer

A €200,000 upgrade of almost 1km of the Suir Blueway walk/cycle path near Carrick-on-Suir won’t now be carried out until late summer, councillors were informed at Carrick-on-Suir Municipal District’s monthly meeting.
When Outdoor Recreation Improvement grant funding was secured by Tipperary County Council earlier this year to widen 950m of the Blueway from the Miloko factory to Arrigan’s Boreen, it was initially estimated the project would start in June.
In his latest update on the project, Carrick Municipal District Engineer Willie Corby estimated the upgrade works won’t start until later in the summer towards the autumn. “We will try to get it done before the weather breaks,” he added.