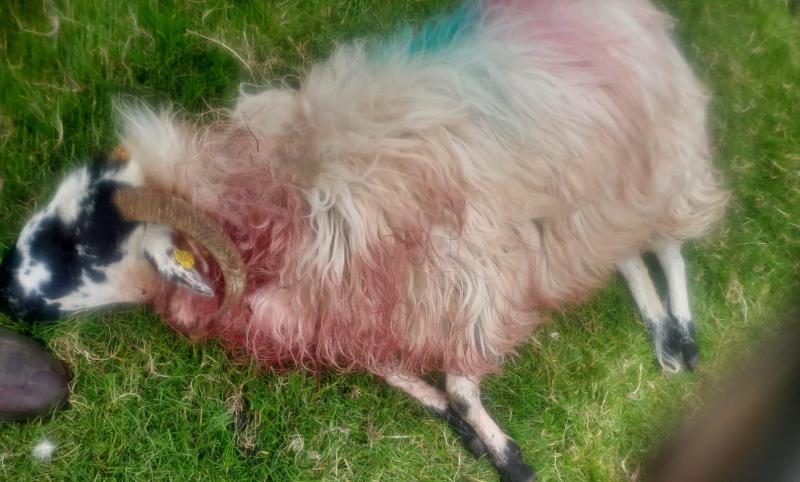 Tipperary County Council was put under pressure this week to roll out a public awareness campaign to help prevent further devastating sheep losses among the county’s farming communities in the wake of the killing of 27 sheep near Newcastle by a vicious dog.
Independent Cllr Máirín McGrath, who is from Newcastle, called on the council to run a public awareness campaign highlighting to dog owners the importance of keeping their dogs under control and not allowing them to stray.
She said the public awareness campaign should also urge dog owners not to walk their dogs in mountain areas where sheep graze in case they wander and get lost. And if dogs are walked in mountainous areas, they should be kept on a lead.
Cllr McGrath appealed for the public awareness campaign at Tipperary County Council’s monthly meeting in Clonmel on Monday.
She also called for greater enforcement of the requirement under Control of Dogs legislation to microchip dogs. She told The Nationalist that the council’s dog wardens must be given more resources in order to ensure this legal requirement on dog owners is enforced.
Cllr McGrath told the council meeting the Alsatian dog that killed 27 sheep on the Knockmealdown Commonage near Newcastle on Monday, April 25 was found not to be microchipped when he was shot dead. This meant the farmer who owned the sheep killed in this “vicious” attack had little come back in terms of pursuing a prosecution against the dog’s owner or being compensated for his financial loss.
She pointed out this was the second significant sheep kill caused by a stray dog in the Knockmealdown Mountains near Newcastle in the past few months. Thirty sheep were savaged in the previous dog attack at Crohane, Newcastle on December 16 last.
“I think we need to do more to support the farmers in these areas. We need to put up signs advising dog owners they need to keep their dogs on a leash. We have to respect the farming community in the mountains. It’s just really disappointing that some dog owners can’t see the importance or value of keeping their dogs under control,” she said.
Marion O’Neill of Tipperary County Council’s Environment Department accepted this was a serious matter and promised the council would try and get the message out over and above what it was already doing. She said the council has a very good and proactive dog warden who works with the elected members and communities.