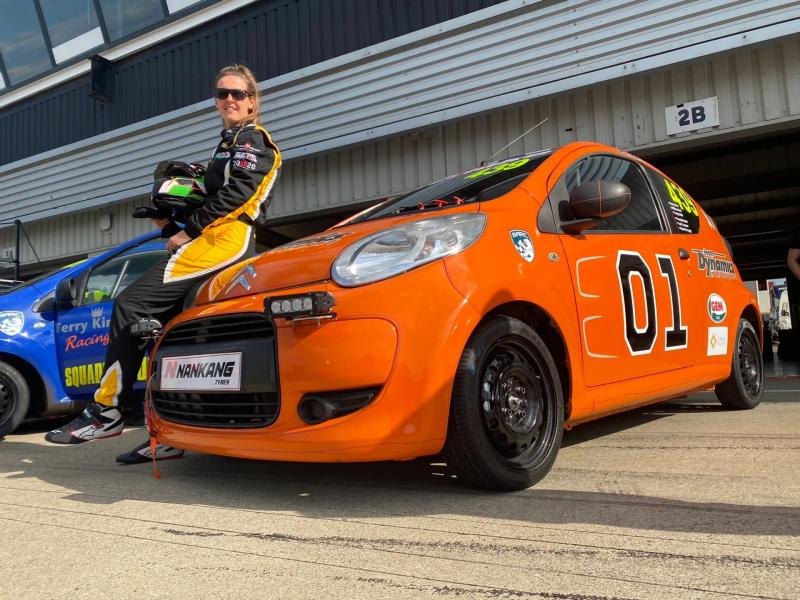 Roscrea racer Nicole Drought is headed to the UK again this weekend to compete in a 24 Hour race on the Silverstone Grand Prix Circuit.

Nicole won't be in her usual GT or Touring car, but a 1.0 Citroen C1 kitted out for racing. Over 70 of these cars will line up at 6pm on Saturday evening, with teams of three or four drivers all vying for position until the chequered flag falls at 6pm on Sunday evening.

The little Citroen is a little slower than Nicole's mount the last time she visited Silverstone, when she tested a GT3 McLaren at the Northampton venue! Nicole returns to the Preptech UK team, who she previously won the Anglesey C1 Challenge with and is really looking forward to the event.

"The C1s aren't fast in comparison to the cars I normally drive, but they are great fun", Nicole told the Midland Tribune.

"I was delighted to get the call from Preptech as I have always enjoyed racing with them and we have had some great results. The plan is to qualify somewhere near the front and then keep the head down and stay out of trouble for the duration. As ever, big thanks to Gem Oils, ITM Digital and Siltex Safety for their support".

Nicole is a past pupil of Coláiste Phobal in Roscrea and has raced her way to becoming Ireland's most successful female racecar driver.

Nicole's father Owain who owns a garage and car sales premises in Roscrea, also made a return to the racetrack recently.  After long layoff from fulltime motor racing, Owain made a stunning return to the circuits at the high speed Bishopscourt Circuit in Northern Ireland last weekend.