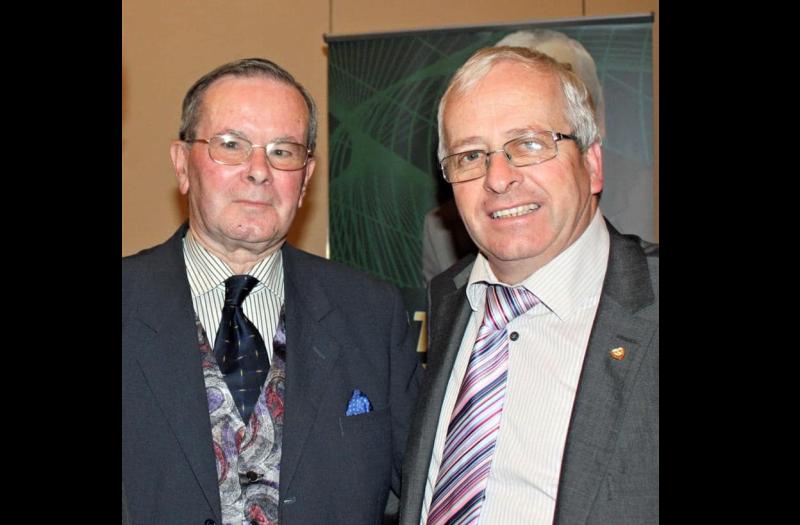 Tipperary TD, Mattie McGrath, has given a touching tribute to his "great friend and mentor" Liam Simpson.

Deputy McGrath said: "I was honoured to give a graveside oration for my great friend and mentor Liam Simpson as he was laid to rest on Sunday.

"Liam passed away suddenly and unexpectedly in his 90th year last Thursday after living a full and varied life contributing to many different community organisations and helping many people through his work as a teacher and a tutor.

"He was a family man, an entrepreneur and gave career advice to people across Cahir and beyond over the years.

"He was an educator in so many ways and believed in the importance of a wholesome education and this was evident through his involvement in the South Tipp VEC and many youth organisations like Foroige and Macra na Tuaithe.

"Liam had shrewd political wisdom and was always on the end of the phone for me offering encouragement, advice and an occasional scolding.

"On many occasions Liam asked that I would speak at his funeral and sadly Sunday was the day that he was laid to rest, 22 months after his beloved wife Nancy.

"On behalf of my family, staff, campaign team and I, I extend my sincere sympathies to the Simpson family."

Liam passed away peacefully but unexpectedly in his 90th year at Willowbrook Nursing Home.

Funeral Mass was at St Mary's Church, Cahir on Sunday at 1pm followed by burial in the adjoining cemetery.