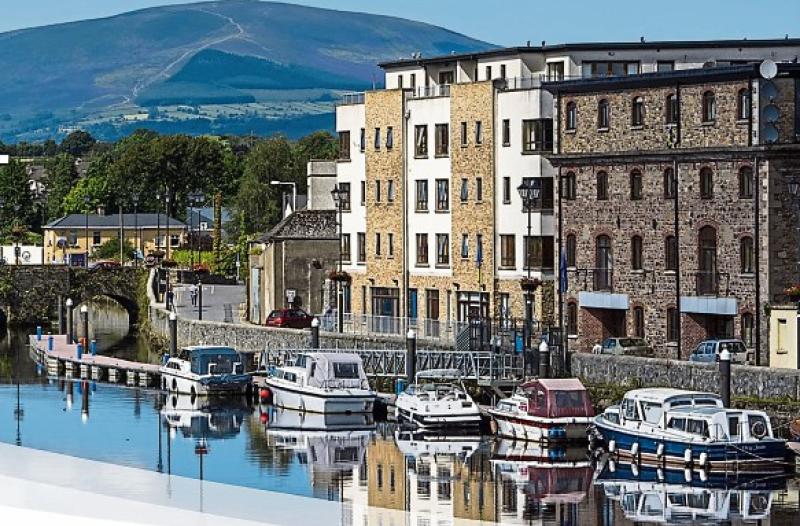 A councillor has urged tourism and council bodies to make an extra effort to promote Carrick-on-Suir’s boating marina as its future viability will be reviewed at the end of the year.
Carrick-on-Suir’s Cllr Kieran Bourke issued the call at the Carrick-on-Suir Municipal District’s monthly meeting following a presentation by Marie Phelan of Tipperary Tourism CLG about its marketing of county Tipperary to tourists.
He said Carrick-on-Suir was unique in county Tipperary as the River Suir was tidal up to the town. This means boats can navigate up the river from the Waterford Estuary to Carrick and berth at the town’s marina.
He pointed out that unfortunately, the marina was costing a lot of money to maintain because debris from the river gathered around it and needed to be cleared.
“I think we are missing a really golden opportunity to promote the marina in Carrick-on-Suir and to promote Carrick as the only town in Tipperary you can navigate by boat to, get off and explore Carrick-on-Suir.”
As he asked for the marina to be promoted, he pointed out that it was going to be reviewed at the end of the year to see how viable it was going forward. It was critical that measures were taken to market this amenity, he added.
Carrick-on-Suir Municipal District’s Director of Services, Brian Beck, responded that he wanted to pull a small team together in relation to promoting Carrick-on-Suir including its marina.
“It’s to look at the next 12 months and focus on what actions we can do with Carrick-on-Suir Tourism & Economic Development Committee and community groups.” Mr Beck promised to report back to councillors on this work.
Meanwhile, the council informed the District’s public representatives that it had accepted a quotation from Dive & Marine Specialist Contractors of €2,500 excluding VAT to remove debris from the river at the marina.