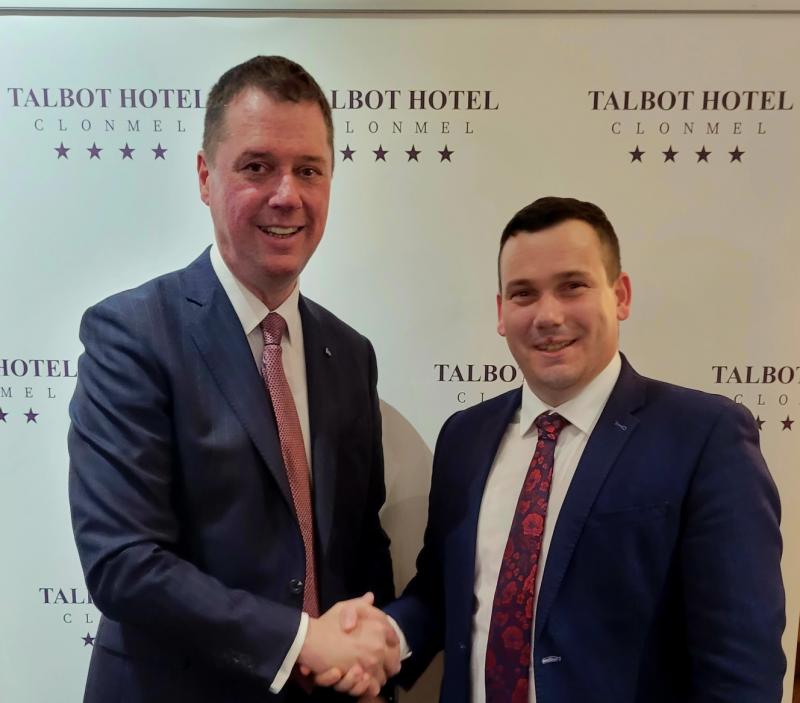 The Talbot Collection has announced the appointment of William Burke as General Manager of the newly purchased and rebranded Talbot Hotel in Clonmel.
During his early career William, a Clonmel native, served his time as a cabinet maker before pursuing his dream with a career in hospitality. Working over the years between Ireland and UK, he has obtained a broad experience in the hospitality industry.
Coincidentally, William started his hotel management career in the former Clonmel Park Hotel back in 2011, where he was quickly promoted to bar manager in 2012. Having spent several years from 2014 to 2017 working in senior management roles with Dalata, Ireland’s largest hotel group, throughout properties in Ireland and the UK, he has really established himself as a dynamic individual, with serious ambition.

His wife Elena is re-united with her dad, who is receiving medical treatment at Cork University Hospital

In 2017 he decided to return to Ireland and joined the Comer Group as General Manager of the Shearwater Hotel in Ballinasloe, where he learned invaluable experience from another well-known hospitality brand.
In 2019 William joined the Talbot Collection, who now have eight properties in their hotel portfolio, and where he worked as general manager in Carlow, and very recently as Regional Area Manager in the South East Region.
William is delighted to be back in his home town of Clonmel and joins a very dedicated group. He looks forward to working alongside his new diligent and experienced team.
He says “it’s wonderful to be part of a hotel group that is so enthusiastic about being market leaders in the hospitality industry, putting their staff first and giving back to the local community”.