Status change has been announced for three Thurles primary schools

Following the conclusion of a lengthy process of debate and discussion in Thurles town, Archbishop Kieran O’Reilly has this week announced a change of status for three primary schools in the Cathedral Town.

In a letter sent to schools this week by Mr Alan Hynes of St Senan’s Education Office, who undertook the work on behalf of the Archdiocese, the decision was revealed and has been broadly welcomed in the community. 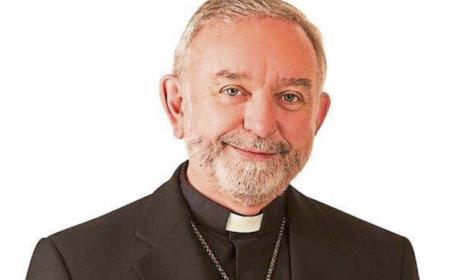 Archbishop Kieran O'Reilly, Archbishop of Cashel and Emly has announced the change of status of three primary schools in Thurles town.

“The Patron has determined, after consideration, to grant a change to co-educational status for Scoil Ailbhe, Scoil Angela and the Presentation Primary. Further, he has granted a change to full vertical status to Scoil Ailbhe,” the letter states.

This means that the school will now be able to cater for junior infants right up to sixth class, both boys and girls, whereas heretofore the school catered for boys only, from 2nd to 6th class.

The letter continued:
“The Patron has determined a target date for commencement of this change to be effective from the first day of the 2023/2024 school year.

“As I have previously indicated, the next phase will be to discuss arrangements for agreeing on co-operation in enrolment strategy between the parish schools to provide, in so far as possible, for stability in teacher allocations in the parish schools.
“The Patron will be imposing enrolment caps on the three schools changing status for the duration of the transition period,” he says.

Mr Hynes has now requested that each of the six primary schools in the parish provide him with current enrolments sorted by class, including details of any ASD classes, the expected enrolments for this coming September, and, in Scoil Angela and Presentation Primary, enrolments detailed by sex.

The new arranegments in Thurles will see a transformation of the primary education sector and represents a new dawn for education in Thurles town.

A similar process had been mooted almost two decades ago, but the decision at the time was for the status quo to remain. However, the face of education has changed considerably since and the latest move sees Thurles come in line with many other regional towns across the country where similar processes have been followed - Nenagh is one of the latest in Tipperary to adopt a similar move, although that is under the stewardship of Bishop Fintan Monahan, Bishop of Killaloe, rather than the Archdiocese of Cashel and Emly.

Mr Hynes concluded by saying to the schools and parent bodies: “I wish to thank you all for your cooperation to date and look forward to working with you on the cooperative enrolment strategy.”

The school Board of Managements have been informed of the decision at this stage, we understand.