The AGM of the Scoety took place last week 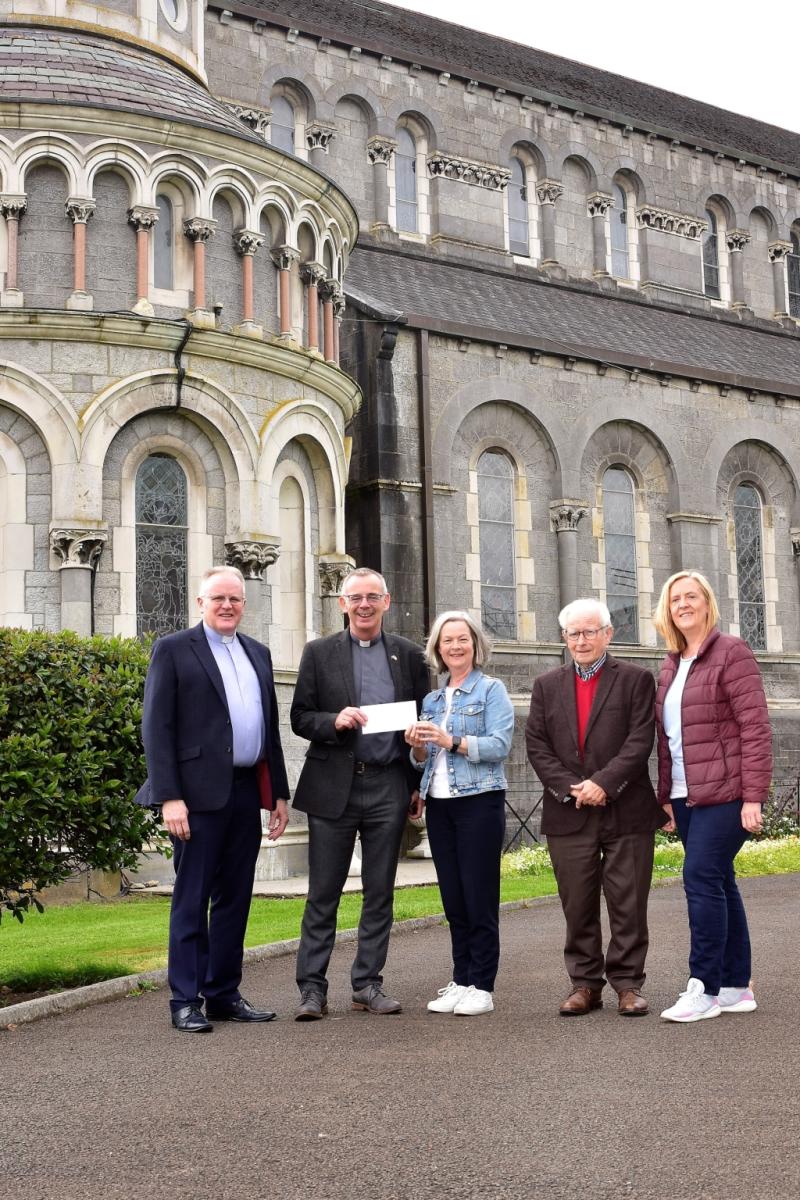 Antóin Ó Brian was elected the 8th President of Thurles Musical Society at the Annual General Meeting last week, which was held in the Premier Hall.

Antóin, who had been Treasurer since 1985, takes over the role from his late wife Alice who held the position for thirteen years prior to her passing. He is pictured in the main photo with Eidin Sweeney and Mary Callanan of TMS, and Fr James Purcell, PP and Fr Joe Walsh CC, Thurles Cathedral Presbytery. 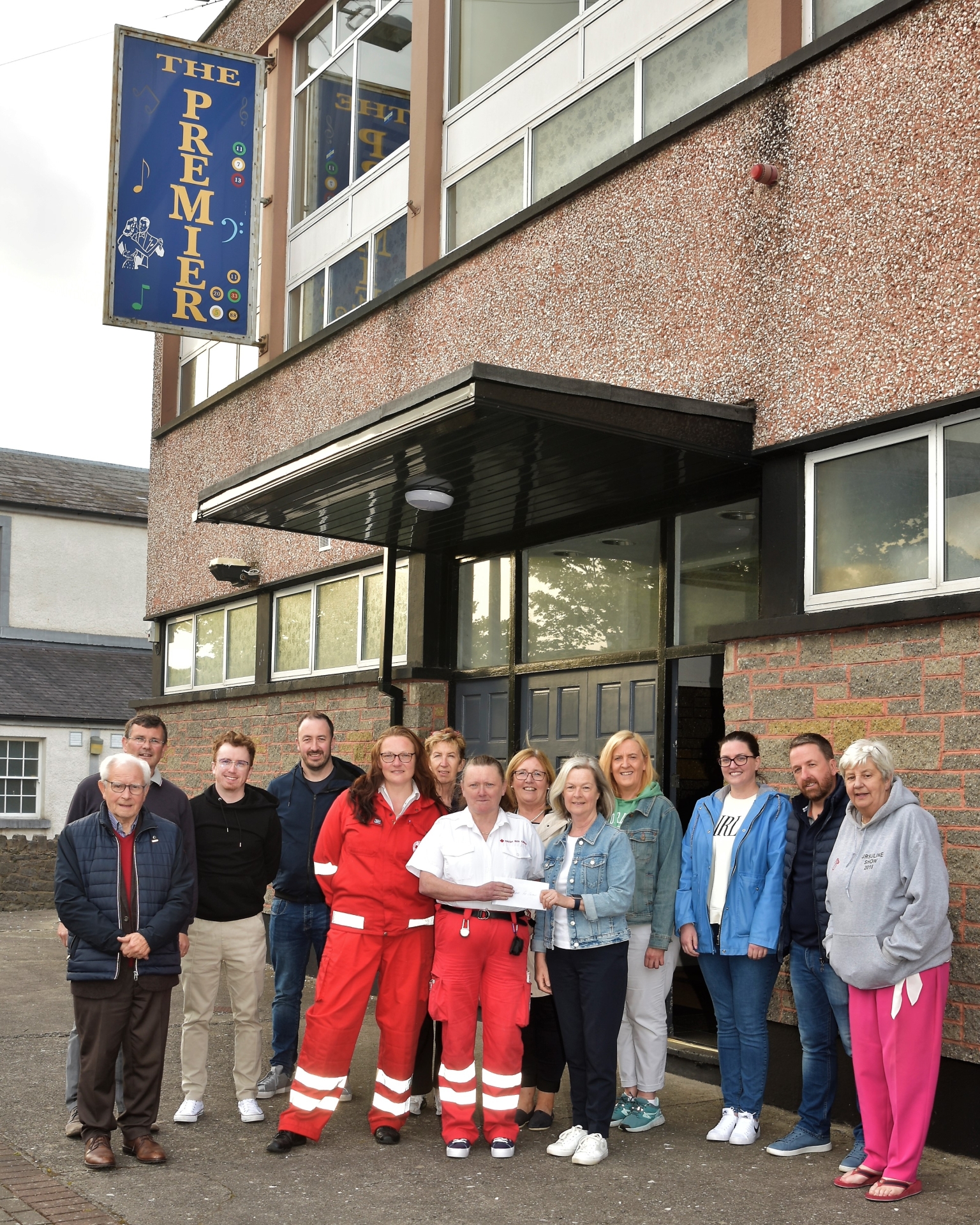 Chairperson of TMS, Eidin Sweeney and members of Thurles Musical Society present a cheque to the Irish Red Cross - proceeds from the recently held raffle.

AGM also saw the election of committee member John Hayes as Treasurer in place of Antóin, while two new committee members, Linda Ryan and Margaret Dwyer were also elected on the night.

This was the first AGM of the Society since 2019 thanks to the impact ofCovid 19. And, members expressed their delight at being back and looked forward, hopefully, to the staging of Made in Dagenham in 2023 - a show which has been postponed on a number of occasions due to the pandemic.

The views of members were reflected in the address of Chairperson Éidín Sweeney who looked forward to March/April 2023 and the staging of that show which is eagerly anticipated.

Éidín also mentioned the many members who have passed away over the last three years and those who have suffered bereavements - an element also referred to by Secretary Laura Ryan in her annual report to AGM. 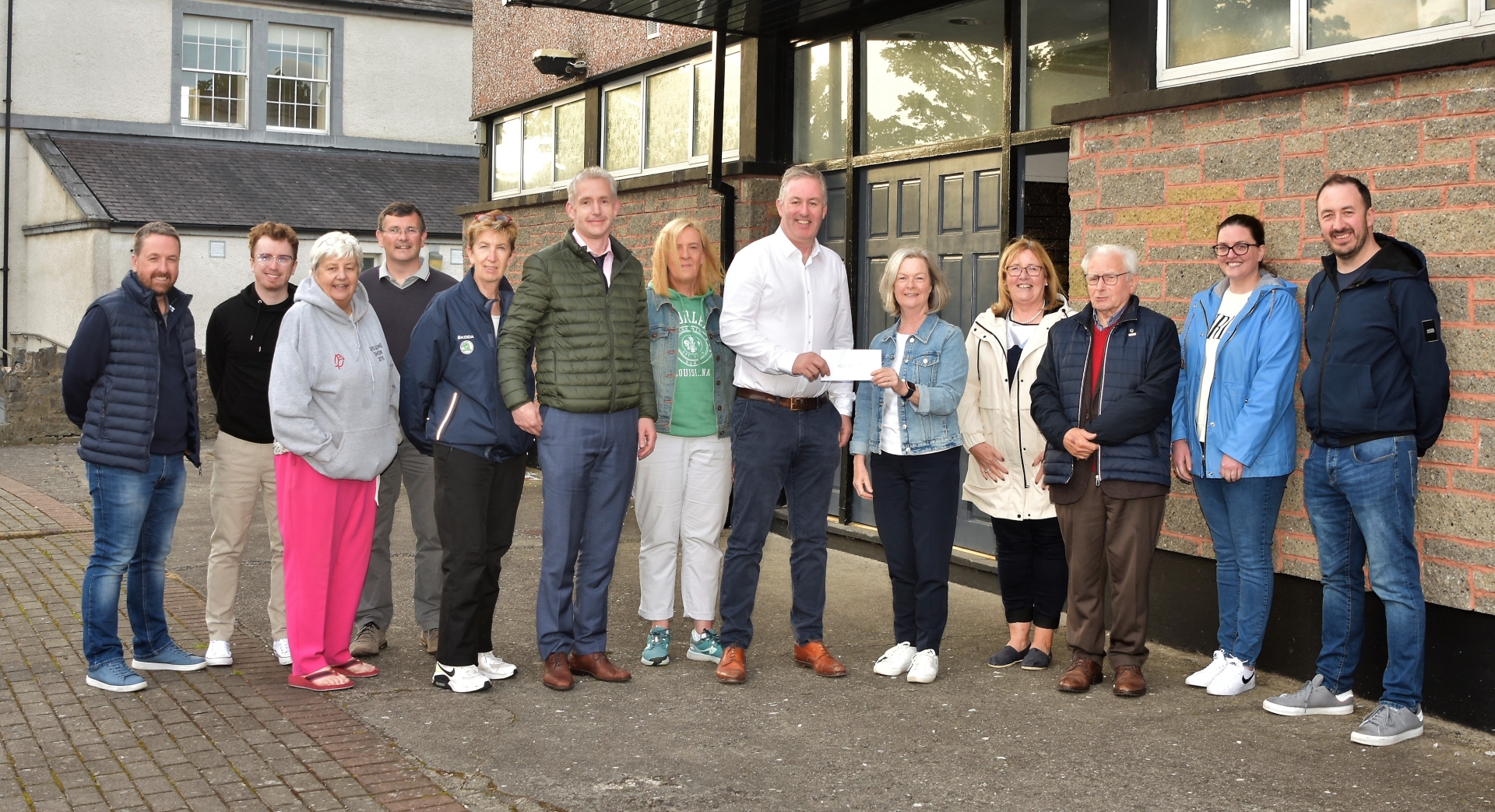 Thurles Musical  Society also supported Thurles Tennis Club with their fundraising and handed over a cheque to Peter Broderick and Lorcan Dunphy recently.

There was much positive comment from both officers in relation to the staging of The Heat is On back in March which was a great success and which led to generous donations to the Cathedral Raise the Roof fund, the Irish Red Cross, and Thurles Tennis Club.

Outgoing Treasurer Antóin handed over the books in a healthy position and paid tribute to the many patrons, sponsors, advertisers and businesses who continue to support TMS year after year. The goodwill towards the Society is second to none, he said.

Prior to the AGM, the committee and officers handed over cheques to the three groups arising out of the proceeds of The Heat is On. TMS was delighted to do this and is very grateful for all the donations and support of the general public with the venture which was a tremendous success from a performance and financial point of view.