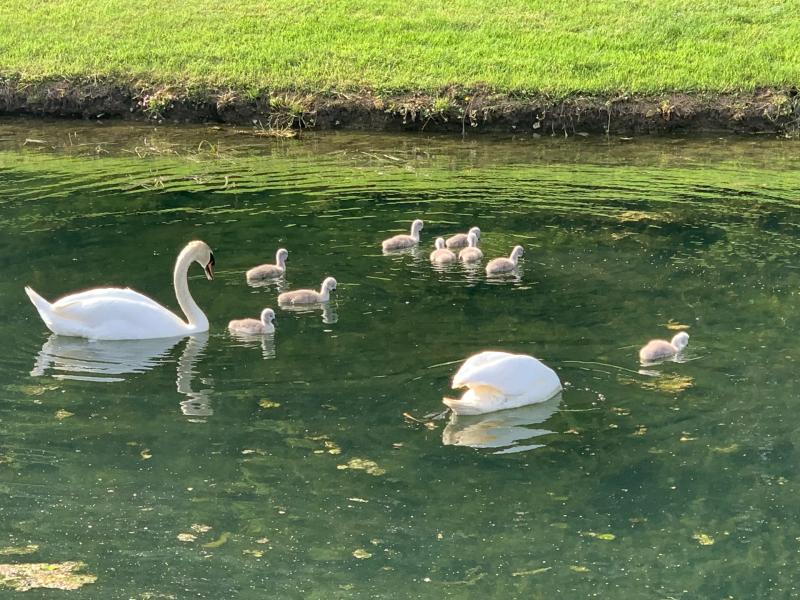 Due to the rewetting of bogs in the Midlands, wildlife in Tipperary has found its natural habitat is disturbed and as a result are migrating to find a suitable home, according to the former Chairperson of North Tipperary IFA, Imelda Walsh.

The Nenagh woman was commentating following a District Court case in which a local farmer pleaded guilty to shooting swans on his land - the swans, the farmer claimed, were destroying his grassland, costing him thousands of euro.

He had been summoned under the Wildlife Act having been reported to the gardaí and was before Judge Elizabeth MacGrath at Nenagh District Court last Friday.

“It is never acceptable to deal with the issue in the manner in which the farmer dealt with it on the day, but as farmers we are constantly under pressure whether it be weather, prices or outside forces.

"However, one has to be cognisant of the circumstances that led to this situation. One would have thought that the project management team would have factored in the effects on wildlife.

“Farmers cannot be expected to be responsible for the nomadic birds. We are faced with numerous challenges in respect of climate change and biodiversity and we cannot be tasked in relation to the consequences of poor decision-making in respect of finding new habitats for wildlife,” Ms Walsh said.