Busy week for Laura Moloney, owner of award winning Laurel the Salon based in Irishtown, Clonmel 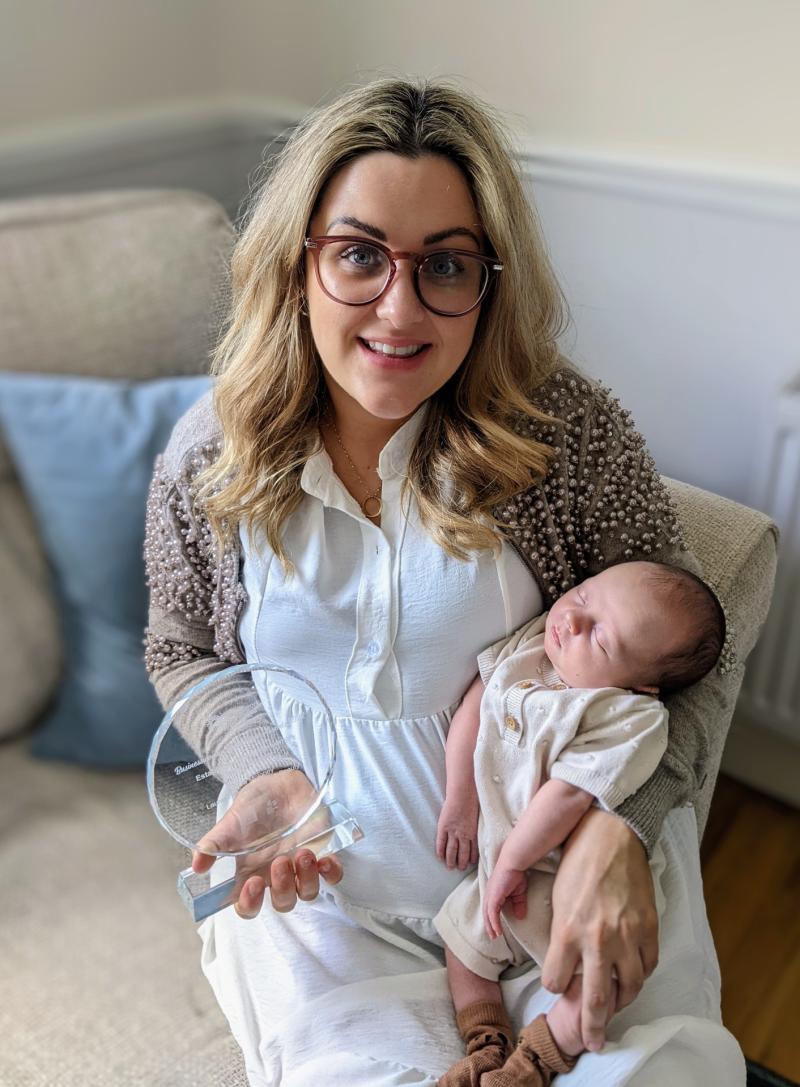 Laura and her partner Andrew are both over the moon with their new baby, Oscar

It has been a busy few weeks for Laura Moloney, owner of award winning Laurel the Salon based in Irishtown Clonmel.

The award ceremony took place at the Anner Hotel, Thurles on Friday, May 20th and no less than 10 days later, Laura welcomed her first child, a beautiful baby boy called Oscar, to the world and mother and baby are doing really well.

Laura will now go on to represent Tipperary in the National Network Ireland Awards. Interviews will take place at the end of the summer & the awards ceremony will be held in early October.

Speaking at the awards ceremony a heavily pregnant and clearly overjoyed, Laura said “I’m extremely grateful to have won this award, it means so much and I would like to thank the category sponsor Setanta College and Network Ireland.”

Fast forward, 10 days later and still working up until the very end, Tipperary’s best established businesswoman gave birth to baby Oscar. Laura and her partner Andrew are both over the moon. Laura commented “The awards were a great distraction coming up to the end of my pregnancy as I began to get restless, so it was great to have something else to focus on. That said, I never thought I would be picking up an award last week and a baby this week, it’s beyond amazing and I’m just so grateful!”

At Laurel the Salon, Laura's vision was to create a professional space that ensured both male & female clients would not leave their town or county to receive the highest standard of treatments in both beauty and skincare, so she opened her doors in 2017. Renowned for their peels, facials, bridal skincare, signature brow and intimate waxing, Laurel the Salon is a thriving local business that has fulfilled that vision and so much more.

Laura commented “I’m so proud of what we have achieved here at the salon, there has been so much hard work by all the team to consistently deliver and we strive every day to raise the bar and exceed expectations. None of this would be possible without the support of our valued clients for which I am most grateful. The client experience is at the centre of everything we do at Laurel the Salon.”

Laura has been reassured that the salon is in the safe hands of the Laurel team while she enjoys a little time at home with baby Oscar. They say good things come in threes, who knows what is in store next for Laura?