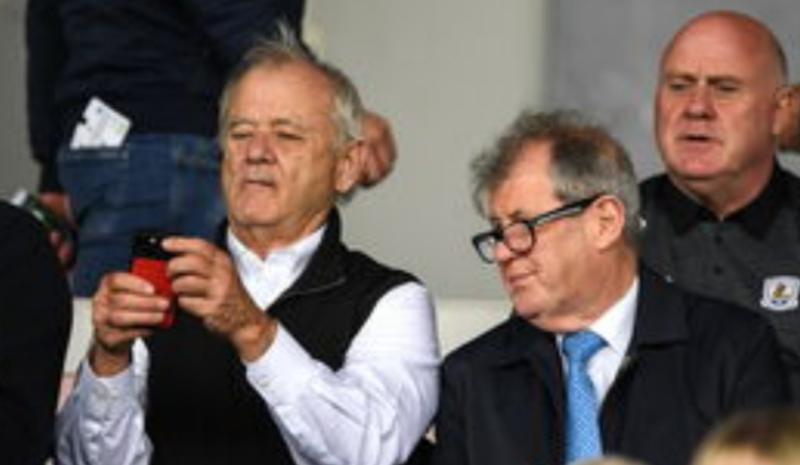 Bill Murray and JP McManus in the stands at Semple Stadium

Bill Murray has been spotted admiring a game of hurling in Thurles’ Semple Stadium, as the two counties his family hails from - Cork and Galway - did battle in the famed GAA grounds.

The Lost in Translation and Groundhog Day star was seen in the stands beside legendary businessman and staunch Limerick hurling fan JP McManus during the GAA Hurling All Ireland Senior Championship Quarter Final match.

The Hollywood star is no stranger to Ireland’s golf greens but this time it was Ireland’s national sport he was admiring from the stands.

The star of Ghostbusters and Scrooged spent a few weeks last year in Ireland filming a Youtube series with author Tom Coyne on Ireland’s golf courses called ‘The Links Life’.

The pair visited Druids Glen, Cruit Island, and Connemara, taking in the Galway Bay Golf Resort and Ballybunion amongst others.

It’s understood Murray’s grandfather emigrated to the US from Cork while his mother’s family has its origins in Galway.