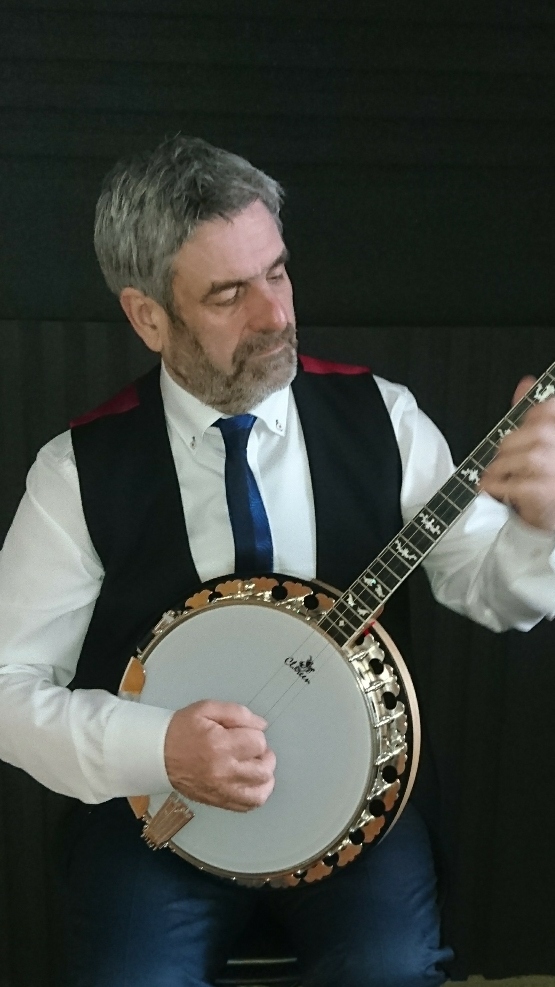 Carrick-on-Suir will be rocking to the beat of its second festival of the month when it hosts the three-day And The Beat Goes On event this weekend.

The town’s Tudor Artisan Hub is organising this “mini” festival on the grounds of Carrick-on-Suir Heritage Centre to “celebrate music through the decades in imaginative ways” .

It will feature a series of free live open air performances from an eclectic range of artists of all ages, who are connected to Carrick-on-Suir and its hinterland.

And The Beat Goes On kicks off with a series of performances held in conjunction with Carrick-on-Suir Farmers’ Market today Friday from 12noon to 2pm.

Opening the festival will be a social line dancing demonstration with award winning Ukrainian dancers and dance teachers Olga and Alinda Rudakova.

They will be followed by a 60s Re-imagined Folk set performed by 22-year-old singer/songwriter/musician Kate de Barra, who won the Eoghan Power Folk Singing competition at the Clancy Brothers Music & Arts Festival in Carrick earlier this month.

Next on stage will be singer/guitarist Aidan O’Callaghan and guitar and mandolin musician Graham Clancy, who will perform a Love the 80s set. The concert will finish with a Modem reimagined pop set with Hanna Walsh and guests.

Linda Fahy of the Tudor Artisan Hub said all the acts will be infused with music themed spoken word pieces composed by writers Sheenagh Geoghegan, Eileen Acheson, Thomas Mullane and John Corcoran, who are members of Poetry Plus, run my creative writer, Margaret O’Brien from Carrick-on -Suir.

There will be more music gigs at Carrick Heritage Centre from 12 noon to 2pm on Saturday. Opening the show will be a performance of 60s Acoustic Rock-Folk-Blues by renowned singers and musicians Gay Brazel, Martin Murray and Maria O’Shea Enright.

They will be followed by an 80s themed dramatic acoustic quintet called Slow Dancing, written by Poetry Plus writers Mary McGrath and Joe Whelan, directed by Suzanne Shine and co-produced by Maria Clancy. Slow Dancing will be performed by actors Paul Sheehan and Jacquie Ahern and infused with acoustic music by Neill Bourke and Kate McDonald.

The public will have another chance to savour the And The Beat Goes On festival at the Heritage Centre ground on Sunday from 2pm to 4pm.

The entertainment begins at 2pm with a 60s Acoustic Rock-Folk-Blues in the Round set with Gay Brazel, Martin Murray and Maria O’Shea Enright.

It will be followed by another opportunity to enjoy the 80s dramatic acoustic quintet, Slow Dancing.

And the last act of the weekend will be an exciting modern avant-garde hip-op set with Carrick native DJ Replay (Seán Murray) with CitrusFruit and Danny Lanham, who are based in Limerick.

The festival will be technically managed by Sound Engineer Pete Smith and sections filmed by Rehan Ali. Tudor Artisan Hub members are invited to showcase their art and crafts at Carrick Heritage Centre grounds over the weekend and take part in collaborative projects.

Contingency plans are in place if bad weather derails any of the outdoor performances. In the event of rain, the Friday gigs will move to The Chapel at the Nano Nagle Community Resource Centre while the Saturday and Sunday shows will move to Brewery Lane Theatre.

Linda Fahy said these #LocalLive events are funded by the Department of Tourism, Culture, Arts, Gaeltacht, Sport and Media in conjunction with Tipperary County Council and are free to the public.

“We invite the public to bring a sun chair and blanket; pick up delicious goodies at nearby eateries and relax and enjoy this unique al fresco live performing arts weekend,” she added.