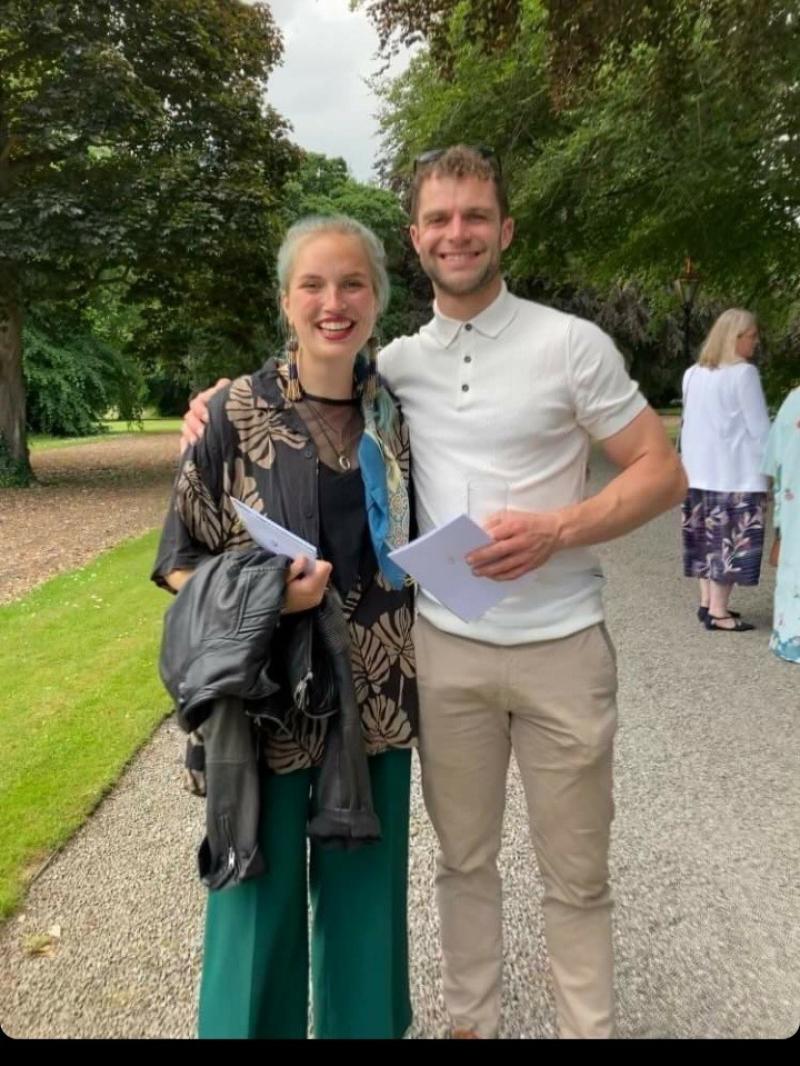 Speaking in the context of the UN’s ‘HeforShe’ campaign, President Higgins stressed how important he felt it was to use his office to convey a simple but vital message: that men must stand in solidarity with women if women’s rights are to be fully achieved.

As a global ambassador for the HeforShe campaign, he called on people around the world to stand together as equal partners to craft a shared vision of a gender equal world, and to specifically undertake the challenge of engaging men and boys to promote gender equality, and to combat gender based violence. (Speech https://president.ie/en/media- library/speeches/speech-at-a- heforshe-garden-party )

Conor, a panelist of the 2019 All-Ireland winning squad and from a well known GAA family has been researching the area of men’s health and masculinity for the past 3 years and is a leading voice for change. His work was recently honoured by the awarding of a prestigious Fulbright scholarship that will see him travel to New York where he will continue his research with leading experts at Columbia University.

Conor was joined by his brother Kieran and his colleague Dr Noel Richardson, founder of the National Centre for Men’s Health at SETU, and a former international athlete.

Speaking about his trip to the Áras, Conor said the President’s call to action puts a timely spotlight on issues that need greater attention.

“A more equal society is one where everyone benefits – there is an alarming rate of male suicide in Ireland, with many men not presenting with the challenges that they face. Much of this is associated with the performance of ‘man’ – in that, men often feel the need to project themselves as strong, self-sufficient and removed from help-seeking.

Often this suppression of emotions presents itself in other ways such as substance abuse, (gender-based) violence and self-harm.  It was great to hear the President speak out and encourage men of all backgrounds to be active agents of change. He rightly outlined the critical role of men in shaping healthier societal norms.

My own research has shown me that there are sub-populations that are more at risk than others – hence, why we need targeted interventions of support. By contesting hyper-masculine norms and creating change, everybody benefits, men, women, and society as a whole. It leads to better and more equitable outcomes for all - including men.”

Another guest of the President and Sabina was well-known musician and founder of the Reclaim Project, Molly Sterling, who said it was great to hear the president show leadership in an area she is passionate about.

He called on us to accept the moral responsibility of being connected to each other. He named the severity of extreme forms of gender based violence that many of us, women, trans and non-binary folks, unfortunately have lived experience of; emotional, sexual and physical abuse in areas of work and home”.

“The President’s words resonated hugely with our work with The Reclaim Project. We respond to our lived experiences of abuse in the arts through creative arts projects and community conversations.

What it meant to hear The President of Ireland recognise what is often unsaid about the beginning of what can develop into harmful behaviours, the ‘small’ ways in which women are made to feel frightened in their own arts communities, sports clubs and even walking alone.So much of women’s work is made invisible to our society.

This work often goes unrecognised, unvalued and unnamed. To feel a transformation in men’s role in the discussion and what it also means to be supported in this area of change by men, to see men like Conor, Noel Richardson, and Richie Sadlier being outspoken around their work is energising”.

Speaking after the Áras event, author, campaigner and former member of the Council of State, Ruairí McKiernan, praised both Conor and Molly for their leadership in the area of social change.

“They are remarkable ambassadors for a new Ireland, both are dedicated, passionate, and committed. We are lucky to have them out there working for change and it’s great to see them being recognised by the President. I think we’re at a critical moment when it comes to the changes that are needed in society and both Molly and Conor represent a kinder, more inclusive Ireland, one that is a better place to live in for all”