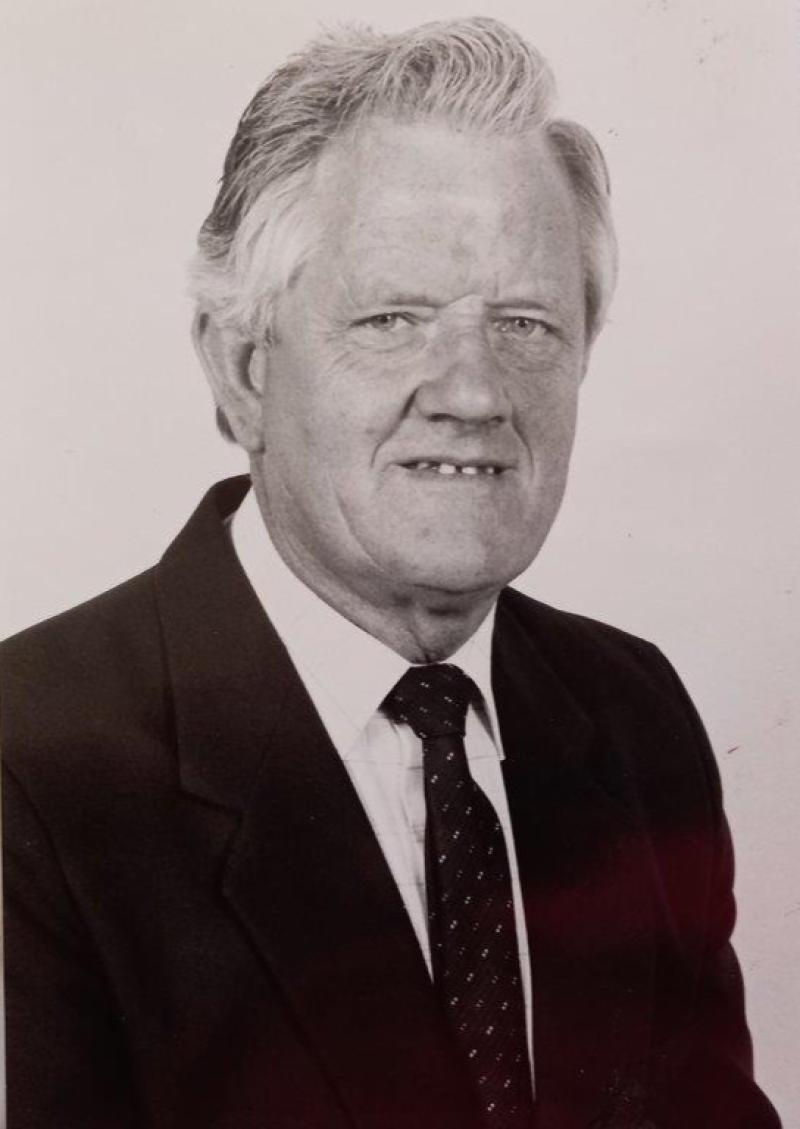 The late Tom Butler, Coolanure, Fethard, a patron of Tipperary Community Games who gave so much to the organisation over many years

Tom Butler became involved in Community Games in 1970 through his great friend, the current president Breeda Christie, who established the games in County Tipperary in 1969.
Tom then organised a meeting in the old ICA Hall known as The Nissan Hut in Fethard. He was elected chairman at that meeting. He was responsible for sowing the seed in the Fethard and Killusty Area resulting in great excitement, enjoyment, honour and glory, with many medals coming to the town and surrounding area to this very day.
Tipperary competed in the first National Finals in Santry Stadium, Dublin in 1970. On that occasion gold medals were won by boys u12 relay team which included Richard Fallon, Fethard along with team mates from Carrick-on-Suir, Thurles and Tipperary Town. In the early days it was possible to enter a county relay team from various areas.
Also in 1970 a silver medal was won by Conor Lonergan, Fethard in U14 long jump. Pierce Dillon competed in u10 athletics. Marie Christie was also a member of the girls u12 relay team that won gold medals.
Tom Butler went on to play a leading role in the organisation at area, county, provincial and national level. He was highly respected and his opinions always valued.
Fethard and Killusty girls volleyball team won gold at the national finals in 1974. They also took silver in 1985, 1986 and 1987, all in Mosney. Alice Ryan, who would become Tom’s daughter-in-law, was manager of the 1986 silver medalists. There was more silver for girls volleyball in Athlone in 2010 when his granddaughter, Lucy Butler was a member of the team. Her parents Alice Butler acted as a team manager and his son Kieran was on hand as photographer.
Tom was a Tipperary delegate at numerous national annual general meetings held all over the country. He acted as county manager at the national finals in Mosney and was a member of the National Security Committee. He was a perfectionist in his work. Breeda Christie has great memories of their travels and good times spent working together.
Athletics was always close to his heart and he was well known for hosting events on his own farm.
Tom and Mary reared a wonderful family. Their children competed successfully in the games and now their grandchildren are carrying on the tradition, competing in various events.
More recently his grandson Tom won a county medal in athletics. He was so proud of all their achievements. The County Tipperary Community Games flag was draped on his coffin on his final journey.
In the words of his son Kieran, “the one who seldom rested has gone to rest.”
Sincere condolonces are extended to his wife Mary and to all the family. We are so proud to have been associated with Tom.
May he rest in peace.