Calls for public to be directly notified about Boil Water Notices

The comments were made at Tipperary County Council's July meeting. 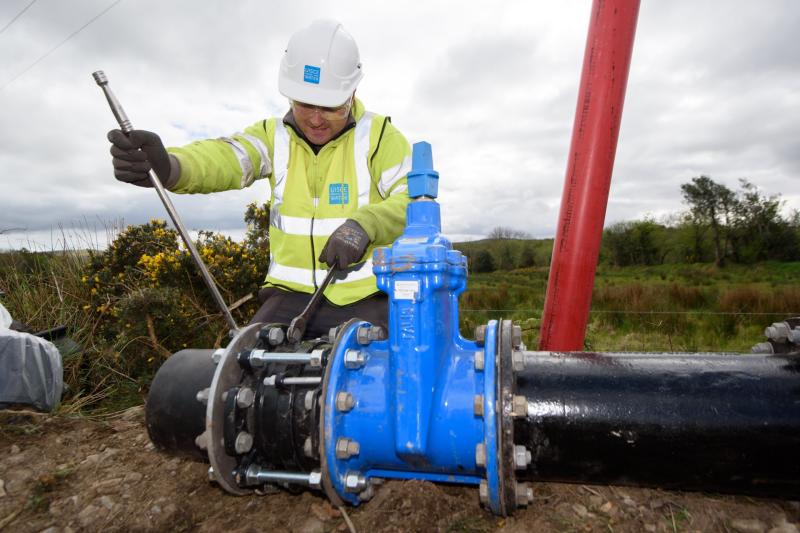 A councillor has called for Irish Water to directly notify the public when they must abide by a Boil Water Notice after many people served by the Galtee Water Supply Scheme only realised such a notice was in place a week after it was issued.

Cllr Declan Burgess from Cashel issued the call at Tipperary County Council’s July meeting where councillors once again criticised the lack of communication from Irish Water during recent Boil Water Notices and supply issues around the county.

Elected representatives also raised their concerns at the council meeting about the frequent disruptions to the water supply.

Cllr Declan Burgess said while members of the council tried to spread the message about the recent Boil Water Notice imposed on residents and businesses served by the Galtee Regional Public Water Scheme, many members of the community remained uninformed.

“There’s only so much we can do in terms of putting it out there on social media, in print and on radio.

“But there were people left behind about the Boil Water Notice which creates a serious health impact on those customers.”

Cllr Burgess recommended that Irish Water develop a system to individually notify impacted customers when a Boil Water Notice is imposed on their water supply.

While thanking the water services team at Tipperary council, he also questioned the unpredictable nature of the county’s water supply.

“We are going to see changes in our weather, so does that mean we are going to be left with Boil Water Notices being imposed and further outages?”

Cllr Kieren Bourke described Carrick-on-Suir as being “turned upside down” by issues with the water supply over the past year.

While acknowledging the recent solution found to water supply issues in the Carrickbeg area, he described how Irish Water should be held accountable and attend council meetings to address problems directly.

Cllr Bourke said: “They won’t come in front of us because of the onslaught.”

Cllr Bourke also expressed concern about Irish Water contractors that had worked on a housing development in Carrick-on-Suir.

During the process of connecting a new social housing block on Kickham Street to the supply, 80% of the town’s population was left without water.

He asked for clearer communication from Irish Water in the form of directly contacting  the people impacted by disruptions.

Cllr Bourke said: “Who reads Irish Water’s website? Who is waiting thinking I must check in if the water is going to be on tonight? It’s a joke.”

Councillors also criticised the inability to contact Irish Water on the weekends for updates on the issues.

Representatives of Tipperary County Council’s Water Services Denis Holland and Eamon Lonergan addressed the queries raised at the meeting.  Mr Lonergan said the concerns around communications and supply issues will be expressed during a meeting with the Regional Operations team at Irish Water in the coming weeks.

While Irish Water has a protocol in place in regards to Boil Water Notices and water quality issues, the council will express concern about Irish Water’s strategy on communicating issues to the public as many fail to see the announcements in the media.

The risk to supply was also noted by Mr Lonergan, who said the four Boil Water Notices in the county in the last month had placed a “significant strain” on employees.

He explained the reason there were more Boil Water Notices was largely down to climate change. Some places they sourced water from, like Crotty’s Lake in the Comeragh Mountains, had low levels of water supply never before experienced due to unprecedented dry weather over prolonged periods.

When this was followed by downpours of rain, it resulted in water treatment plants being flooded.

Mr Lonergan explained this was why Boil Water Notices were imposed but he stressed a lot of the notices were precautionary as they couldn’t take a risk with public health.