YESTERYEARS: The Suir was the most polluted river in the south east 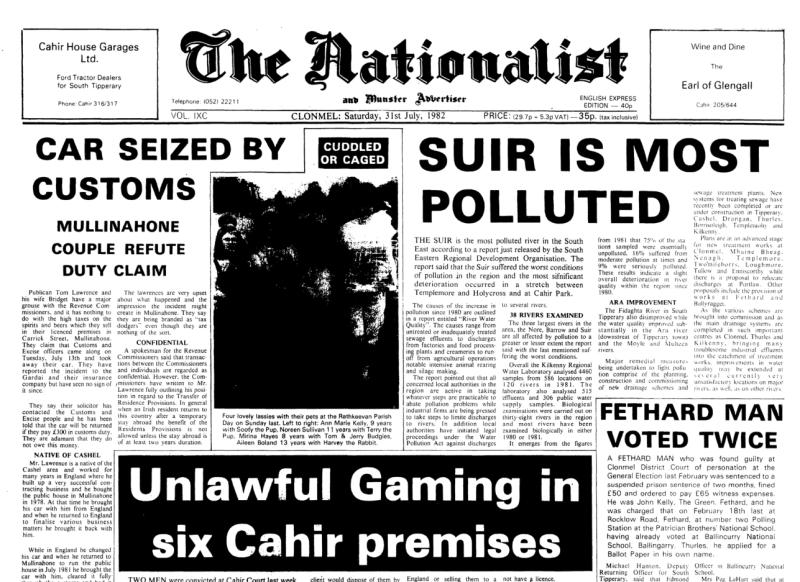 Forty years ago in our issue of July 31, 1982, we led with a front page story which informed readers that the Suir was the most polluted river in the South East according to a report by the South East Regional Development Organisation.

The report stated that the most significant deterioration occurred in a stretch between Templemore and Holycross and at Cahir Park.

Mullinahone publican Tom Lawrence and his wife Bridget had a major grouse with the revenue commissioners in 1982 after officers came and took away their car. Through their solicitor they had been told that the Customs and Excise people would return the car once £300 was paid in customs duty.

The Lawrences were adamant that they did not owe this money and that it was a misunderstanding relating to a previous car they owned, and that they had cleared their car fully through customs.

Elsewhere in a separate story two men were convicted at Cahir Court of promoting or assisting in promoting and providing facilities for unlawful gaming in a number of local business premises.

They were fined £100 on each charge and had the gaming machines involved confiscated. Six premises in the general Cahir area were involved.