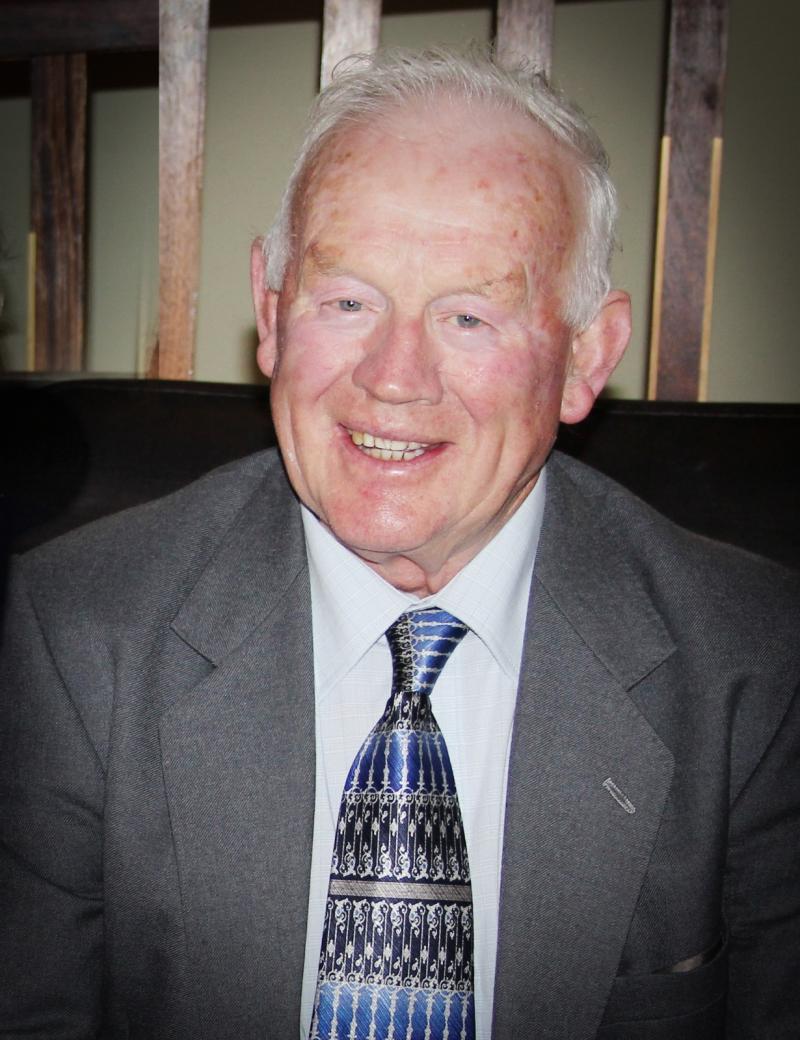 We extend sympathy to the Hogan Family, Peafield, Cloneen, on the recent death of Jerry Hogan RIP.
In his young days Jerry was a talented footballer winning a South Junior Final with St. Patrick's in 1963.
Jerry had been on St. Patrick's teams since his minor days in 1954 but his career was plaqued by injuries which forced him into early retirement.
His brother Peter was also a talented footballer who played most of his football in London following emigration at an early age.
Jerry’s son Davy spent several years on the Tipperary Senior Football team who he helped to victory in the McGrath cup finals of 1989 and 1994 and the All-Ireland B Final of 1995.
At club level Davy helped Ballingarry to victory in the South Tipperary under 14 hurling final of 1982. Davy also helped Patrician Brothers Fethard to victory in the Munster Football Final of 1982.
At club level Davy won South Junior Football Finals in 1986 and 1991 when he also added a county final.
In 1995 Davy helped St. Patrick’s to victory in the South Tipperary Intermediate Football Final. Davy also captained St. Patrick’s- Grangemockler to victory in the South Senior football final of 1990. For many years Davy has been a selector with several St. Patrick’s teams.
Jeremiah and Peter were also members of St. Patrick’s football teams for several years with both winning south medals in 1986.
Helen spent several years lining for St. Patrick’s teams and is a hard-working ladies football selector and administrator.
Margaret is a tireless worker for Camogie and Ladies Football.
The next generation has seen Eabha and Daithi wearing the blue and gold of Tipperary with Siobhán lining out for St. Patrick's.
When Jerry’s coffin arrived at The Church of the Nativity Cloneen it was draped in the Black and Amber of St. Patrick’s and met by a guard of honour of past and present ladies and mens footballers.
Ar Dheis Dé go raibh a anam dilis.