Crowds flock to ceremony at Holy Year Cross near Clonmel 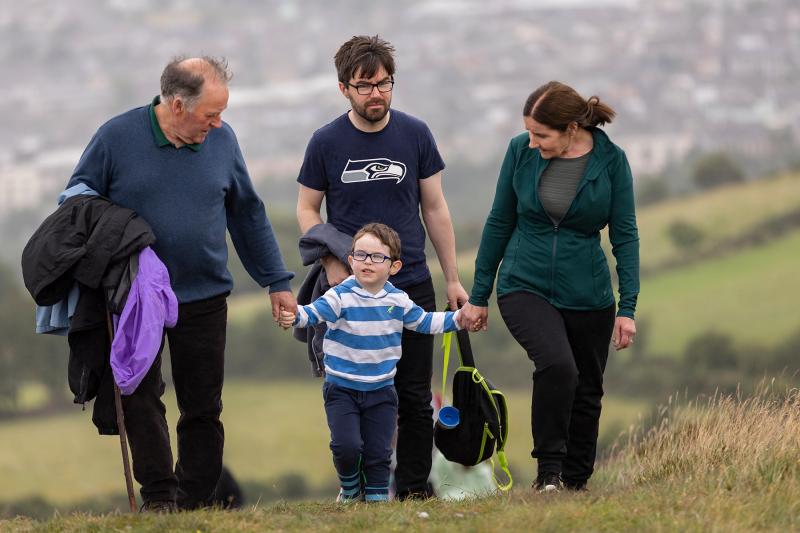 The tradition of celebrating Mass at the Holy Year Cross on the hilltop overlooking Clonmel was revived for the first time in three years on Bank Holiday Monday.
Covid forced the cancellation of the Mass for the last two years but the traditional get-together at Cnoc a Comortais, or Scrouthea Hill returned this year.
A poor weather forecast meant that the numbers attending were slightly smaller than in previous years. However, from early morning a steady stream of people, undeterred by the drizzle that fell during the Mass and that was fanned by strong winds on a mild morning, made their way to the cross for the 11am ceremony. 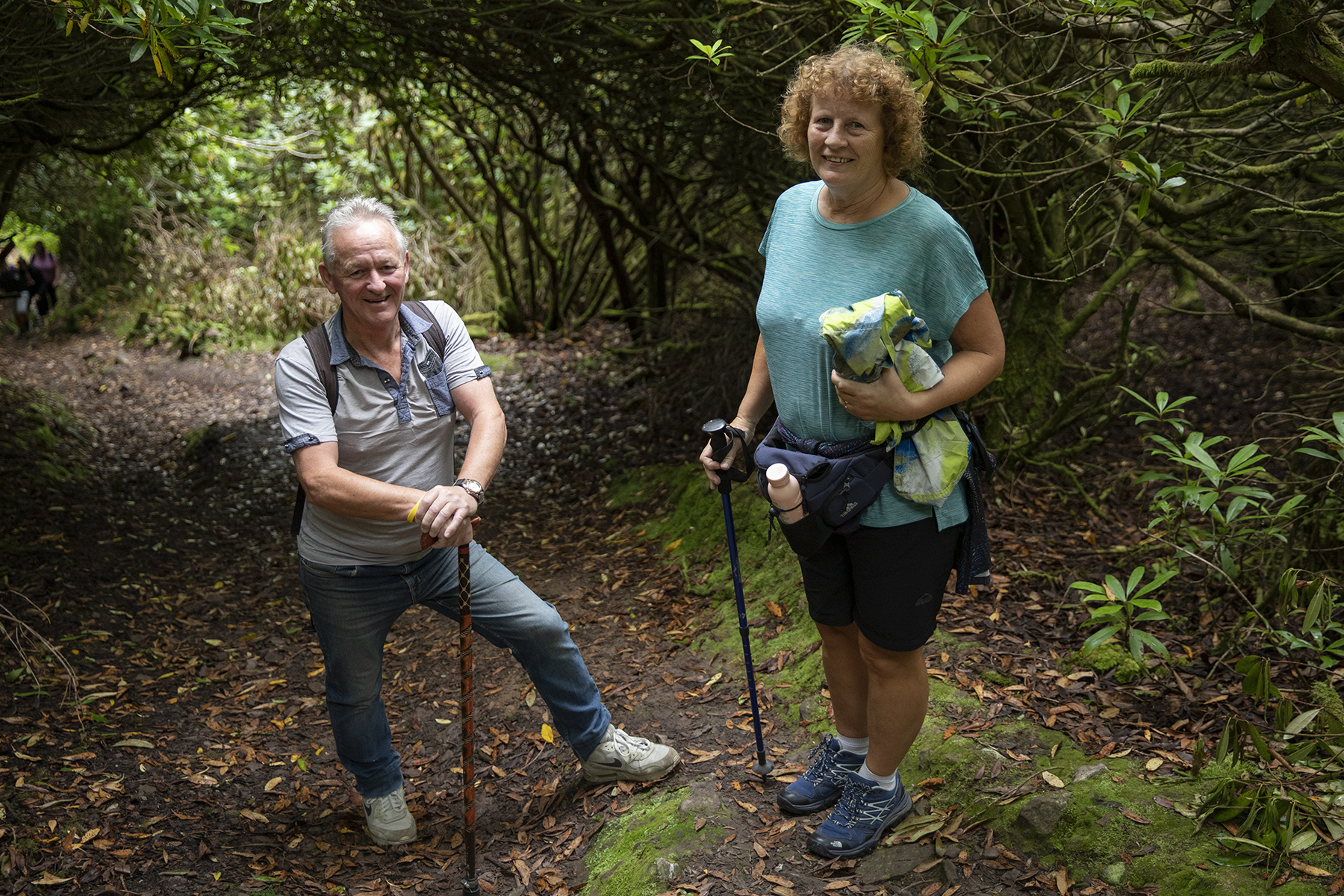 Above: John and Bernie Clarke take a little breather on their way to Mass at the Holy Year Cross. Picture: John D Kelly

Chief celebrant Fr John Treacy, Ss Peter and Paul’s, said people had ascended the hill to what was a special place, and from where they could see the town and the surrounding countryside.
He said he knew how much this annual Mass meant to people.
He said he hoped it would be a time of encounter for all those present; encounter with the Lord and with one another. 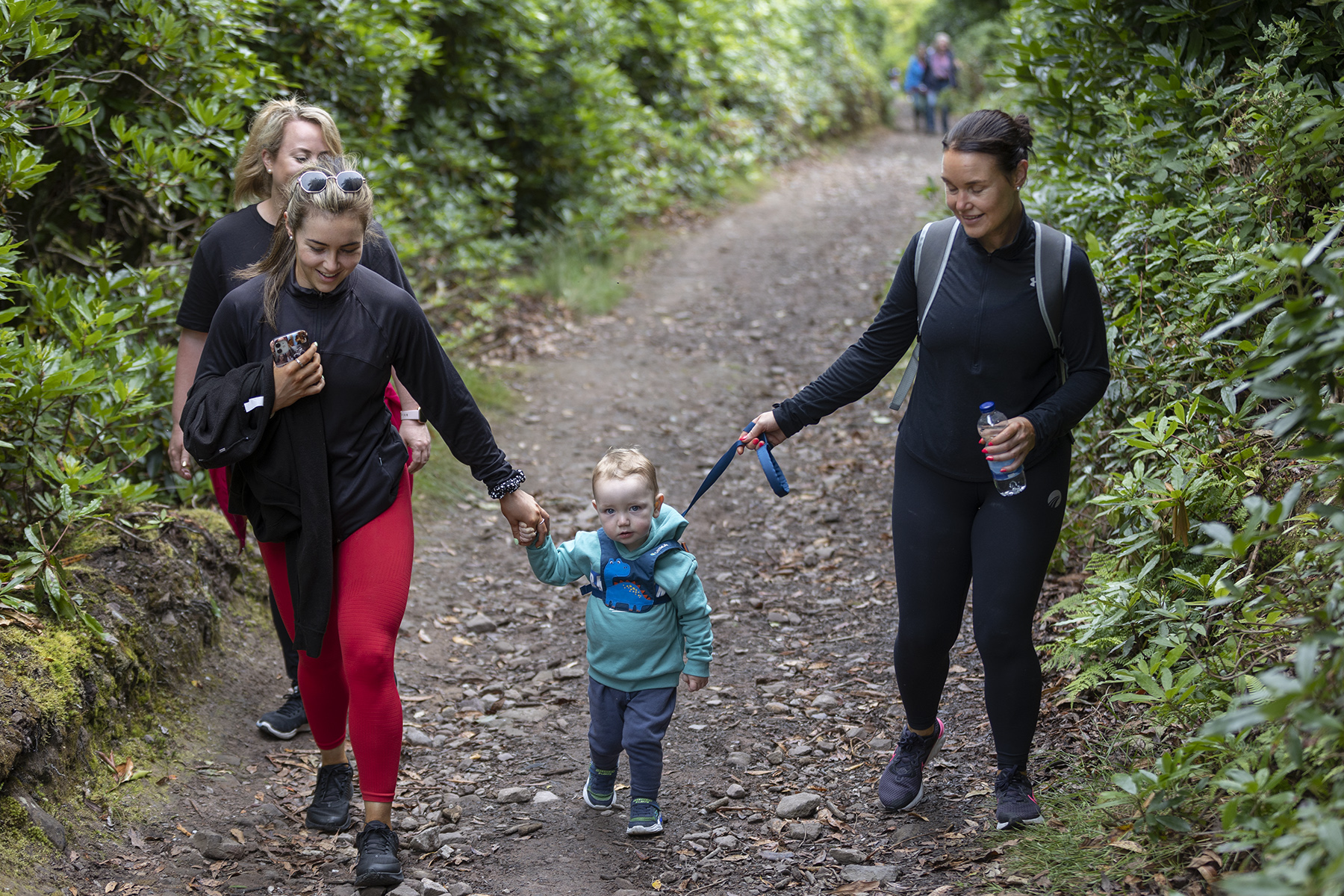 Above: Oran, Susan and Abbie Donoghue were at the Mass at the Holy Year Cross near Clonmel on Monday. Picture: John D Kelly

Fr Treacy was assisted by Fr Deo, Ss Peter and Paul’s and Fr John Nally, St Mary’s, Irishtown, Clonmel.
In keeping with time-honoured tradition the Mayor of Clonmel was present, as Cllr Pat English was joined by his fellow members of Clonmel Borough District, who wore their ceremonial robes.
The cross itself and the surrounding area, which is maintained by a voluntary committee based at the Old Bridge, looked its best for the occasion.
The original cross was erected to celebrate the Holy Year in 1950.
Since then a Mass has been celebrated on the site on each August Bank Holiday Monday.