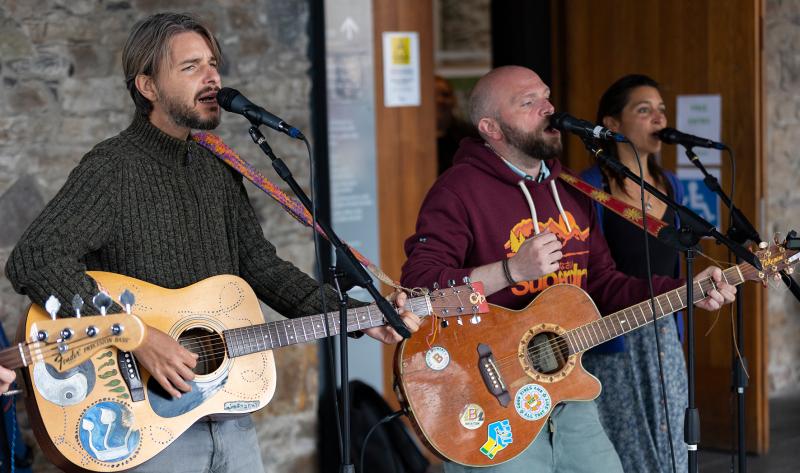 Clonmel's Busking Festival kicked off with a lovely performance from the Cahir Men’s Shed. This talented group of singers and musicians set the tone for the weekend, as onlookers joined in the fun and it wasn’t long before people were up dancing to their popular numbers.
This was followed by a performance by Jukebox Gypsy, a group of musicians that have travelled to the festival before and are incredibly talented entertainers.
Mad Patsy finished the day and the crowd were ready for a weekend of fun.

It was impossible not to be uplifted as Mad Patsy, as he is affectionately known, raised the roof off the Main Guard on Friday and Sunday afternoons, and it was impossible for onlookers not to sing and dance along to this fabulous entertainer who has boundless talent and energy.
Young and old alike gathered around the popular entertainer and enjoyed his unique brand of music and fun. Patsy never fails to bring a ray of sunshine to the festival and this year was no different.
Aine Duffy brought her unique talent to Mitchel Street on Friday afternoon and also to Bakers Bar on Friday night.
Rob Strong, a favourite of the festival, entertained a packed Bakers on Saturday night with his usual energy and enthusiasm.
Gina and the Champions packed out The Coachman on Friday night and the ever- popular entertainer and her band kept everyone on their feet with an evening of wonderful music.
The Pheasant Pluckers were enjoyed in Phil Carroll’s on Friday night, while the Tipperary Ramblers entertained in Mulcahy’s and Highland Paddy was enjoyed by a big crowd in Lonergan’s Bar.

This is good news

Foul Play played a fabulous set in the beer garden at Annie Kehoe’s pub and everyone who attended was delighted to see the popular and talented musicians. They also played a rousing gig in Moran’s on Saturday night that had the pub rocking.
Lorraine and Caoimhe didn’t disappoint on Friday night in Moran’s and these two talented ladies had the crowd in the palm of their hands with their amazing music and vocals.
RK Vocal Studio started the entertainment at the Main Guard on Saturday morning and a group of talented young performers took to the stage to showcase a wonderful array of numbers, and amazing the crowd with their level of talent and confidence.

This was followed by the busking competition, which again was of such a high standard the judges were not to be envied.
This display of new talent, young and old, is what the busking is all about and if the entrants this year were anything to go by the future of the festival is in good hands.
Sonic Fitness Gymnastics also showed us some incredible moves on Saturday morning and The Tipperary Ramblers, who performed under the Main Guard on Saturday afternoon were a resounding success as always. 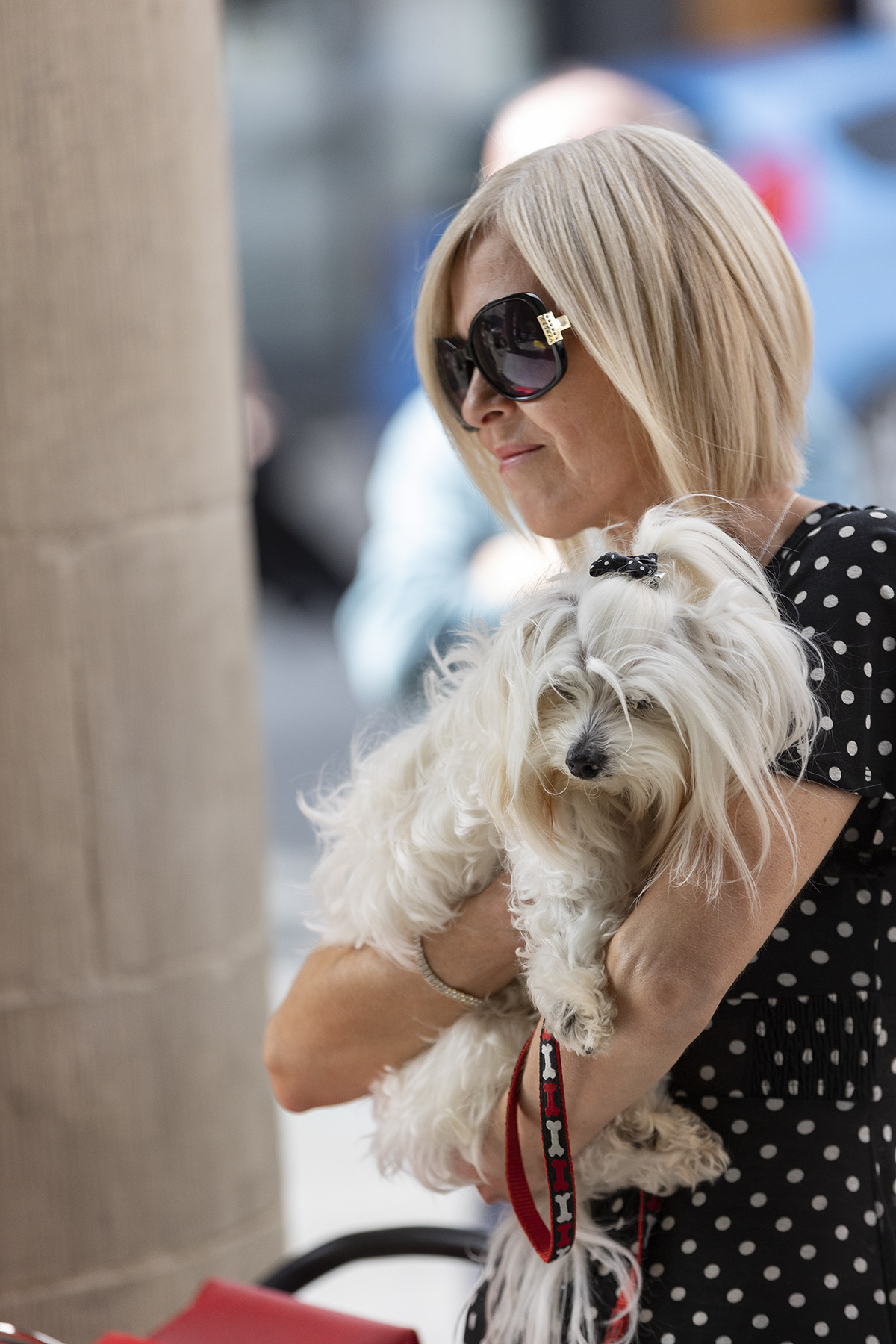 Above: Veronica McCormack and Bella enjoyed the entertainment at the Main Guard during the Clonmel Busking Festival

Riverbed Diamonds in Eldon’s, Terminal 2 in The Coachman, Ross and Alan in Phil Carroll’s, the Rebekah Keogh Duo in Mulcahys, James Downey in Lonergan’s and Pat Holland in Careys all provided wonderful gigs on Saturday night and there was something on around town in several venues to suit everyone’s taste.

All the gigs over the weekend were free of charge, ensuring that they were accessible to all and there was no shortage of top notch entertainment night or day.

The grand finale took place in Lilly’s Lane on Sunday afternoon with a Grand Jazz and Motown Sunday.
This family event was attended by a huge crowd. The atmosphere was fun and relaxed and as the sun shone down on the last day of the festival Deise Brass played from 3pm to 6pm, and they were accompanied by some wonderful dancing displays.
They were followed by the Papa Zitas, who finished the event in style with an upbeat, electric performance that had the crowd on their feet from beginning to end.
This wonderful venue allowed everyone to relax and enjoy great entertainment, dancing and music under the summer sun.

A trad session in The Coachman, Devils Cadillac in Bakers and In Laws in Lonergans completed the festival for another year.
An Elvis tribute night, Loose Cannons and Big Generator also drew large attendances throughout the weekend.