Tipp woman carving out a life in music

Muireann combines her passions for music and woodcraft

Muireann Ní Sheoighe Eachthighearn at work in her workshop in Knocklofty

A young Tipperary woman is carving out for herself a unique life pathway after marrying her two great passions .
A love of music and woodwork from a very early age has set Muireann Ní Sheoighe Eachthighearn on a very interesting life journey.
As far as she is aware, 26-year-old Muireann is the only Irish female violin maker in the country.
Muireann is a luthier and she can remember very clearly the single moment that she realised that not only was this the career she wanted to pursue but it was also exactly the life plan she desired.
That realisation came after she visited the workshop of renowned violin maker Ian Knepper in Cork while she was a student at the School of Music in the city.
“I was just fascinated how he could manipulate and bend wood to create these magical instruments. I realised then that this was everything I wanted to do and everything I wanted to be,” said Muireann.
From that moment Muireann knew precisely the course her life would take.
Muireann completed her Degree in 2019 and in September of that year she went to the Newark School of Violin Making in Nottingham. 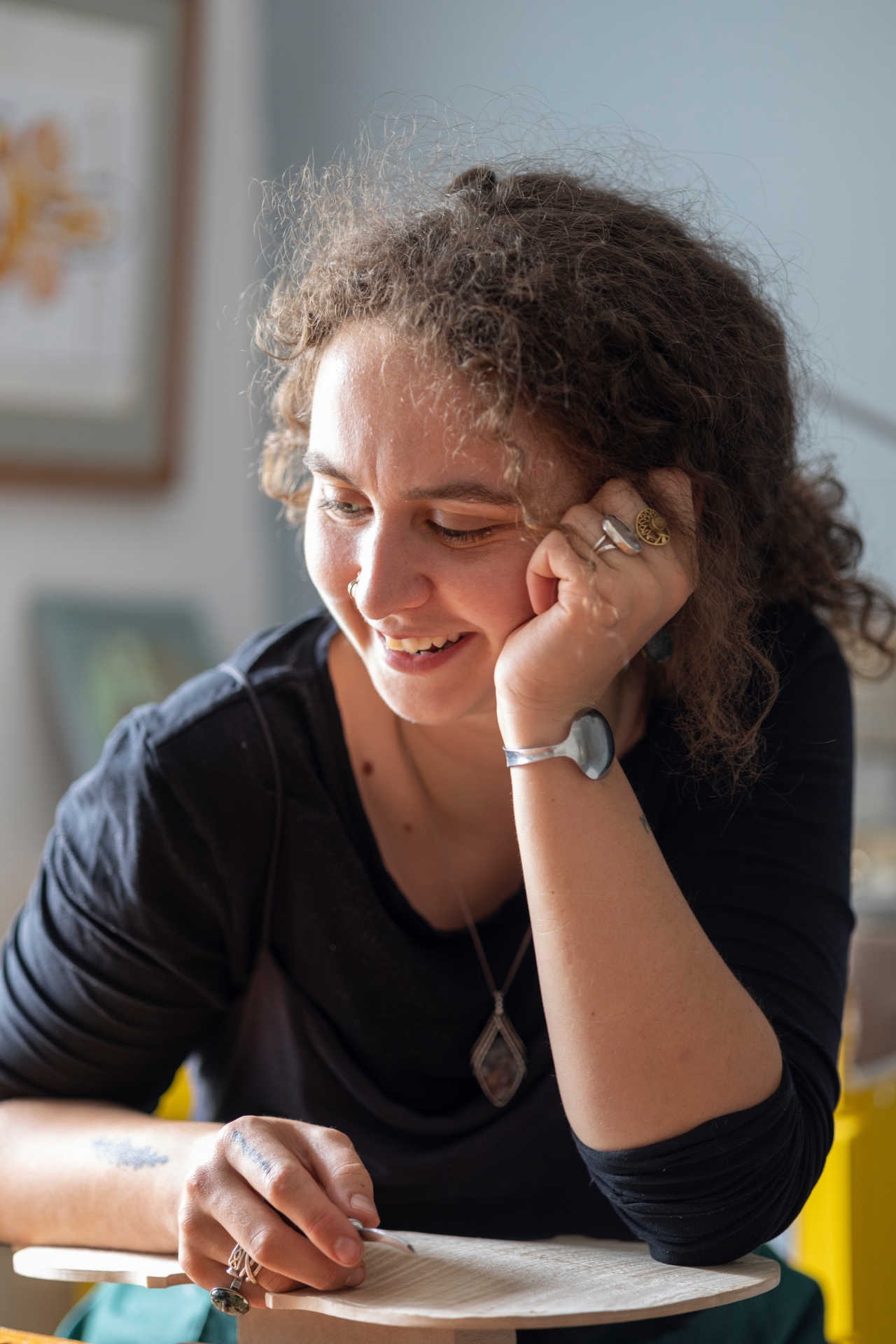 After taking a year out in 2021, Muireann is heading back to Nottingham next month to finish her final year of her course.
She has just returned from a ten-day visit to Norway where she was privileged to gain invaluable work experience in the workshop of Hardinger fiddle maker, Salve Haakedal.
“I lived there and worked with him for ten days. It was an amazing experience to see how he went about creating these instruments which are the national instrument of Norway and which are different to the Irish fiddle in design,” said Muireann.
Muireann, a daughter of Mark and Breda, has set up her workshop over her father’s garage at home in Knocklofty.
It is a creative and busy space as Muireann is surrounded by a range of instruments and the different stages she is at in making commissioned instruments is evident. 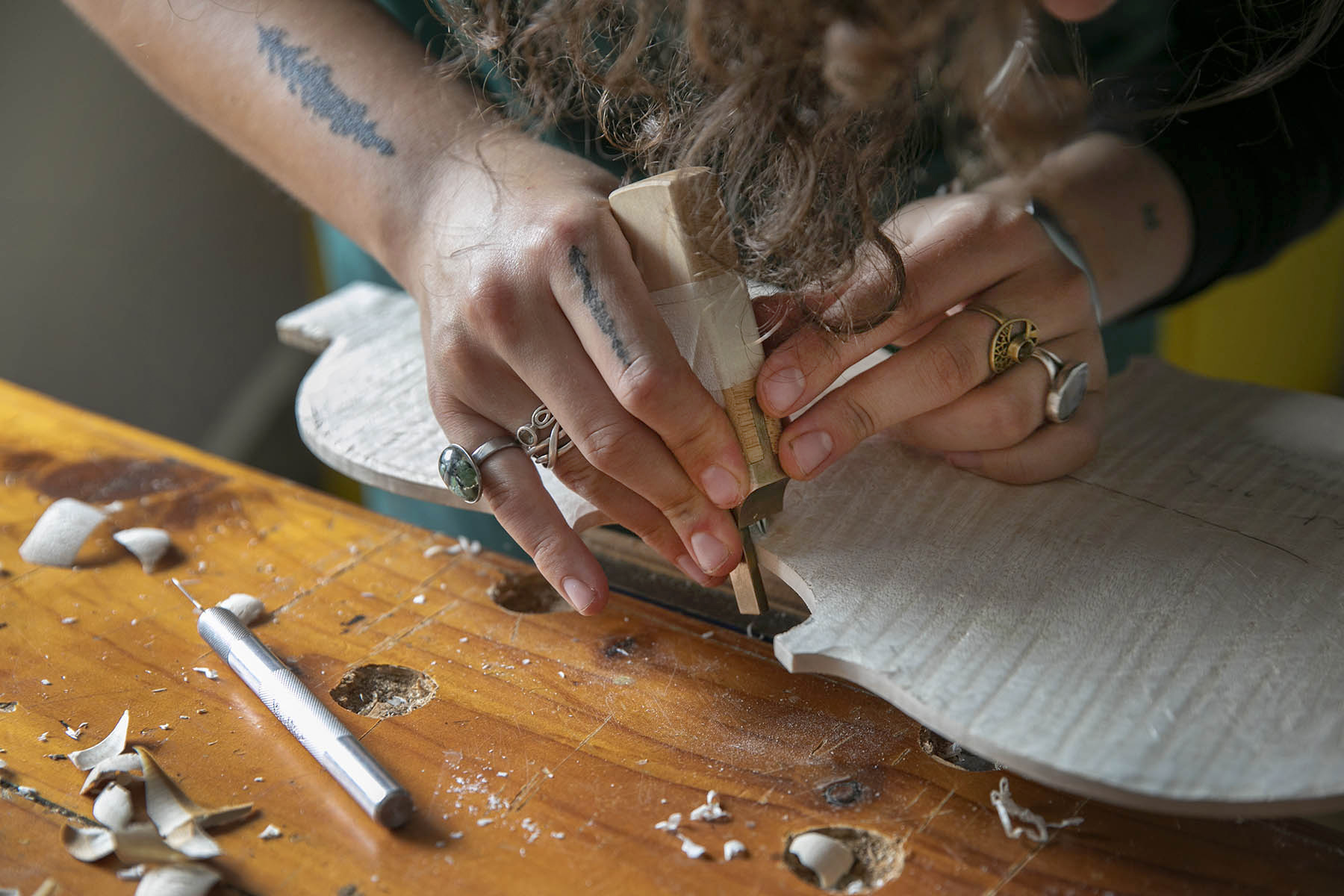 Her grandparents’ generation were musical but it would be a stretch to say that she had a musical family background.
Muireann’s interest in music began when her older sister Caoimhe took up piano lessons and she wanted to follow her.
“That was the start of it. From the age of seven I was fascinated by music and musical instruments,” said Muireann.
A past pupil of Grange National School and Loreto Secondary School in Clonmel, Muireann is now an accomplished classical and traditional musician that can play an impressive array of instruments.
Muireann is grateful to everybody that supported and encouraged her to develop her musical skills over the years and in particular her family and her music teachers at Loreto, Ms Marie Mullan and Ms Breda Geoghan.
Her interest in woodwork would have also started at a young age and it was nurtured by her father Mark in his workshop at home. 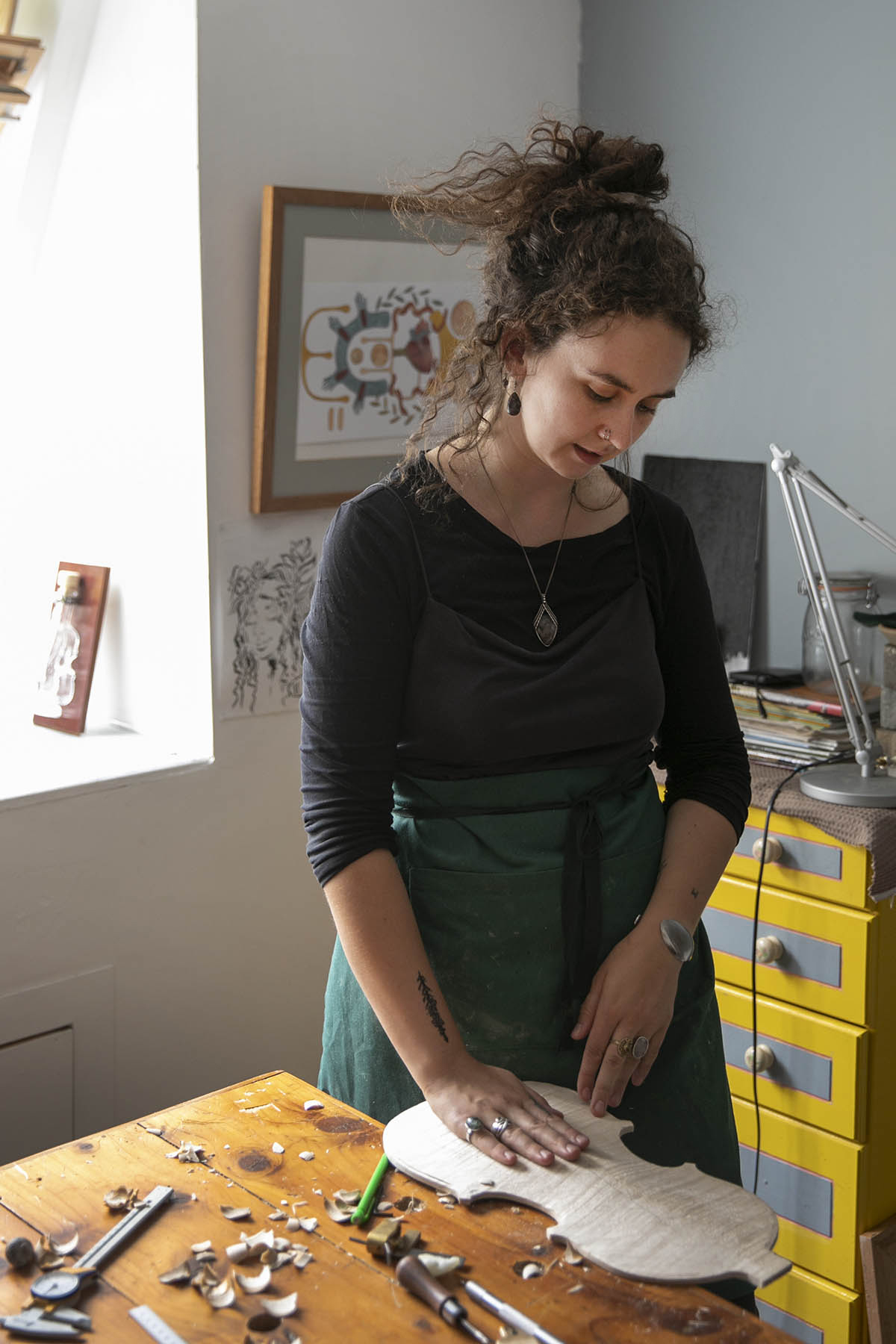 During summer breaks from college Muireann went to America for three summers to teach woodwork at summer camps in Seattle.
With one year left to go in college in Nottingham, Muireann is satisfied she has made the right decision to become a luthier as it combines music and woodwork.
“Being a musician I understand and have a knowledge of what musicians want in an instrument. An instrument is very personal to each musician and they have to have a feel and a flow with the instrument and I set out to achieve that for them,” said Muireann.

The wood for the violins she makes is sourced in Bosnia or Romania, mostly Maple and Spruce, and that is her starting point.
She then embarks on a fascinating process beginning with the molding of the wood in a template.
“You have to steam bend the wood. You are at the will of the wood really as every piece of wood is different and every piece you make will be different because of that,” said Muireann.
You then start to create the body of the instrument by joining the pieces of wood together before moving on to make the sound holes for the instrument.

Registration evening for music classes for the Cashel branch of Comhaltas


Muireann then starts to work on the neck of the instrument , known as the scroll, which is the decorative part of the instrument.
It is then completed with the “setting up” of the piece with the strings and the bridge as it all comes together.
The instrument is always made in “the white” before it is varnished.
Muireann, who works part-time in No Filter in Clonmel, will head off for Nottingham again in the middle of September.
Looking ahead, Muireann hopes to return to Ireland after completing her studies in Nottingham and work under somebody else to gain experience. Muireann would like to set up her own base in a Gaeltacht area and be her own boss.
“I would like to work with other craftspeople and work in the community through workshops and teach other people how to make instruments,” said Muireann.
ADVERTISEMENT - CONTINUE READING BELOW