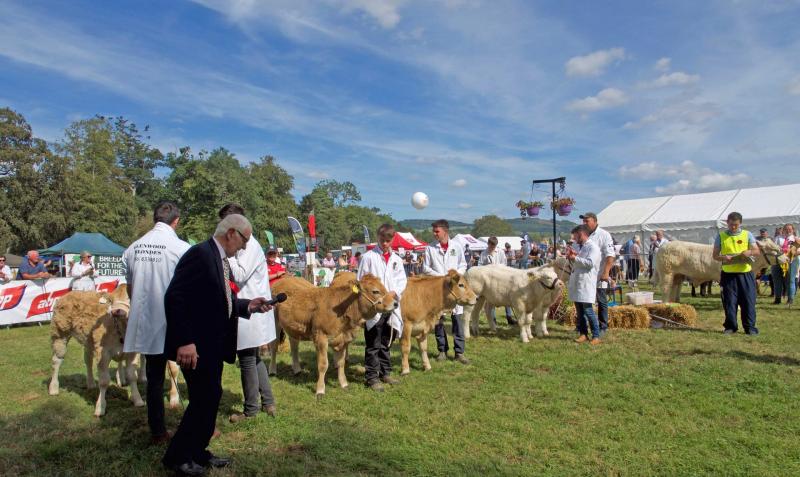 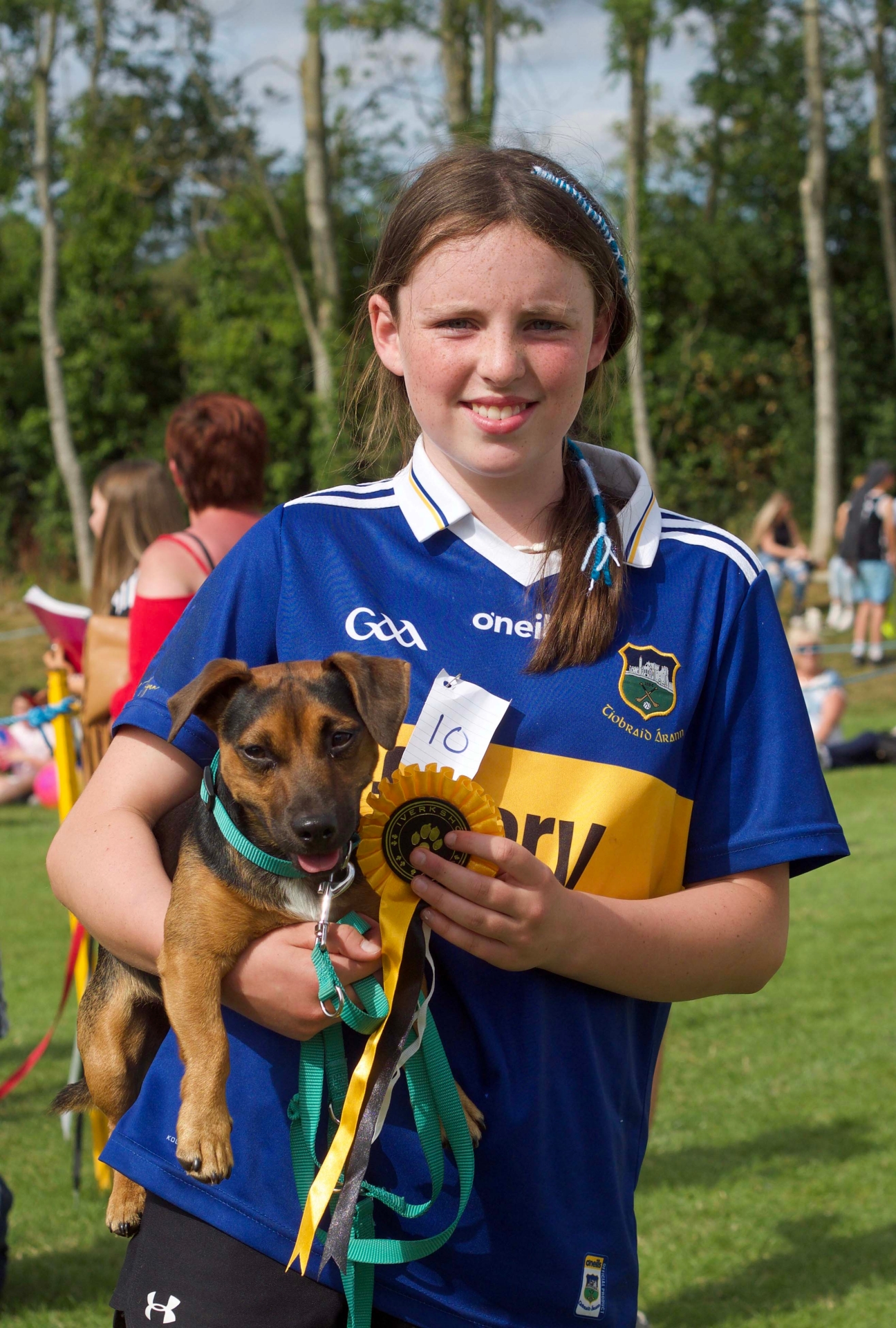 Neasa Dwan from Cashel with Jack Russell 'Sanka', who won two 4th places in the Terrier categories at the Dog Show at the Iverk Show last Saturday.

The Iverk Agricultural Show returned bigger and better than ever after a two-year hiatus, with the organisers reporting that a record crowd enjoyed the event at the showgrounds in Piltown near Carrick-on-Suir.

This undoubtedly added to the huge turnout of visitors to the South East’s biggest showcase of all that is best in farming and rural life.

The show boasted a prize fund of more than €100,000 with the cattle section alone distributing €67,000 in prize money across 47 classes, which attracted entries from all over the country.

One of the top cattle competitions – the All-Ireland Irish Angus Bull Calf Championship - was won by Mark Beirne from far off Leitrim.

There were competitions and events to suit every age and taste at the show from the traditional cattle, sheep, pony, horse and poultry classes to showjumping, a dog show, flower arranging, vegetables, fruit, baking, arts and crafts classes.

Some highly imaginative creations were on show in the All Creatures Great and Small class in the Flower Arranging section where children were set the challenge of creating an animal or bird from fruit, vegetables or vegetation.

Owls made of melon and pineapple, sweet potato and branches, a penguin crafted from an aubergine and giraffe with carrots for legs, a broccoli body and leak neck were among the ingenious models produced for the contest.

Flower Arranging Committee members Mauney Doyle, a native of Ardfinnan, and Mary Ryan, who originally hails from Moorestown, Cahir were very impressed with the standard of the entries.

Mauney said it was amazing what the children can create and pointed out the entries inspire others to take part.
“Lots of kids come along and see the competition at the show and say we will do it next year,” she said.

Along with the hundreds of show competitions, there was a rich variety of other attractions to browse around ranging from a music stage, funfair amusements and rows of shop stalls and trade stands tents, to an impressive display of vintage cars, tractors and engines and fashion show tent.

One of the most popular events of the day was the hotly contested tug-of-war contests that drew large crowds.
Iverk Show competition results can be viewed on the show’s website: www.iverkshow. ie

Check out our page of photos of local people enjoying the Iverk Show in this week's edition of The Nationalist now in shops.