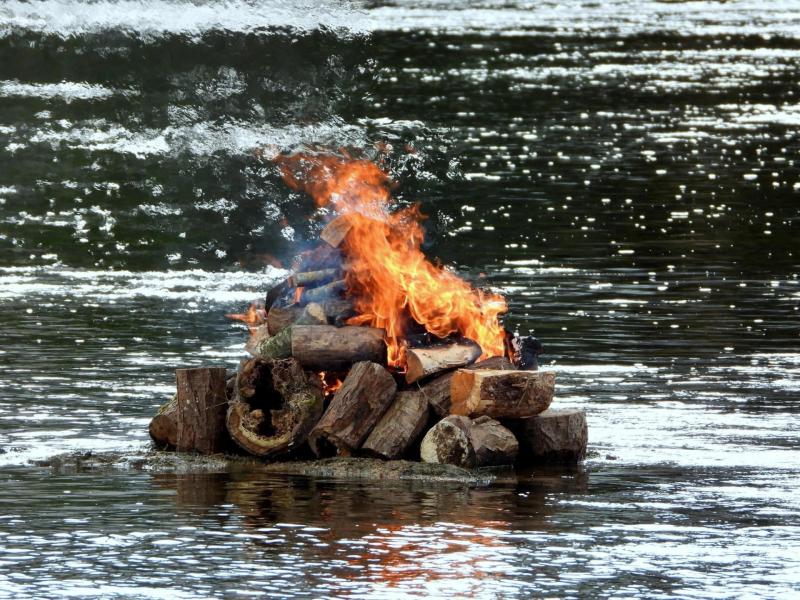 A fire was lit once again on Kenny's Rock in the River Suir yesterday (Thursday) as it was exposed once more due to low water levels caused by the dry spell of weather.

The fire was lit on the rock for the first time in living memory in the early hours of Monday, August 15 by Carrick-on-Suir boatman Ralph O'Callaghan and his wife Catrine when it emerged from the depths of the River Suir at low tidy after weeks of dry weather plunged the river's water level.

Ralph and other local fishermen lit the fire again on Kenny's Rock yesterday evening at low tidy, this time watched from the quayside by a curious crowd of local people.

The fire was filmed by RTE and featured on the RTE 1 news yesterday by the station's South East Correspondent Conor Kane.

Lighting the fire on Kenny's Rock is a tradition carried out by Carrick-on-Suir boatmen and fishermen and is believed to have originated as a rain making ritual.

Read full story in next week's edition of The Nationalist.