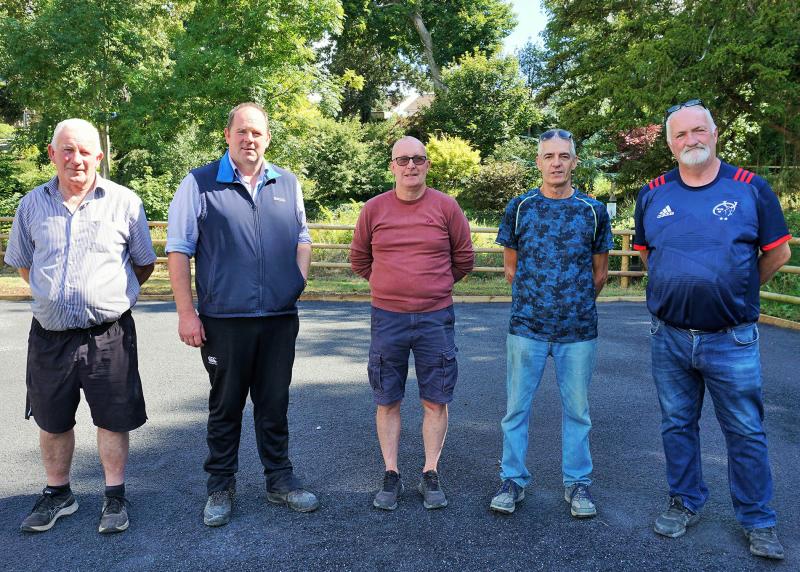 Cahir Pétanque Club, a short history
Cahir Pétanque Club was formed in the 90s and was affiliated to the IPA Irish Pétanque Association.
At that time it was one of only a few organisations that represented the whole of Ireland. From humble beginnings the club grew in strength.
The club had members who represented Ireland in the Celtic Challenge which is a competition between Scotland, Wales and Ireland. It is an annual event and played in alternative countries. The Cahir Club was well represented almost every year in this competition.
In fact the club had the privilege of hosting this competition in the beautiful setting of the Inch field beside Cahir Castle at which Ireland were the successful team.
The club also had members that represented Ireland in the World Championship which is held mostly in France every year. What a great honour indeed.
The club had a few lean years when people were busy with families and work commitments etc. and the club phased out.

NEW BEGINNING
Now it’s time to begin again on the new Piste that has just been completed in the Inch Field once again.
The Piste will be wheelchair friendly and the members look forward to meeting anyone who is interested in playing. The club has to thank Councillor Andy Moloney and Cahir Tidy Towns, John O’Meara Roads Manager and his team in the Tipperary County Council for making the dream of a new start for the club a reality so many thanks to all.
The club will post updates of start date, days and times once confirmed, so watch this space for more details.