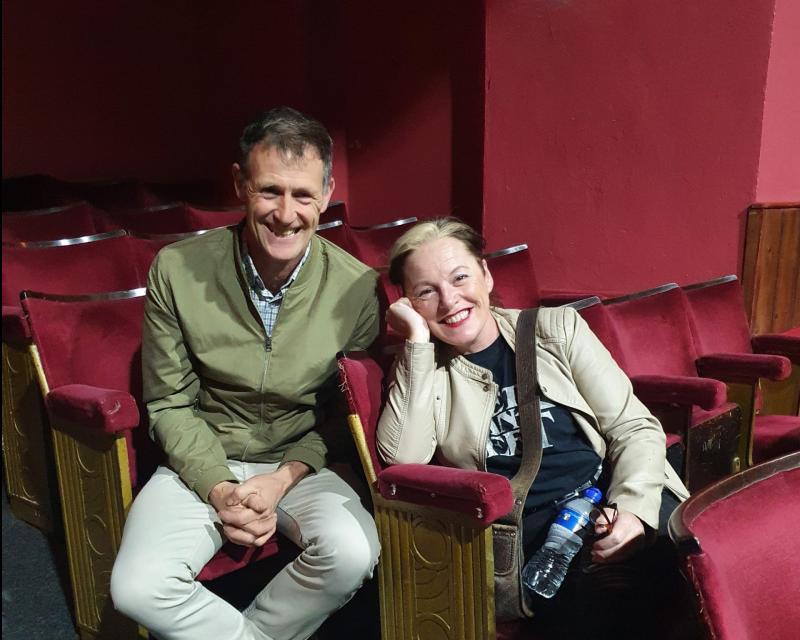 It kicks off with the participating artists receiving a 10” x 12” canvas and sitting in a circle. They will paint on the theme Running up That Hill in tribute to singer Kate Bush, who recently broke three Guinness World Records with the song of the same name.

“The artists spend 10 minutes painting on the canvas. Every ten minutes they give their canvas to the person on their right.

“The artists can do whatever they want to with the canvas when it is in front of them. They can follow the other artist’s idea or completely redirect the painting.

“This swapping will continue for 60 minutes, when all artists will have spent 10 minutes on each canvas.” Linda pointed out that all the art pieces created during the paint switch challenge will be auctioned to benefit a charity.

This event will be followed by the staging of a new play with musical interludes called Slow Dancing UNCUT in the Nano Nagle Community Resource Centre chapel from 8pm to 9.30pm.

Linda described the play as an “experimental dramatic and acoustic piece”, written and performed by Mary McGrath and Joe Whelan with music performed by Neill Bourke and Kate McDonald. Maria Clancy is the director while the Tudor Artisan Hub is producing the drama.

Slow Dancing UNCUT has a “nostalgic link to the 1980s”, said Linda, who added that the drama’s writers were inspired by the part music played in their lives as teenagers.

The play tells the story of two people who find themselves at a turning point in mid-life and stumble upon each other again. The play poses the question should the past be left behind or is it like an old favourite song that you can return to again?

Linda said the performance will be followed by a question and answer session with the team behind Slow Dancing UNCUT.
She advised people interested in attending Running Up The Hill paint switch challenge and Slow Dancing UNCUT on Culture Night to pre-book their places in advance. You can do so by emailing: tudorartisanhub@gmail.com or phoning the Hub at (051) 640921/(086) 2560609.